Autumn Colors in the Ozarks 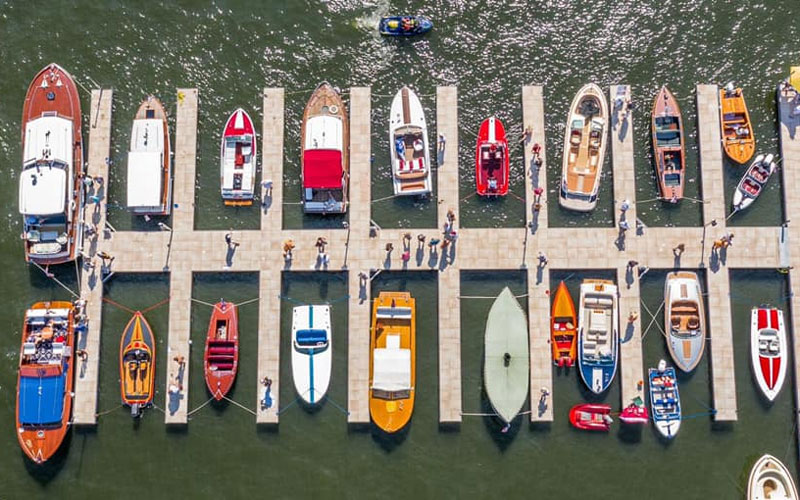 After six months of not seeing each other or boating together, Heartland Classics Chapter members were craving the usual camaraderie experienced in the normal yearly events. Rendezvous was the answer to 2020. And it worked to give us a boating fix and friendship reinforcement.

Lake of the Ozarks Rendezvous Video

“Rendezvous” meant doing the fresh-air thing without indoor meals. Margaritaville Lake Resort hosted the event offering the 24-slip dock plus courtesy slips and outdoor catering. Mark Engstrom, John Mason, and a small group of Heartland Classics members who live around Lake of the Ozarks publicized the event and the classics showed up from around the Midwest…30 boats in the water and 10 more in the parking lot including the Oscar Mayer Wiener Mobile. Several members of the Mississippi Valley Chapter also joined in the fun. 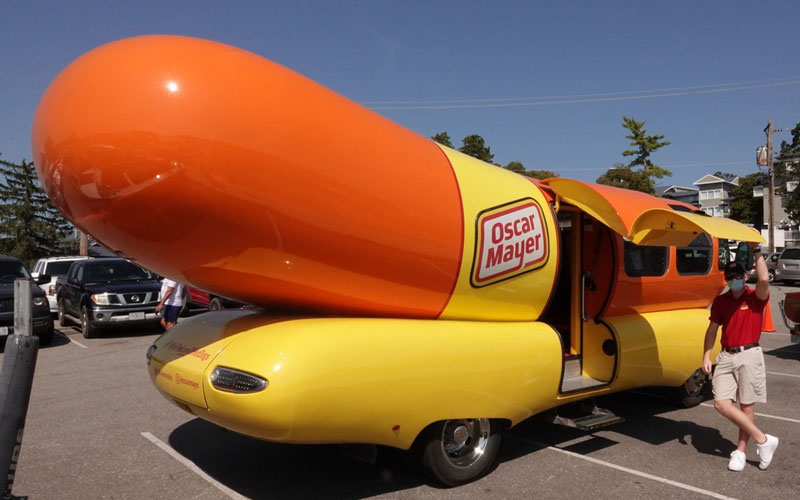 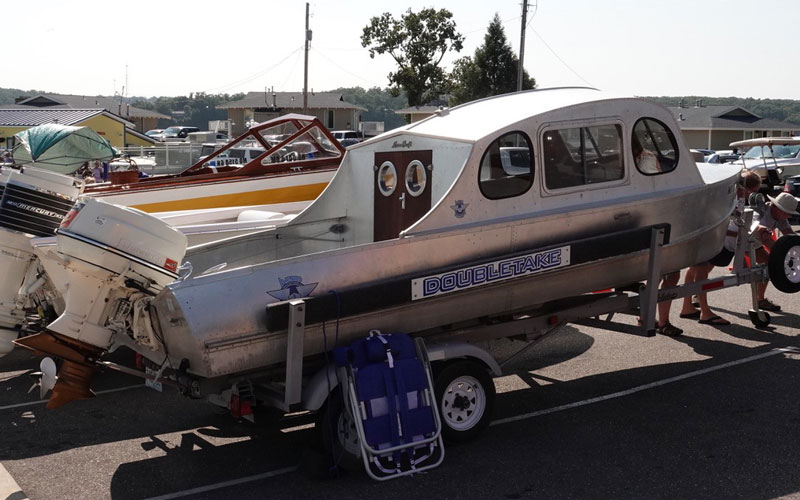 The boats ranged in age from an Antique 1931 Hacker Craft owned by Bill Overman up to the 2020 30’ Chris Craft on display by the event sponsor Big Thunder Marine. Many of the boats have spent their entire lives on Lake of the Ozarks and are family heirlooms. 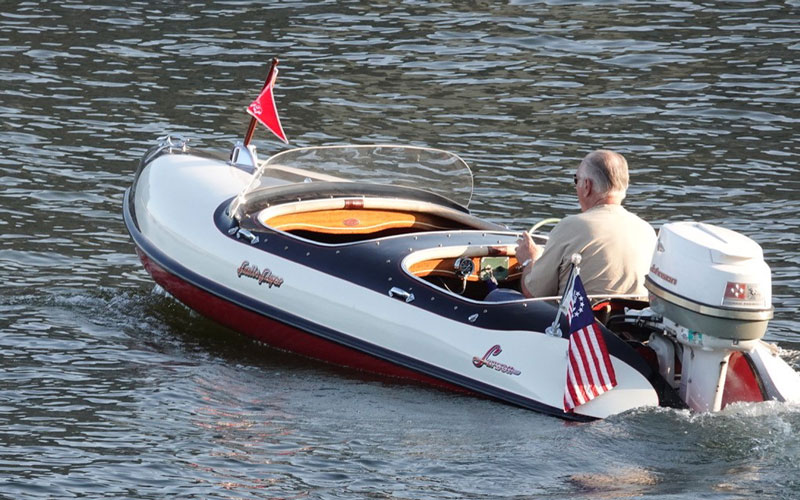 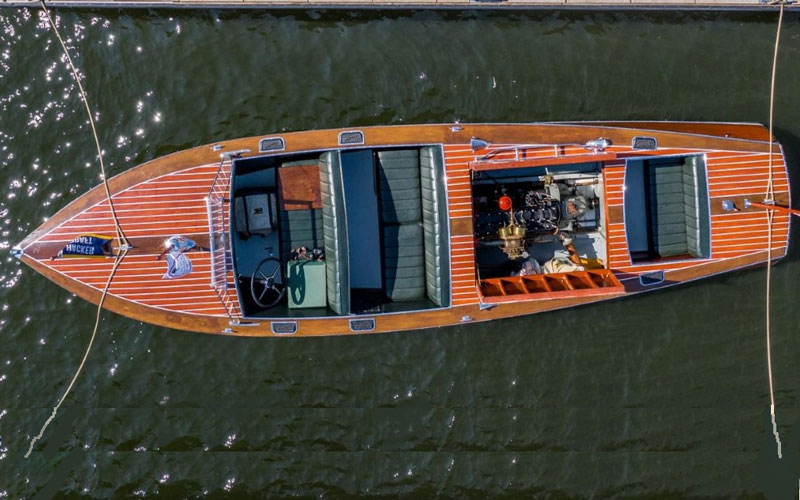 Video interviews with several boat owners add details about their unique boats. Videos can be seen on the Heartland Classics website. www.heartlandclassics.org You’ll learn more about a family’s rescue and restoration of a 1966 Glastron, the story that goes with a 1947 Gar Wood, the racing of a 1980 Mako Shark, and many more.

Lake of the Ozarks, located in mid-Missouri, is a busy lake, a vacation spot between St. Louis and Kansas City. But during the quieter part of the week, this Lyman is often seen leading other classics to a lake side café for coffee and “boat talk”. Skip Langell’s Ol’ Yeller is often joined by cruisers such as the 1935 Richardson or smaller outboards like the 1959 Cadillac. Contact Mark Engstrom if you would like to be part of this informal group of classic boaters. 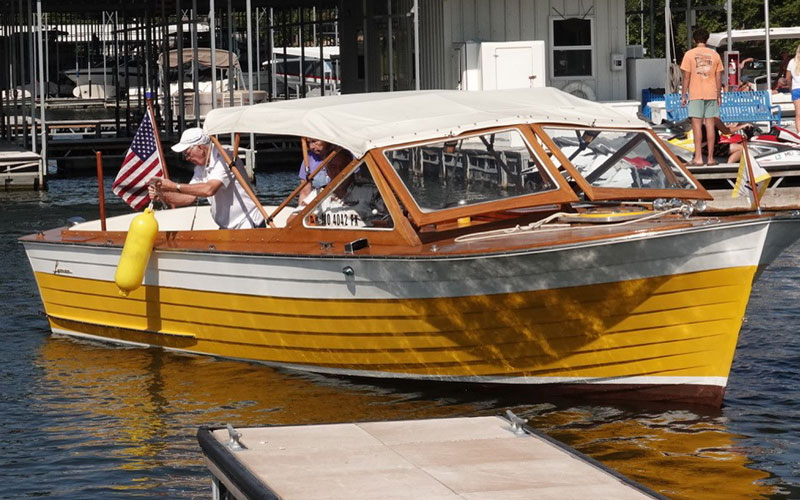 Heartland Classics Chapter is feeling better now about this crazy 2020 year. Members have stayed in touch by sharing news about projects. Over the summer, new members have joined after finding time to work on and enjoy their classic boats. And some members stepped up to put together two Rendezvous gatherings, the other at Grand Lake of the Cherokees in Oklahoma. We’ll keep boating and hopefully next year we can return to hugs and feasting as well. 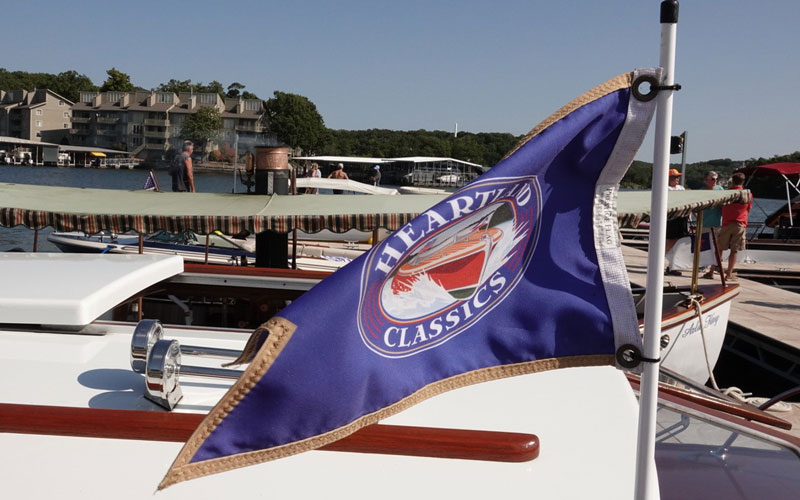