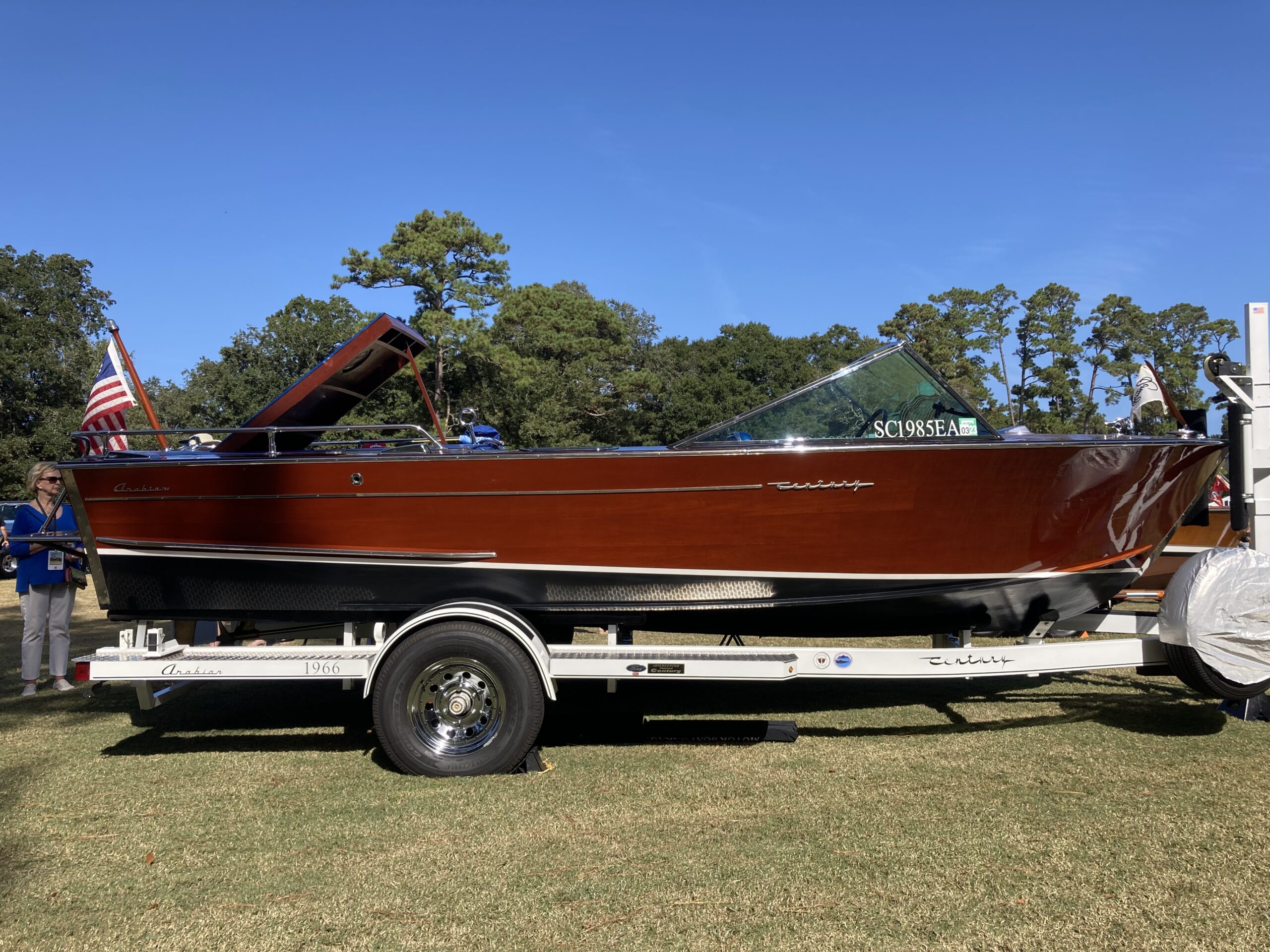 Named for my wife of 44 years, this boat is one of 44 made in 1966. The initial restoration was completed in 1985 by a previous owner. He installed the mahogany Deck and Covering Boards to replace the original topside vinyl. Toe Boards were not included in the new style. I was able to speak with him, although the boat had been sold at least two times since he owned it. This was a great opportunity to share and learn more from his work. He was a machinist by trade and the engine was rebuilt at that time. He obtained the contrasting darker stain color by adding black paint in small amounts to the varnish. 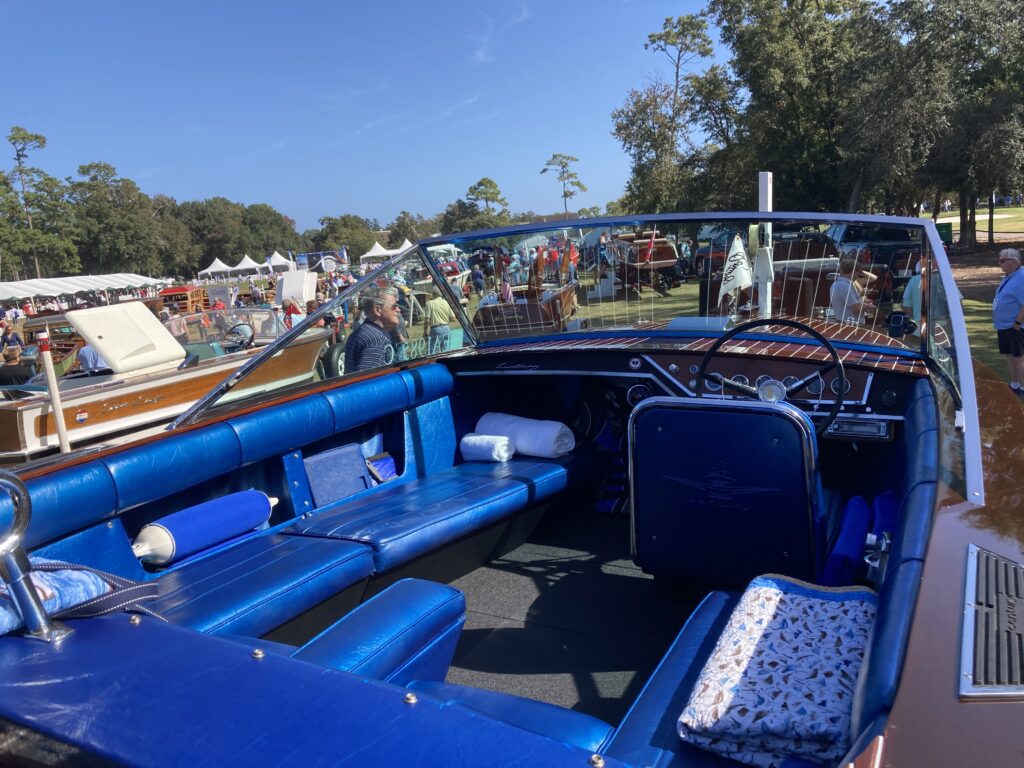 He and his wife installed the vinyl interior that you see now. He preferred a bolder color and style then the standard colors for 1966.

We acquired the Arabian in 2007 after it had been for sale for approximately 2 years. Our major 8-month restoration was performed in 2008 by the team at the Antique Boat Center.

She has a 3M 5200 bottom, using CPES on all surfaces, inner liner of marine plywood, new keel, all new planking/wood for frames, batons, and chines along with silicon bronze screws. The topside planking and decks only required new varnish. We like the stain color balance as noted above and kept this. Our goal was to follow and be true to the original construction design with the new bottom installation. The engine was freshened but did not need any significant major mechanical work. 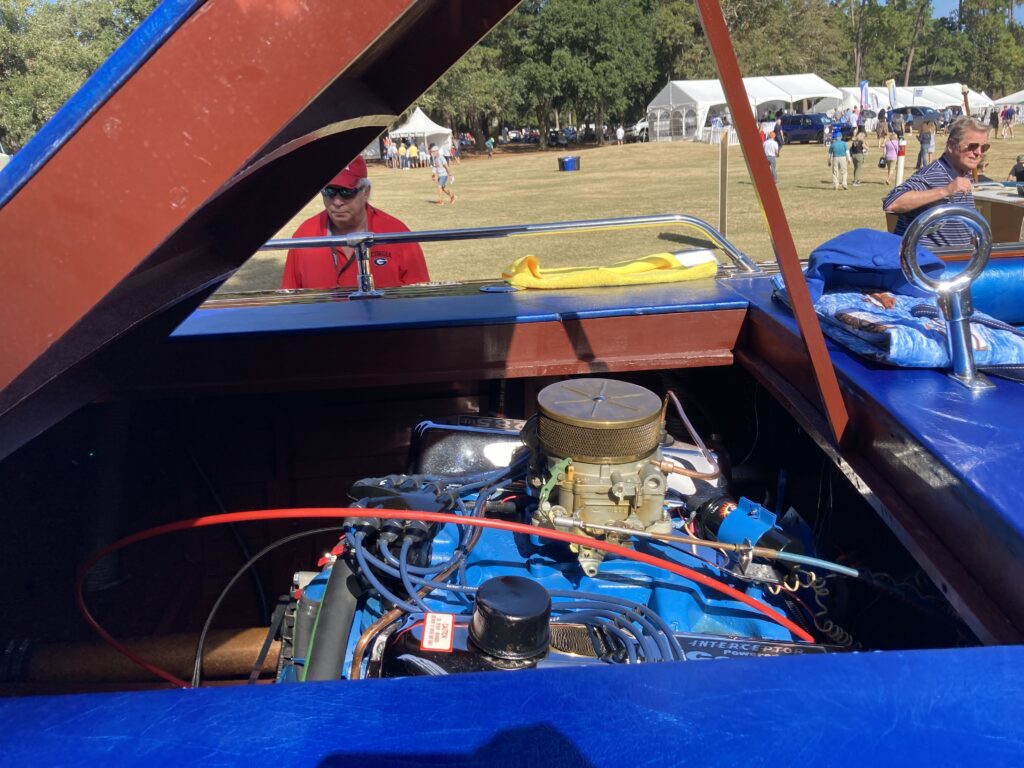 She lives on her trailer and is always in our garage, so we can regularly be on the water year-round. The ride is as originally intended and runs very smoothly. Top speed is approximately 48 to 50 mph. Recently the team at Motor Boat Garage freshened the varnish. Brian, Joel and others were the same team that did the restoration in 2008 that had moved forward to open their own business. Our Barbara Dianne will continue to stay in our family on into the future! 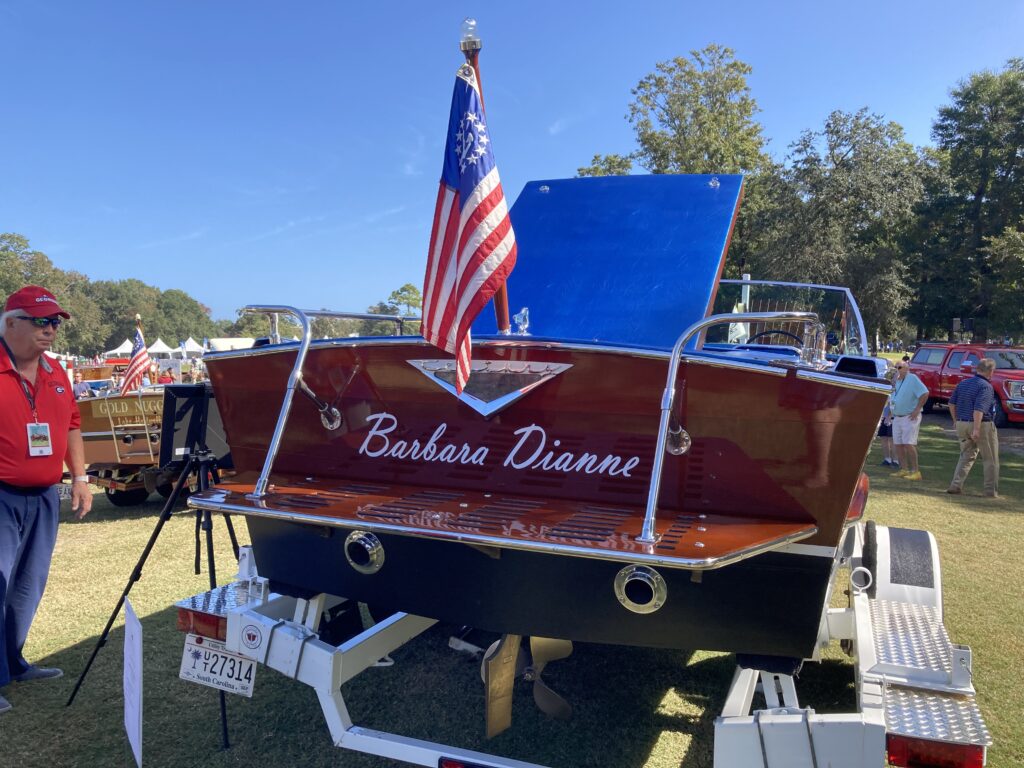