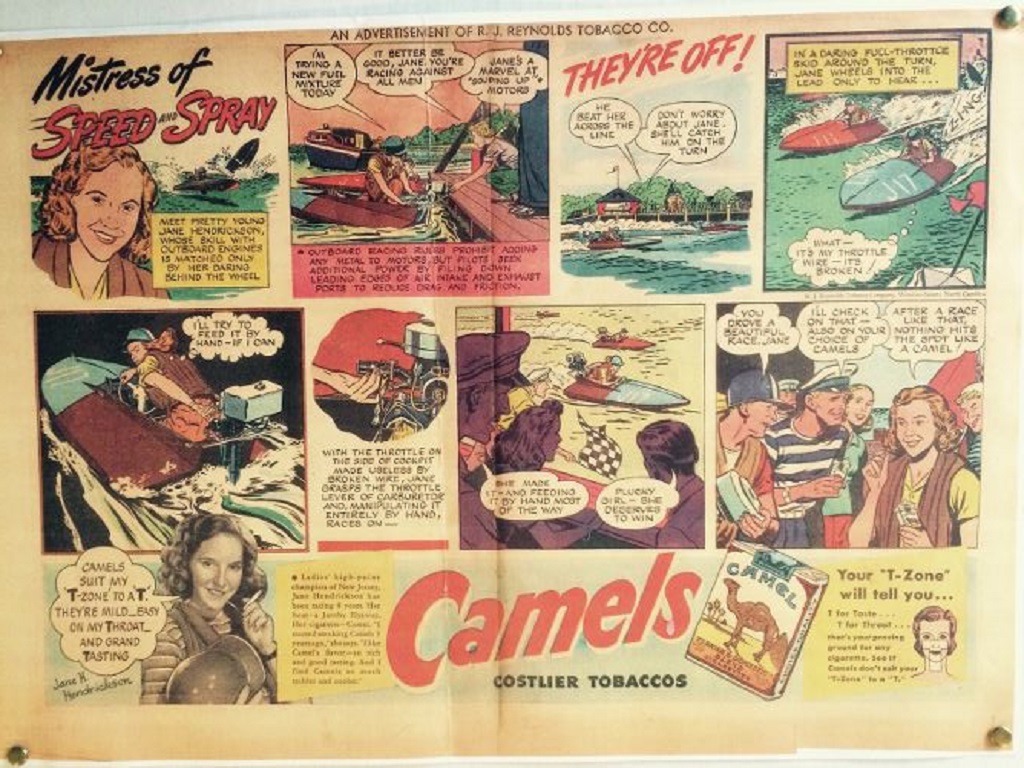 The hydro known as Beep was built by the Fred Jacoby Boat Works in North Bergen New Jersey. The firm had been building life boats for the government but Fred’s son “Fred Jr” started racing small outboard powered boats, and that is where this story starts.

Fred Jr had limited success, and his father saw him struggle with low quality boats. Now steps in the father to build his son a quality race boat. Quality was not enough to explain how well these boats were built. In fact on June 9th in 1935 Fred Jr won class A,B,C & F at the Shrine Regatta on the Potomac River.By the early 50’s the firm produced 1,250 Jacoby “Flyaway” hydroplanes, the price for one of these class F flyaway’s was $360 completely “rigged”

MY association with this boat began when I met Jane Bartlett, (thanks to a tip from a friend) Jane, along with her father raced hydroplanes during the 30’s 40’s and into the early 50’s. When Jane Married her husband, he also joined the ranks. At this point they had a 3 boat trailer to take their boats to the races.

Jane kept her boat stored inside its entire life, and that is where I first saw it. Over the years normal maintenance was done by herself and fellow racers and outboard fans, it is completely original having none of the original wood or canvas replaced. Today Beep is in the same condition it was when it came from the North Bergen factory.

Over the years, Jane and I attended a number of local boat races as spectators (all after checking with her daughter. Unfortunately Jane passed at age 87, and her family allowed me to have not only the boat, but two Evinrude “Midget Racers” engines that Jane had used one of them to race with and one spare. I am the caretaker of this boat, Jane will always be the owner. At Jane’s funeral, her helmet that she used when driving Beep was placed in the coffin as a memorial to her lifelong love for boat racing.

Beep along with her Evinrude “Midget Racer” engines has found it’s way into the pages of Rudder twice as “best preserved” boat as noted by the Niagara Chapter, and by the Philadelphia Chapter of the ACBS