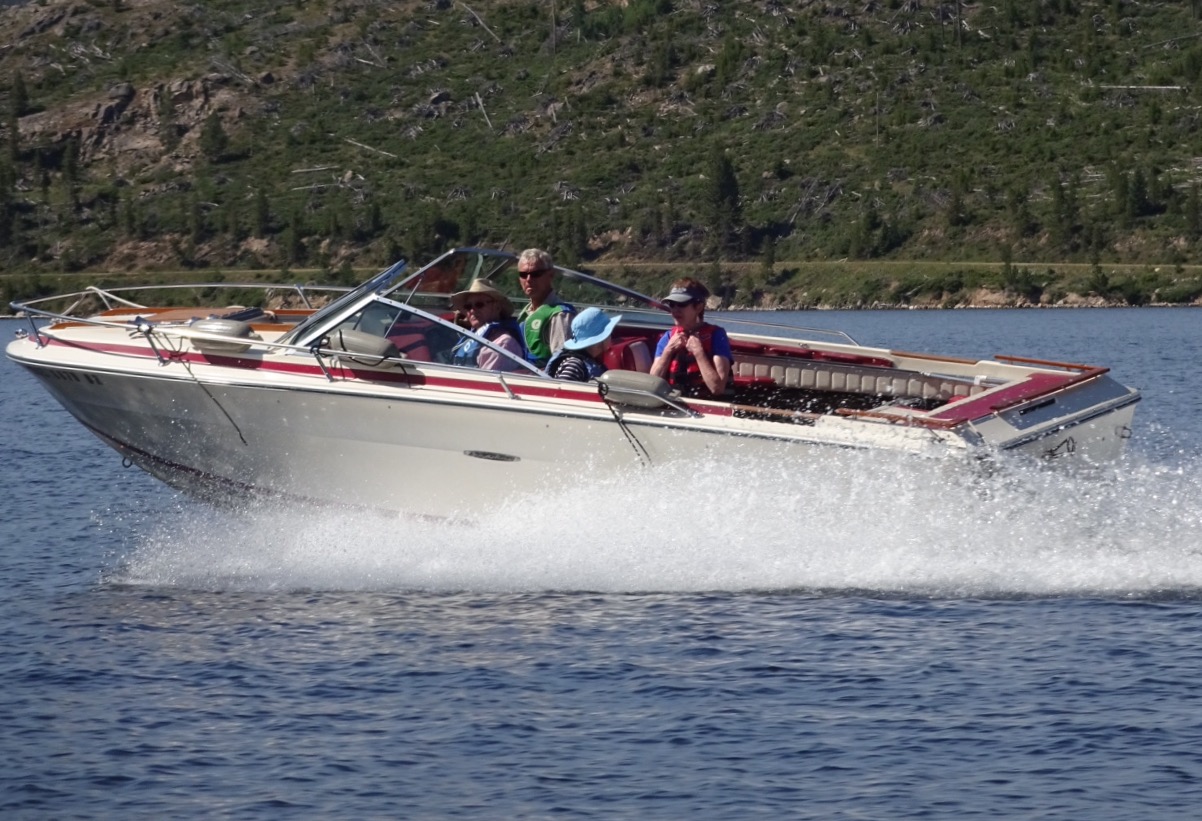 In 1959, Oxford, MI was one of the small affluent communities just north of Detroit, MI, the automotive capital of the world. It was there that Cornelius Ray (C Ray) decided to apply some of the strategies of the car business to the boat business under the name of Ray Industries.

Initially, the 16’ Sea Ray hull was built in a facility that built golf carts and coffins. The boats were solid fiberglass, not layered wood covered in fiberglass. As the years went by, the company expanded. In addition to using the new material, fiberglass, Ray focused on product design and having the best, strategically placed dealers. By the time the company sold to Brunswick in 1986, it was one of the largest boat manufacturers in the world. They produced models from 16’ to 60’, making about 2800 boats a year.

We love the retro lines of this model Sea Ray. It has an open cockpit so it’s easy to move around in the boat, and with its wide beam and deep V, it’s very stable and very fast. Before Boat #10, we had a wooden boat, a 1955 18’ Chris-Craft Continental. There’s nothing like the throaty engine and the gleaming hull of a classic wooden boat, but we wanted comfort and easy maintenance. The 1977 Sea Ray ticks all the boxes.

Originally sailors on the Great Lakes, we now live in Colorado, so we travel to use our boat. This boat is easy to trailer and easy to launch. That’s important because as members of the Rocky Mountain Classics Chapter of the ACBS, we trailer our boat to club events around the region. Our favorite lakes are Lake Granby, Grand Lake, and Lake Dillon – all in Colorado