BOAT SHOW:  GO IT ALONE OR NOT? 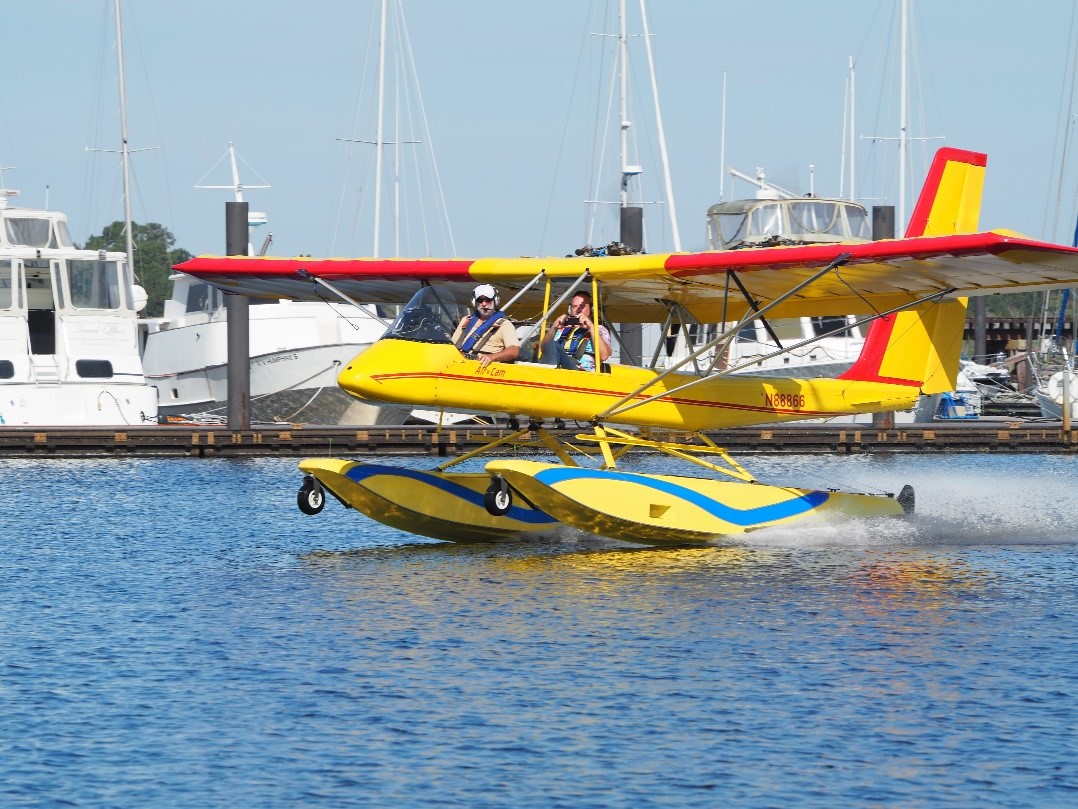 Our ACBS chapter, the Raleigh Durham Chapel Hill Triangle (RDC Tringle) Chapter, has around 50 members spread over central North Carolina from Durham (middle of the state) to the coast.  The club has been running its own annual show for 13 years.  The show sites within our club’s geographic domain are limited.  We have only a handful of people who help with the shows and getting boats there is the usual hassle most clubs experience.  The show organizers have a heck of a lot of prep work and because of the chosen show location, it is difficult to get assistance from those living in another county.  What to do?  Each year when we debrief the show, we ask ourselves that same question.

Recently we had the idea of bringing our boats to a different type of show being organized and run by another group.  We approached the group with the idea and they thought it would work.  Also, our club wanted to “test the water” so to speak.  Maybe you’ll get inspired to try something like this as well. So here is what we tried. 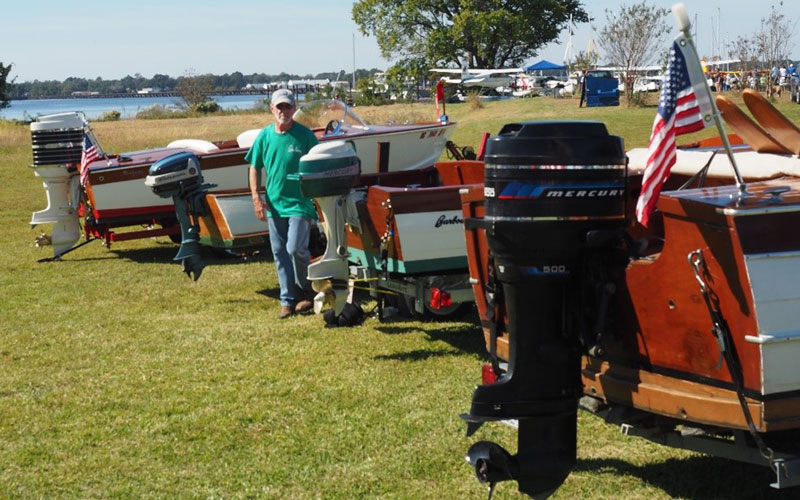 The Bridgeton, NC Improvement Committee (BIC) was hosting a seaplane fly-in—their second annual such event.  Bridgeton aspires to become a seaplane port (like Tavares, FL) and is starting to build up its infrastructure to accommodate the seaplanes.  Showing antique and classic boats with seaplanes made sense so we asked BIC leaders if they were interested in having the RDC Triangle ACBS Chapter participate and we received a resounding, “YES!”  My husband, Alan, and I attended the BIC Fly-In event meetings to coordinate on behalf of the RDC Triangle Chapter.  This was sooooo much simpler than running our own show!  The BIC did all the organizing, all the advertising, and basically all the work the day of the event, called “Wings over Bridgeton.“  All we had to do was show up with our tent and the boats.  This was a two-day event held October 20-21, 2017, but our club only participated on Saturday.  Here is a link to the show website:  http://www.flybridgeton.com/

We had a beautiful fall day for the event with mild temperatures and a soft breeze.  Six seaplanes showed up.  There were a good number of vendors and food trucks.  We were a little disappointed in that our ACBS chapter only had four boats on display.  Given the small number, we all showed our boats on their trailers. More spectators showed up for this event than had been coming when we held a stand-alone show.

It is our opinion, given the issues RDC Triangle Chapter is having with our shows, that this may be a better way for the club to display its boats and help promote ACBS and ownership of antique and classic boats.  Also, the club is exploring doing the same with the annual Beaufort, NC Wooden Boat Show held in May.  Doing two events a year, one in May and one in October, makes sense and is doable for most of our members. While the club has not made the final decision yet regarding this change, it is a distinct possibility. We encourage your ACBS chapter to explore other options for displaying your boats, other than hosting its own show.

So, BOAT SHOW:  GO IT ALONE OR NOT?  There are so many ways to “show off” our boats, raise awareness of the easy ways to own and participate with a unique Antique or Classic maritime vessel.  Chapters – as you plan your events for next year, try some of these ideas: