Boston Whalers are My Passion 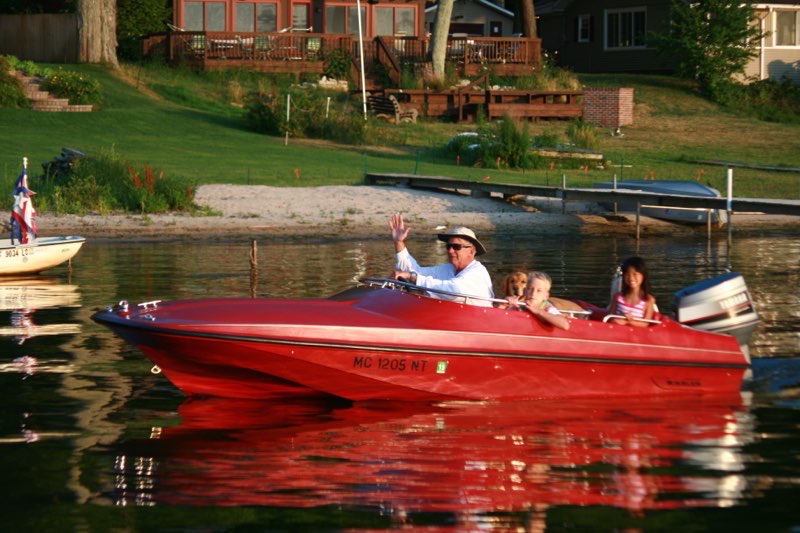 In November of 2004, I was at a luncheon table and the conversation went from boats to Whalers specifically. The fella across from me mentioned he had a 15-foot Whaler for sale. Well, I’ve had numerous Whalers, 13-feet, 17-feet, 25-feet and even Squalls but never a 15-foot. I told him I would buy it.

I drove to Elk Rapids to pick it up. What a surprise! Instead of a nice off white open Whaler, I saw this bright red 15-foot plastic tongue! I have since learned that Boston Whaler celebrated their 25th anniversary by manufacturing around 150 of these. The red ones were Porsche red because the designer of Whaler had a red Porsche.

To my grandkids, it is known as the Red Rocket. It has a heavy deck, so it rides through the waves instead of bouncing over them. During the summer, the Red Rocket’s home port is White Lake in southwest Michigan, with occasional trips to Leland, Saugatuck, or the U.P.

Is it for sale? No. At any price? No. Not ever say the grandkids! 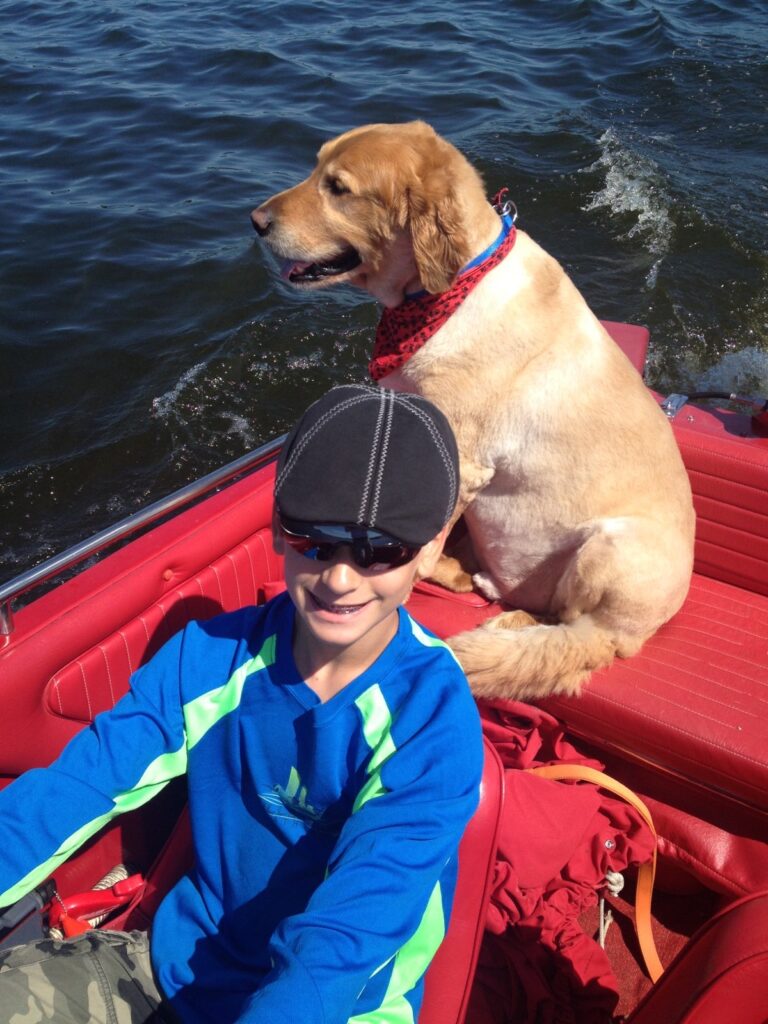 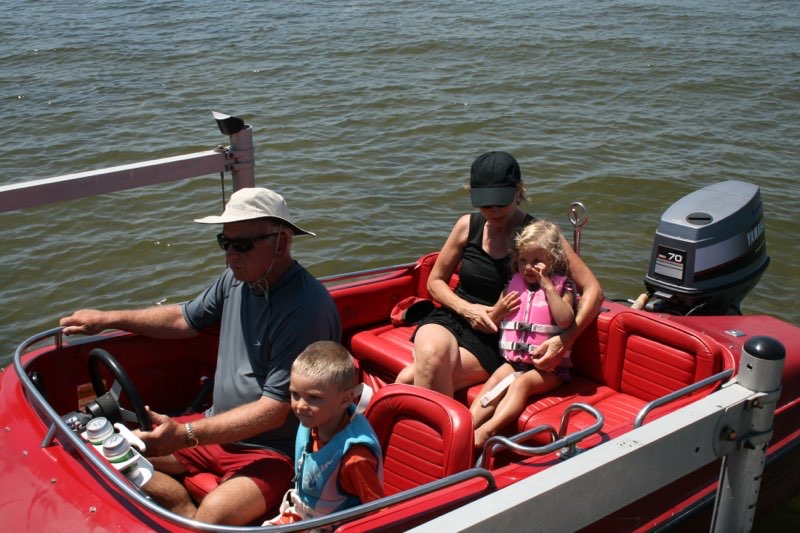 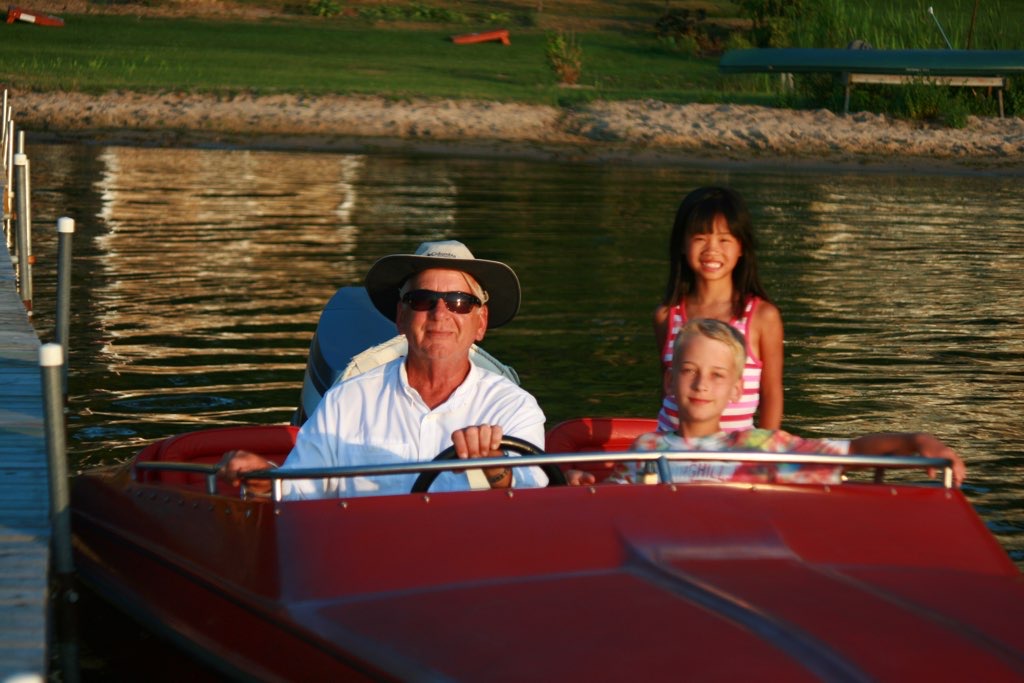