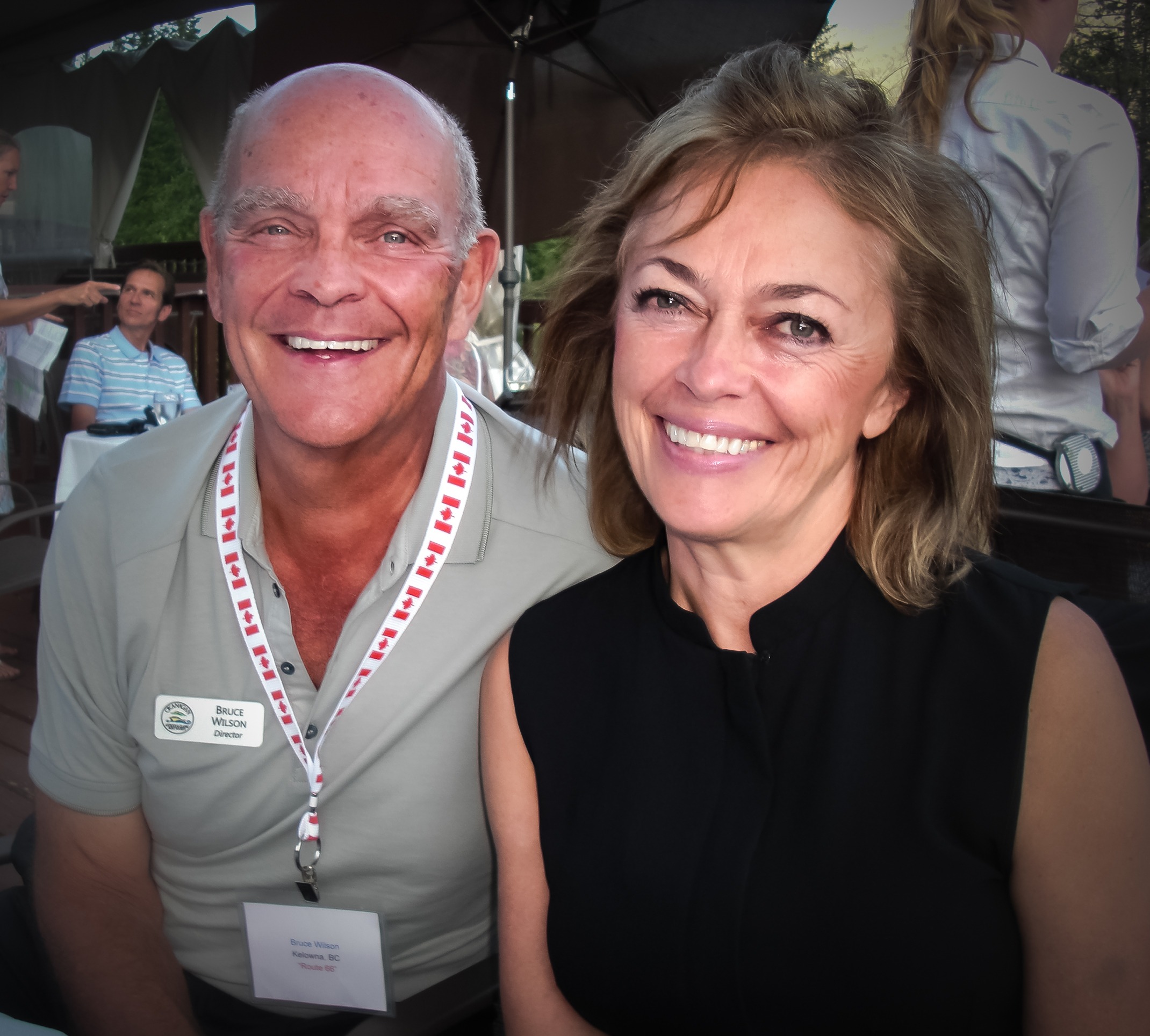 Story and photos submitted by Kelly Williamson, a director of the Okanagan ACBS Chapter.

Bruce and Reta Wilson with their 1966 18-foot Grew Commander called Route 66 have been an important part of the Okanogan ACBS chapter for many years. Though October 2019 marked Bruce’s retirement as president of the chapter after 11 years of dedicated service, he continues a long tradition of being a warm and inviting ambassador, attracting new members who have stayed involved for many years. On behalf of the OACBS membership, I want to thank Bruce Wilson for his countless hours of work and continuous effort.

Bruce moved to British Columbia in 1997 from Ontario. He was initially introduced to the Okanagan Chapter of the ACBS by Gordon Van Mumford. The first OACBS show he attended was in 2000 at the El Dorado Hotel in Kelowna. At that show Bruce was presented with a welcome basket by Edith Wright. Edith Wright was subsequently awarded the Mary Herwig Award in 2013 for her outstanding contribution to the ACBS through the Okanagan chapter. Very quickly Bruce found a fun venue to meet up with other boat owners. He has been to many shows in Canada and the United States. Bruce’s father, Bill Wilson, bought the Grew Commander new on June 20,1966 from Avenue Road Marine in Toronto for $4,775.93. Bruce keeps the original brochure and invoices in a presentation book that he brings to every show. At the time of purchase the boat came with the following accessories: 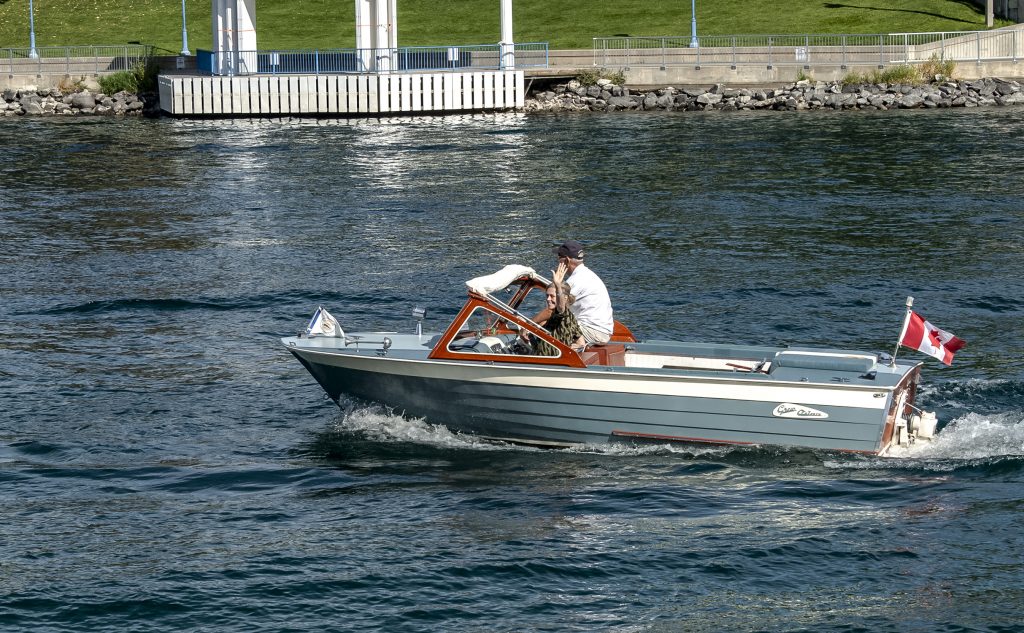 Route 66 has a laminated oak keel with pre-shaped white oak battens for bracing. The ribs are full length white oak on 6-inch centers. The transom is double planked mahogany and her hull is 3/8-inch 5 ply mahogany plywood. For power it has a 4 cylinder 110 horsepower Volvo engine with a Volvo Penta Outdrive.

Route 66 was manufactured by Grew Manufacturing of Midland/Penetanguishene Ontario, a town on the Georgian Bay of Lake Huron. Georgian Bay is connected to the Trent/Severn waterway system where the Wilson family had a cottage just below Seven Falls. Bill Wilson took possession of his boat at the Grew plant and piloted it all the way to the cottage. The trip included passage through the lock at Honey Harbour and a short trip by marine railway at Big Chute. Route 66 spent the next 31 years at the Wilson cottage on the Severn River.

In the summer of 1997 Bruce’s father decided to sell the cottage. It was thought that the Okanagan valley in British Columbia was a great spot to take the 18-foot Grew. Route 66 had never been on a trailer before August of 1997 when she took her first ride to Kelowna. Bruce said “Shortly after arriving in Kelowna we learned about the Antique and Classic Boat Society and joined immediately.”

In Ontario, Route 66 had been kept in a boat house and was very well looked after by Bruce’s father. By the time it arrived in Kelowna the 31-year old boat needed a few repairs. A few short planks were replaced and it received some new upholstery. New floor covering was also needed due to an incident with a racoon during winter storage. Other than the few repairs Route 66 is all original. Bruce’s boat won the award for Most Original Boat at the OACBS show at the El Dorado Hotel in 2000. It is still in wonderful condition today.

When Bruce brought Route 66 from Ontario it had a retractable fender system, common in Ontario but no one in British Columbia was familiar with the system. There was a rope run inside of the boat that was used to very quickly deploy the fenders when docking but they were always outside the boat. Bruce laughed when he recalled being admonished by Commodore Spencer at the 2002 Kelowna show for being underway with his fenders out.

In 2008, Bruce was voted in as President of the OACBS and he has since done a lot for the club. His personable manner is enjoyed by all, and I personally think that this kind, inviting nature is one of Bruce’s greatest strengths. His friendly demeanor and outgoing discussion goes a long way to making people feel welcome. I notice at boat shows that Bruce always stays with his boat. He tells his boat’s story and is open to chatting with anyone that comes by. This friendliness while working a show inspires new members to join.

Bruce has agreed to stay with the OACBS board as past president so that we can continue to lean on his expertise and knowledge. I accepted a seat on the OACBS board this year and it will be an honor to work with Bruce on club business. Bruce agreed to let me write this article and I am pleased to have had the opportunity to pass the story on to the International ACBS. 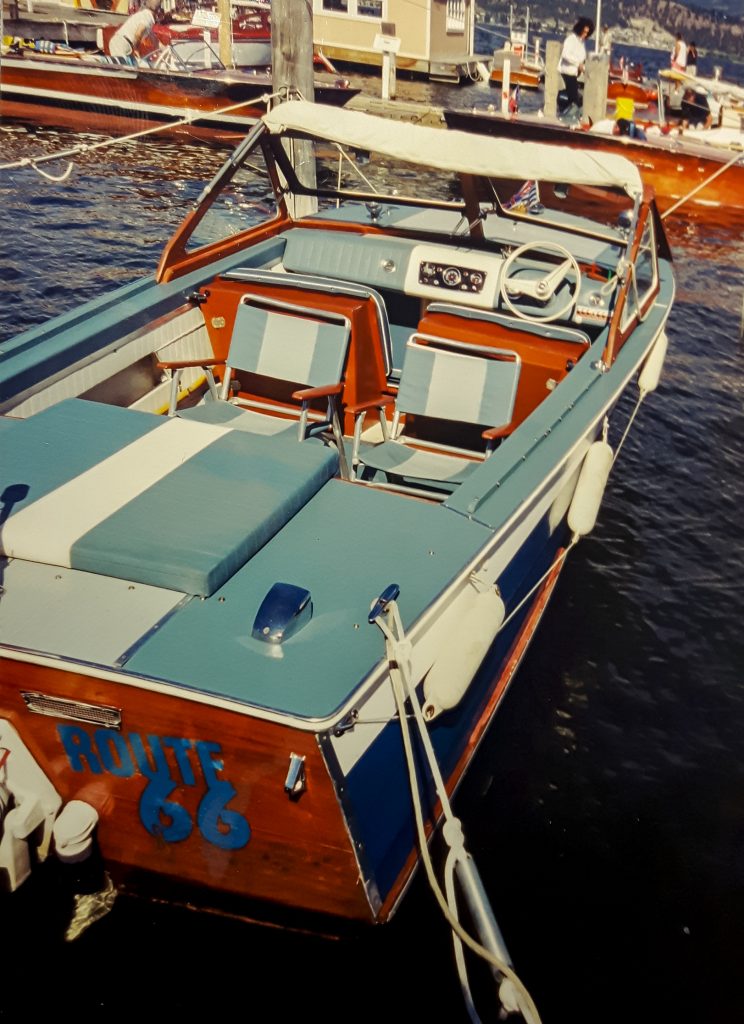