Can You Imagine a Palomino as an Heirloom?

If you love Classic Boats, then you can imagine that a Century Palomino would be a family heirloom.

Slyder is now owned by Randy and Jim Mohn who are members of the Big Sky Chapter.  Slyder is a 1960 Century Palomino 15′ powered by a Yamaha 70 hp outboard.

Here is the story submitted with pictures for the ACBS membership files:

“Slyder” is a family heirloom, purchased new by the current owners parents in 1960. Spence and Alice Ryder bought this 1960 Century Palomino at Cox’s Marine Services in Lakeside, Montana. In 1980 she was passed to their nephew Brian Slater who completed her restoration in 1986. In 1989 the boat and Brian were featured on the cover of “Nor’westing” magazine. In 2008, before Brian died of cancer, he delivered the boat to the current owners stating that the boat was “home” on Flathead Lake. She is named in honor of the two previous owners Ryder+Slater= Slyder. 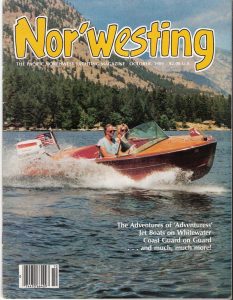 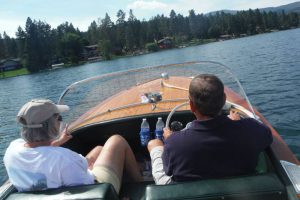 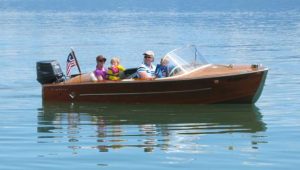 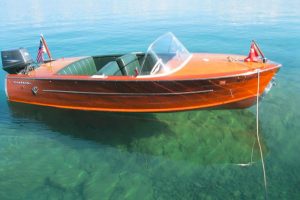 -editor’s note- There’s just something special about boat families and family boats.  Their histories are intertwined in the memories already created and those yet to come.
The diversity of people and boats within the membership of the Antique and Classic Boat Society is broad and inclusive.  The respect and admiration for the aesthetic and historical value of our boats and the classic boating culture creates close relationships in our community.

Being manufactured in 1960 places Slyder in the Classic age classification according to the Antique and Classic Boat Society.

These are the ACBS Age Classifications:

The description of judging classes may also be found under the About Us tab in “ACBS Age Classifications and Judging Classes“.