What can you learn from this 1945 WW II Higgins PT Classic? 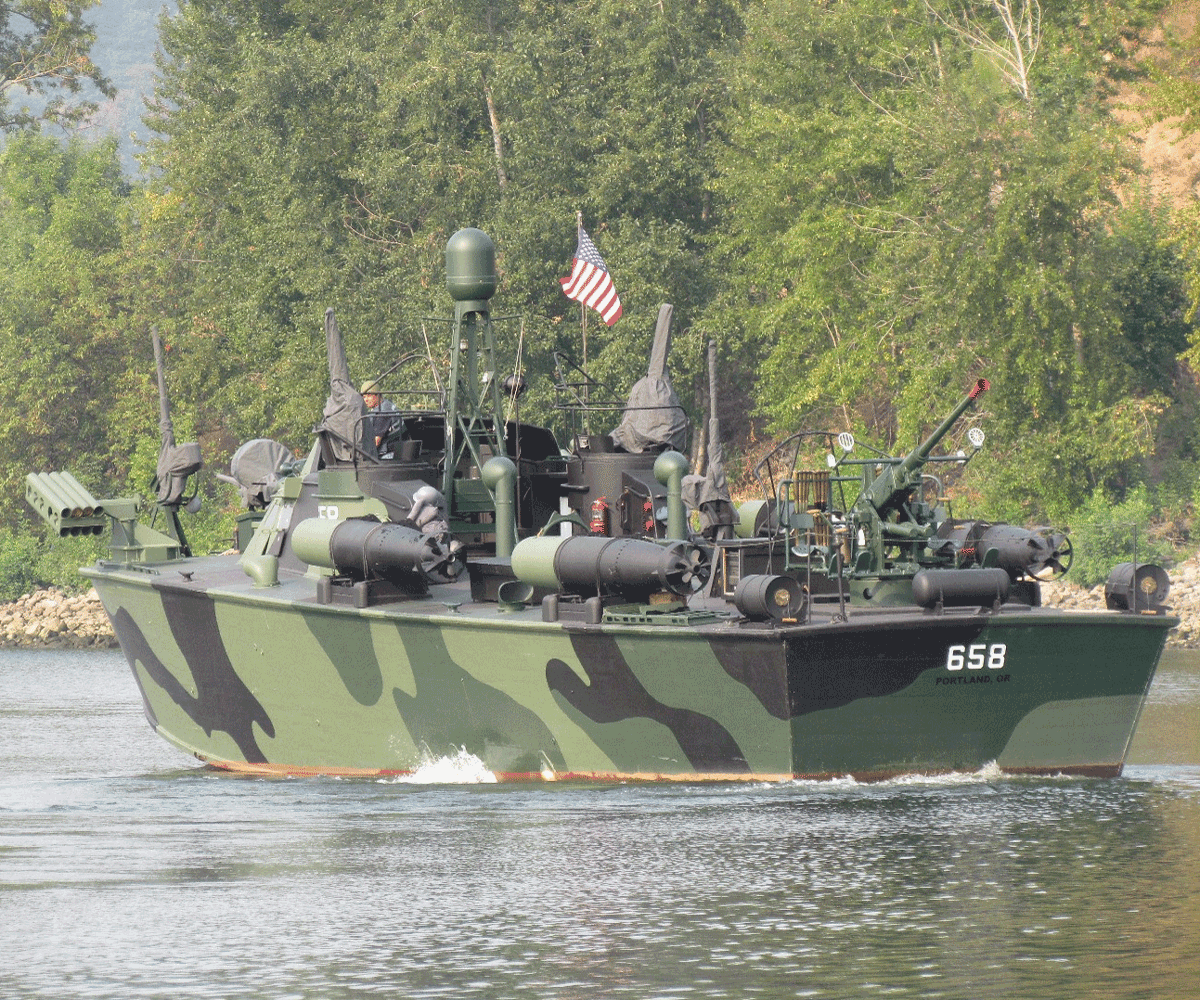 Higgins PT-658 is the only operational WW II boat.

This 1945 Higgins PT (Patrol Torpedo) Boat is 79 feet long and powered by three Packard 5M2500 12 cylinder engines with 1850 hp. She is registered in the ACBS membership files by Robert and Linda Alton who are members of the Columbia-Willamette Chapter of the Antique and Classic Boat Society.

This 1945 WW II Higgins PT Classic is not your usual pleasure craft, although after released from service, was used for that.  She is 20′ wide, has a 5’3″ draft, and weighs 48 tons.  She normally would hold two officers and 14 crew.

A great website provides SO much information about this boat, the people who have restored her, and where you will see her in operation.  The quotes in this post come from the website of the Save The PT Boat, Inc.

It was on July 30, 1945 when a 78 foot wooden boat emerged from the Higgins Industries production plant, in New Orleans, Louisiana and was assigned by the U.S. Navy as the Motor Torpedo Boat PT658. Every square inch of this wooden boat was designed to take the war to the enemy, as did many of her fierce sister boats before her. PT658 was Higgins latest MTB design prior to the end of the war and the boat was reengineered and modified from earlier Higgins PT’s as a heavily armed gunboat. During World War II the PT boat had the distinction of being the Navy’s heaviest armed vessel for it size. As a member of the Mosquito Fleet, it had a reputation to live up to and exceed.

Here’s how the Higgins PT began its journey to be restored and preserved for our education and inspiration:

In 1994 with a small glow of hope left in her proud heart, the former PT658 was acquired from the estate of the former owner with the hope to fully restore the boat to her former glory. To manage and participate in the restoration, a group of gray haired PT Boat Vets formed the non-profit “Save the PT Boat, Inc.” to take custody of the historic World War II relic and see it reborn.

Their website provides interesting reading as well as charts and diagrams and the human interest stories of her restoration.

ACBS also recognizes the Higgins Marque Club.  Connecting with them will give you more information about the Higgins Company and many of the Higgins pleasure boats.