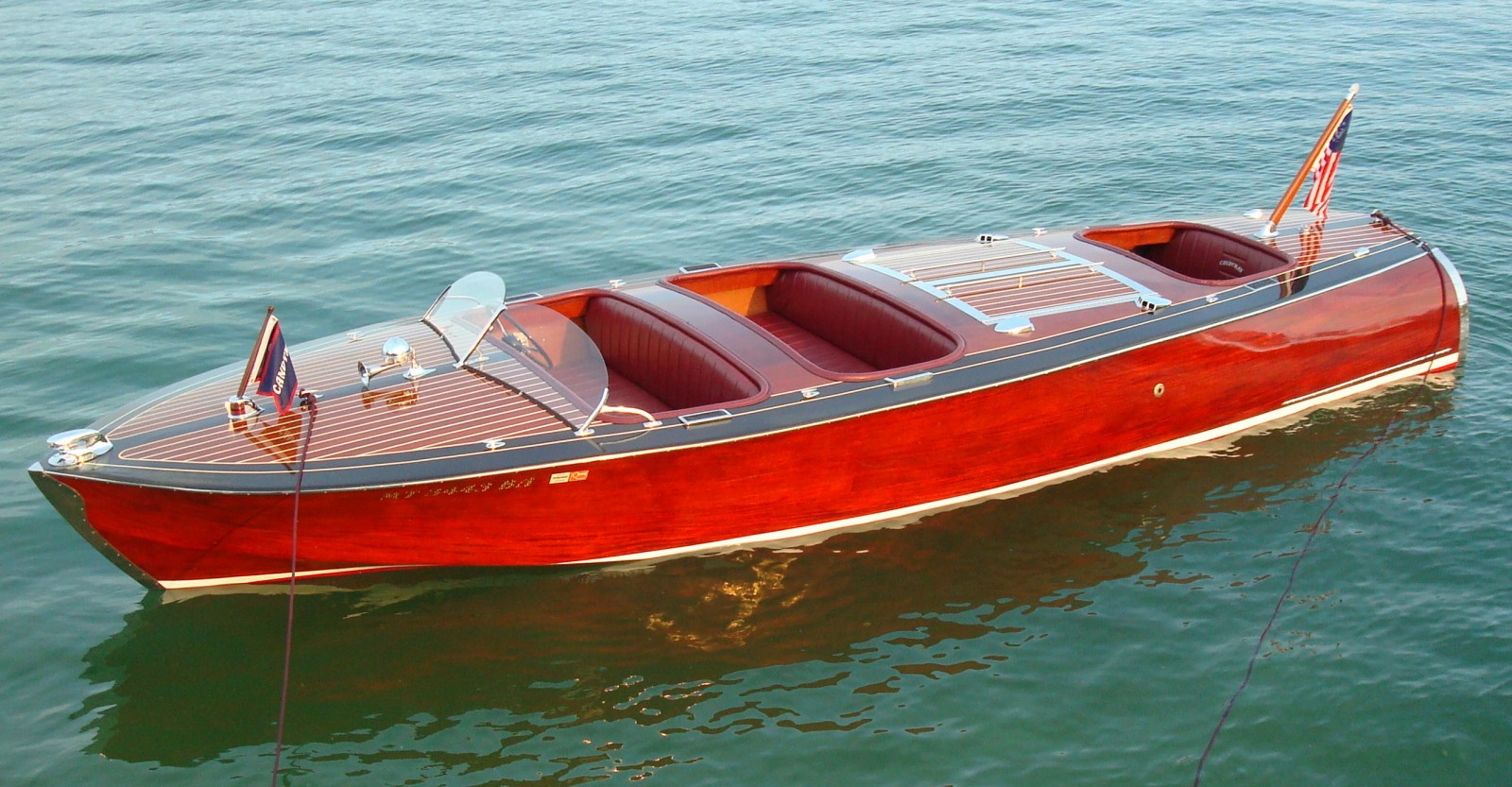 Candyman is my 26-foot triple cockpit barrel back that I built in the style of the 1940 Chris Craft. It took me three years to build and was launched on July 4th of 2012. I purchased the plans for the Glen-L Monte Carlo years ago and had been collecting hardware and parts while waiting for retirement to bring me to the point of starting the build. White Oak for the frames was purchased and sawdust started hitting the floor on July 8th, 2009.

We live on the shores of Flathead Lake, the largest natural body of fresh water west of the Mississippi river. This is a dream boat for summer cruising. I built a model of the boat and it inspired me to start collecting parts for the real thing. Before I started building the boat I had purchased everything from a new Chevy 350 crate engine to the banjo steering wheel and bear claw engine vents. Amazing what you can find on eBay!

A building form was constructed, leveled, and fastened to my shop floor with expansion bolts. The frames and motor stringers were encapsulated with epoxy resin and fastened together using aluminum motor clips. I found a source for marine mahogany plywood and ordered it for the double layers of laminations to cold mold the hull. I spent most of a summer fastening lamination strips of 6mm BS1088 mahogany plywood.

During the next winter I was busy preparing the engine. As an unfired crate engine, it needed to be marinized, wired, and plumbed. The engine mounts were constructed from oak and angle iron. The engine had never been fired, but had been well kept during its nearly 30 year wait to be tested. It started up as quickly as any car sitting in your garage. The test showed no oil, fuel, or water leaks. It was then dropped into the boat for a test fit prior to beginning the deck framing.

The grooves between the mahogany boards were filled with a mix of epoxy resin, micro-balloon glass filler, and white pigment. It is poured into the grooves using disposable piping bags that a local bakery supplied. The filled grooves were then sanded flush. The lines were taped off so as not to take the stain. Cover-boards were stained using Lockwood water-based Ebony color while the rest of it is a red mahogany stain. Lockwood products are very easy to mix and use.

In 2012 the boat was trailered down Main Street in Polson Montana for the 4th of July parade. It then went directly to a launch site and was put in the water of Flathead Lake for the first time. Since then it has been part of the Big Sky chapter of the ACBS boat shows on both Flathead and Whitefish lakes in Montana.