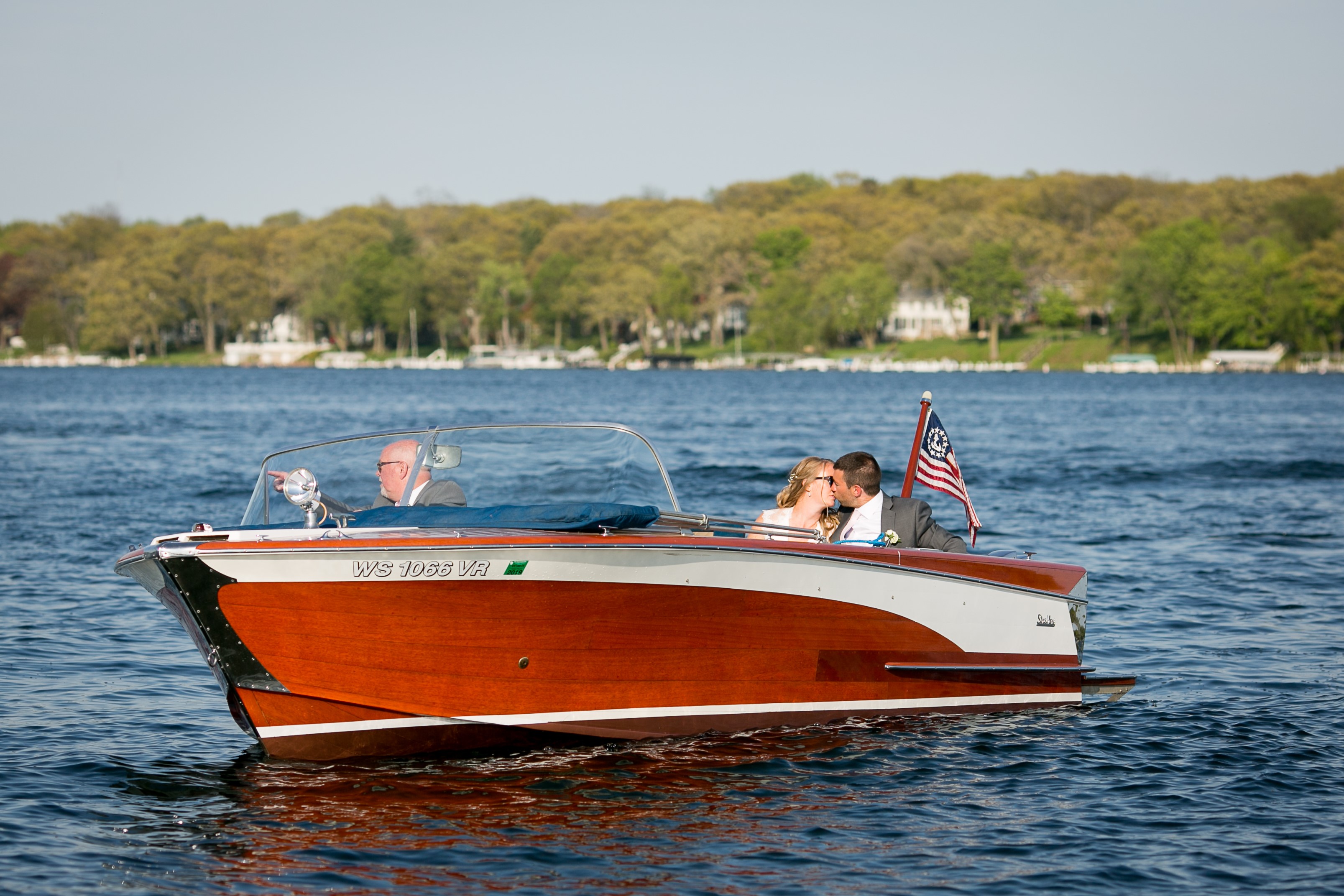 We learned about our 19-foot 1964 Streblow from Steve Horton at Streblow Custom Boats. He knows our family and knows that we are very passionate about our boats, especially the Streblow brand.

He also knows I am a sucker for beautiful boats! This was a one owner boat. The owner decided to sell the Streblow due to his advanced age. He had been a harbor master on the Ohio River and maintained the boat beautifully. He tried to sell this boat in Ohio, but because the brand is not well known there he was not able to sell it. He sent the boat back home to Streblow and the Streblow family called me upon its arrival.

My wife fell in love with the smaller Streblow and we made a deal that included refastening the bottom which Streblow did wonderfully. Totally dry bilge.

The name Cannonball ll is after our son Cannon combined with the fact that the boat is powered by a Buick 401 cubic inch motor. This makes the little boat fast like a cannonball.

This is our fourth Streblow and during our forty plus years of Streblow ownership we became very close friends with Randy Streblow who was the principal of Streblow Custom Boats. We vacationed many times together and each trip included taking the Streblows out on Lake Michigan. He was one of the hardest working gentlemen I have ever encountered.

We use the boat often but the best trip ever was bringing my daughter and her new husband to their wedding reception.