Carlson CVX 16 From the Future 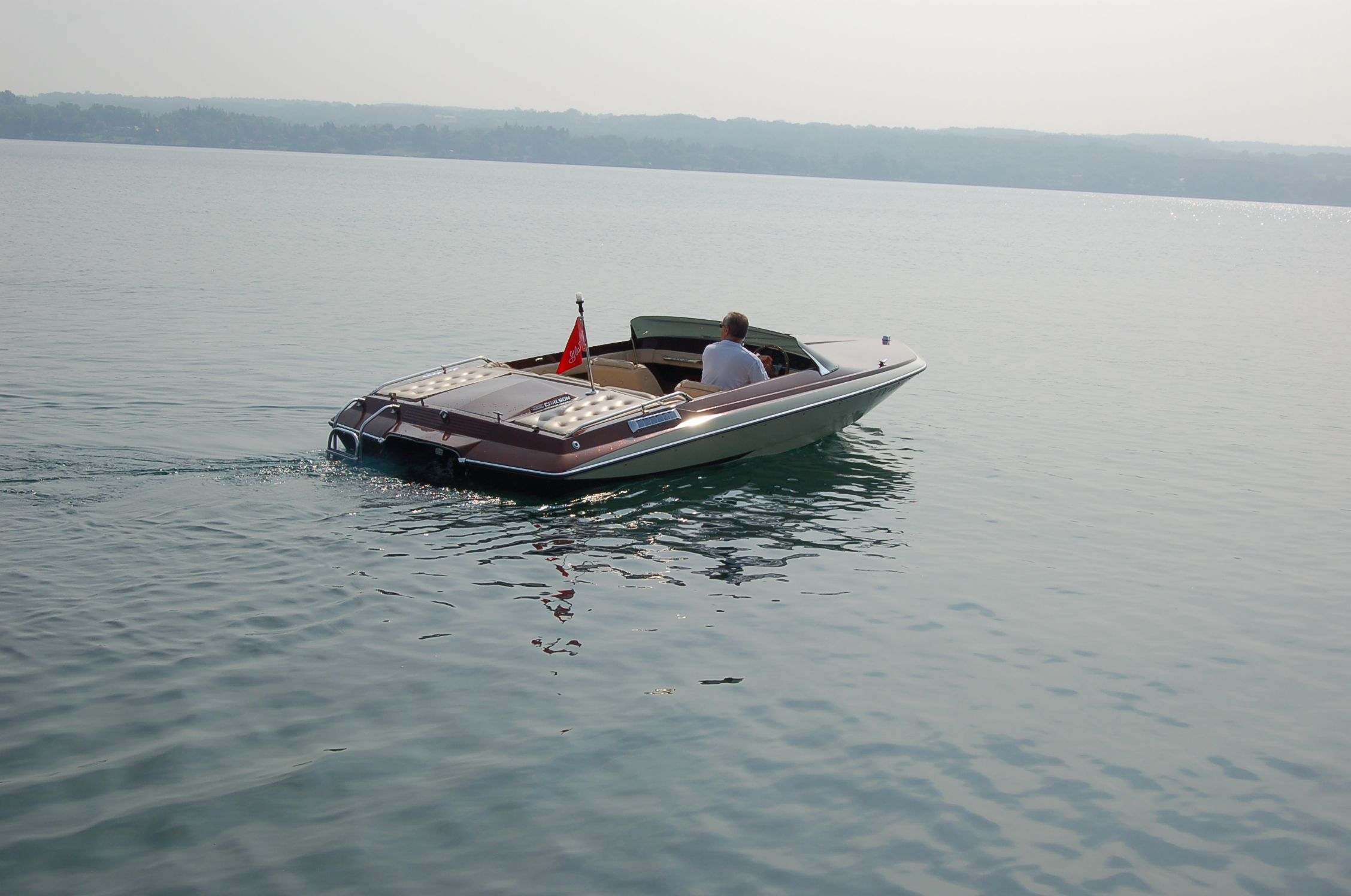 by Joe Lucchesi member of the Finger Lakes chapter

Growing up I was fortunate to have spent the first 18 summers of my life at our cottage on Cayuga Lake, one of the largest of New York’s Finger Lakes. Our cottage was directly across the lake from Castelli’s Marina (as it was known in the 70’s) in Union Springs. Castelli’s was a Glastron dealer and also carried the Glastron Carlson specialty line of boats. We would boat over to Castelli’s for gas and sometimes as an excuse just to go over. We would always tie up and go into the showroom to look at the Glastron Carlson’s on display . It was always a thrill to see those boats with the crazy metal flake, jet drives and “James Bond” designs

The wild looking Scimitar with a hard roof and t-tops looked like something from the Jetsons. From our cottage we would periodically hear the unmistakable sound of a Carlson jet drive out for a test run and listen in envy! It wasn’t until around 2003 that my interest in these boats was sparked again by seeing a fairly weathered (but original) Carlson CVX 16 with an outboard engine for sale along the road. Seeing that metal flake paint and sleek design brought me back to Castelli’s showroom.

I didn’t buy that boat but then began a quest to find a late 70’s Carlson with an 1/0. I found my boat in 2005 for sale on BoatTrader, trailered it back from Illinois and began a multi-year restoration. The boat had been repainted but not correctly so all the hardware was removed, the old paint was stripped, prepped and repainted with the same bronze metal flake used when the boats were built (the manufacturer is still in business). The seats were reupholstered to the original “tufted” look and new carpet put in. All the chrome was polished as it was already in good shape and all the original gauges worked and were in great shape. The original Chevy V-8 engine and MerCruiser outdrive were also in great shape and just needed a freshening up. It has proudly been a part of the Skaneateles Boat Show for the last ten years. The boat has since been sold this past spring.