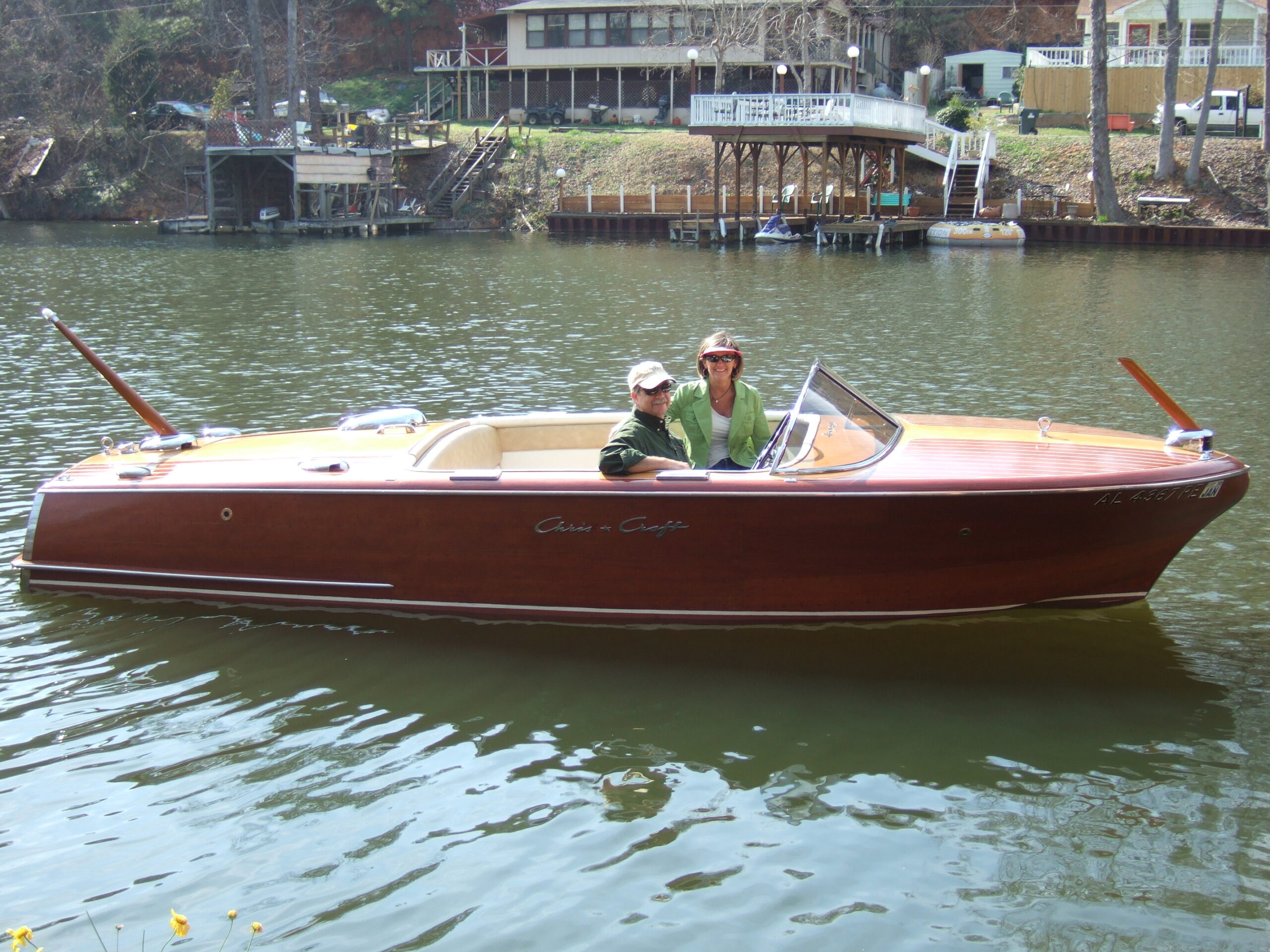 In 2006 my wife, Carol and I began searching for a “wood” boat to use at our home on Lake Jordan near Titus, Alabama. Neither of us had any prior experience with “woodies” but owning one was on Carol’s bucket list. As we began our search, our brother-in-law told us that he had a friend who had recently began the process of restoring an old Chris–Craft that he might be interested in selling. That contact led to an ongoing friendship with Don Dunnivan who lives on Lake Martin about 30 miles from us.

Don, who had recently retired, and can do almost anything, had located “Carol Sue” in a barn in Montgomery and brought her to his shop to be restored. During the next year we visited Don and the 1956 Chris Craft Capri several times as the project continued just in case he decided to sell her when the restoration was completed. I still vividly remember seeing my wife slide under the boat on a mechanic’s crawler to look at the inside while Don was in the process of installing a “5200” bottom.

Finally, in March 2008, our woody was delivered to her new home on Lake Jordan where she joins three other classic wooden Chris Crafts. There are few things better than watching the sun set while sitting in a classic wooden boat.