Celebrate Christopher Smith’s 90th Birthday on the 4th of July 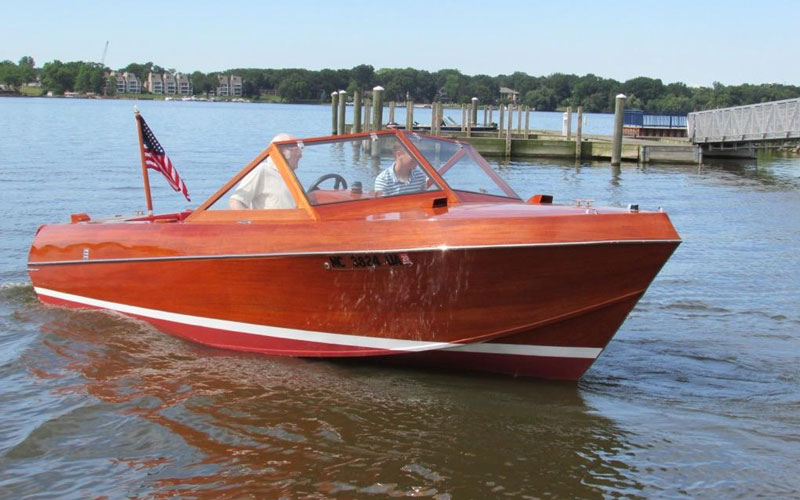 Creativity engineered into legends – and the tradition goes on.

Chris Smith, grandson of Christopher Columbus Smith who founded the Chris Craft Company, will be 90 years young on July 4, 2017.

Chris Smith is a member of Water Wonderland Chapter. However, many ACBS members have personally met Chris Smith at events from coast to coast in his 16′ Rocket or the 27′ Sea Skiff Odyssea.

Chris Smith is still a boat designer and builder.  This account of the latest project is written by Zach Baum, the 15-year-old great-grandson of Chris Smith:

What does a fourteen-year-old know about life and work?  Nothing.  Mom and Dad thought I needed to develop a work ethic.  (Like playing video games isn’t work?)   So in July 2016, we asked Great Grandpa to help me build a boat.

We looked at a book of designs and I picked three that I liked.  Instead of building one of the three, Grandpa designed a cross between the Continental and a model he had built previously.  The next step was a trip to the lumber yard to buy $6,000 of wood just to get started.  Grandpa managed to scale it back so the first bill was only $3,580, but additional trips were to come.  (Much better until we learned what the motor would cost.)

We drew the plan on paper on the basement floor to scale of the actual boat, and finally, a month later, we were able to cut the first piece of wood. It took another month to get all nine frames completed.  By the end of October, the frames were glued to the keel and it actually looked like a boat. 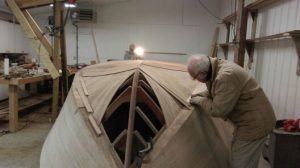 By the end of December, after many mis-cuts and redos (translate “You’re doing it all wrong”) the planks were on and the bottom was ready to paint.  In January we painted the bottom and flipped the boat over to work on the top.

In February we planned the interior and Uncle Mark and my mom planked the bow.  By mid-April, we had the motor installed and it took some time to get the final touches on (paint, varnish, cleats, exhaust, outdrive, and interior installed).  We tested the engine on June 15 and ordered propellers after we knew the engine would run (it didn’t on the first turn of the key – who knew you needed the kill switch on the throttle hooked up?  Good catch Dad!)

Our first boat ride was on June 21st.  We named the boat 14-89: The Legacy Continues, because I was 14 and Great Grandpa was 89 when we started the project.  The Legacy Continues refers to the Chris Craft legacy, though this one is labeled a Chris Smith and Son’s boat.  So, now that I am fifteen, do I know any more about life?  I know that building a boat is very difficult and a lot of hard work.  I know that Great Grandpa is very old and does not understand teenagers.  I learned that I still have a lot to learn especially about driving the boat, but that’s for this summer and the rest of my life.

Warmest wishes to Chris Smith on his 90th Birthday.  Thanks for the memories and the Legacy. 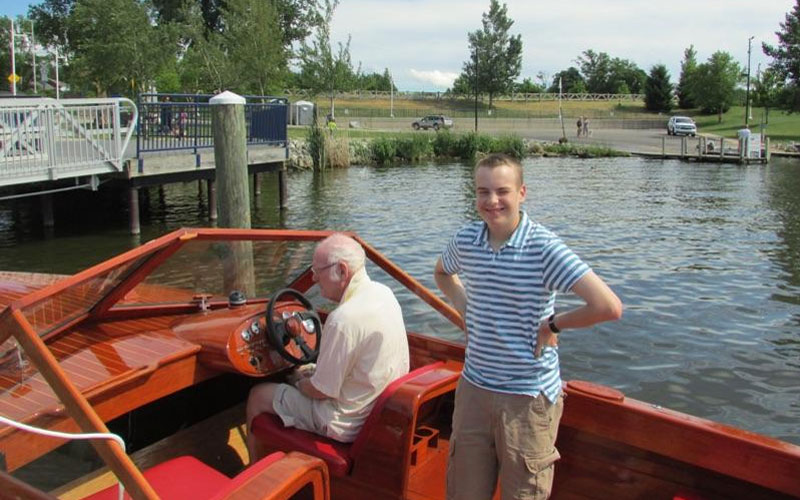 Chris Ann Smith Braaf helped collect the story and the pictures.  Zach’s Grandma Susan Smith Hendrickson helped in composing this account.  Thank you to Zach Baum and all of the Smith family for your commitment to ACBS and to continuing the legacy. 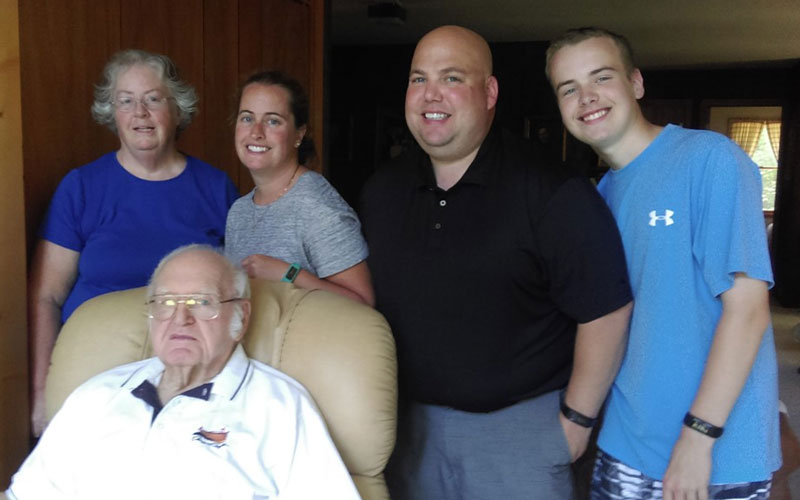 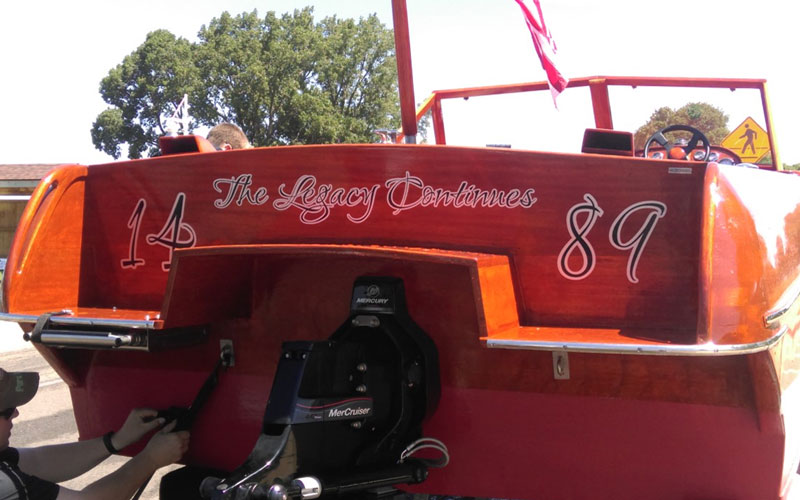 14-89 The Legacy Continues designed and built by Chris Smith and Zach Baum when Chris was 89 and Zach 14. 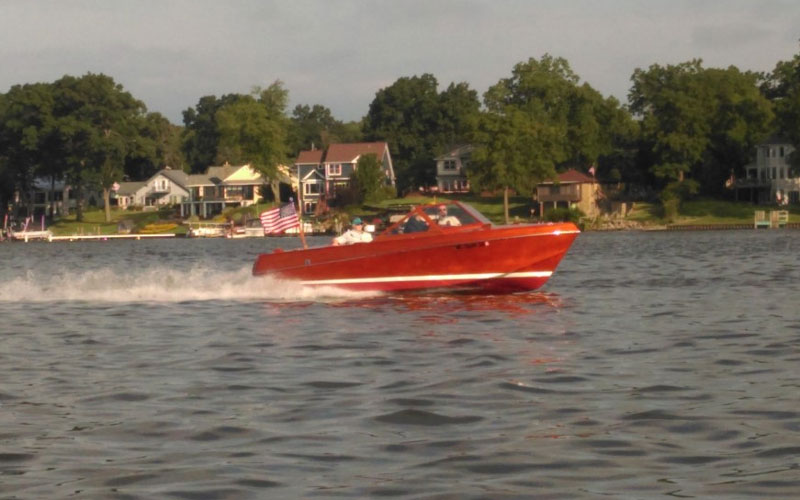