From the NC Coastal And Piedmont Chapter

Our ACBS Chapter, North Carolina Coastal & Piedmont, provides scholarships to students in the Cape Fear Community College’s (CCFC) Boat Building Program.  We also encourage our members to support their annual boat show held at their campus in Wilmington, NC.  Unfortunately, they have not been able to hold the show for several years due to COVID.  But Saturday March 25, 2022 was a beautiful day to be on the Cape Fear waterfront, albeit a windy one.  We had 13 members in attendance and five of them entered six boats in the show.  Joe Peacos showed his 15-foot Lyman Runabout and his 15-foot Barbour Vacationer; Alan Hills showed his 16-foot Barbour Silver Clipper; Jim Dean brought his Chris Craft; John Dougherty showed his 14-foot Wagemaker Wolverine; and John Tinney showed his 1930 45-foot Elco Flat Top Cruiser in the water. 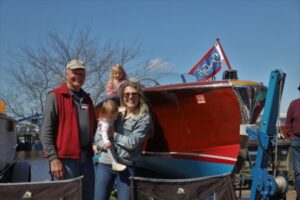 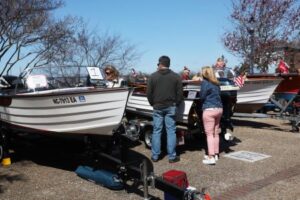 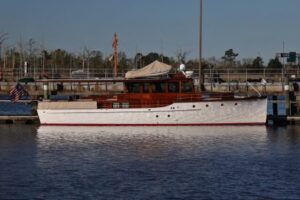 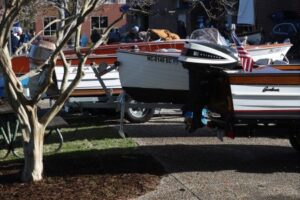 There were about 20 boats in the show and there was a good crowd of people throughout the day strolling the Cape Fear riverfront walk.  We toured the CFCC Marine Technology and Boat Building Program’s facility and saw a number of projects underway.  Two students that were present had won scholarships from ACBS—Jacob Caldwell and Micha Lessard. Jacob said that without the scholarship that ACBS provided that he would have been forced to quit school to work until he could save up enough money to return to the program.  It was wonderful to see how much this money means to the lives of these two students. 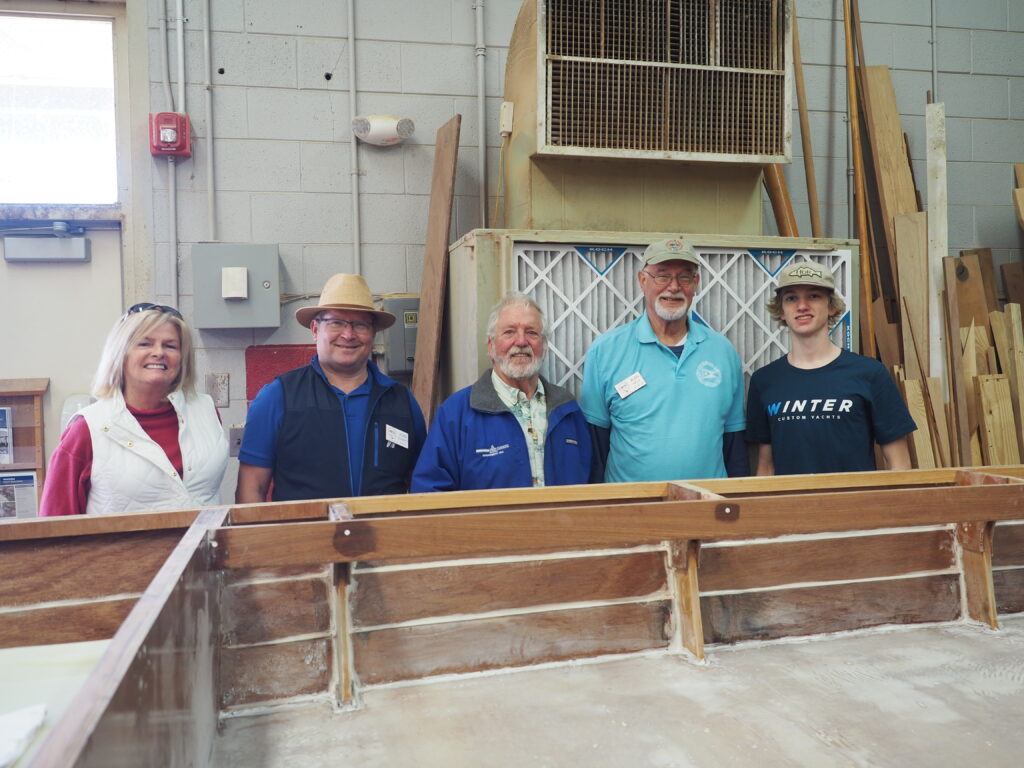 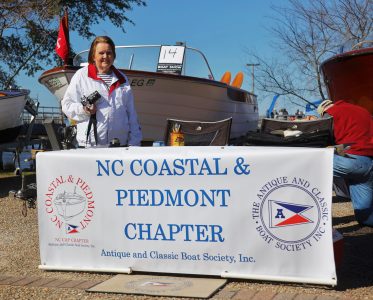 While this show was not big in size, it was huge in terms of exposure.  We handed out eight ACBS applications to what we consider to be serious potential chapter members.  If half of those follow through, we will have done well.  Fellowship, fun, food, boats and water—no better mix than that—a recipe for a top-notch spring day! Click here for more pictures. Click here for a short video from show.