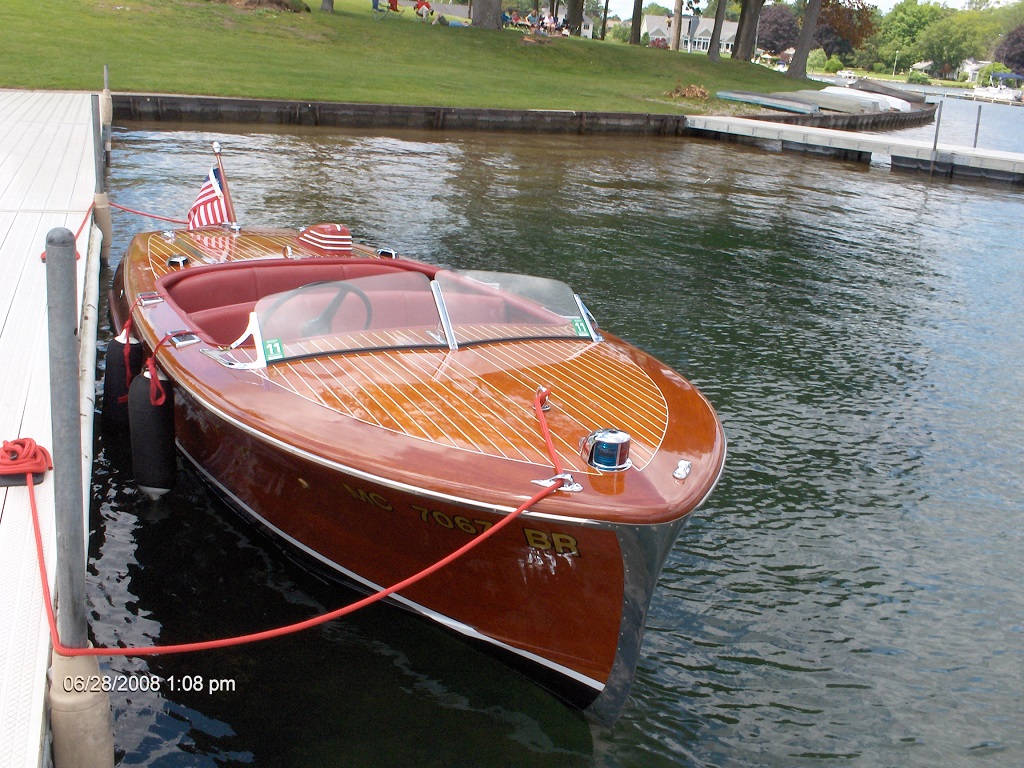 By Wright family members of the Michigan and Water Wonderland chapters

By Norma Wright member of the Michigan and Water Wonderland chapters
Chrissy is a 1948 Chris Craft custom deluxe runabout with the original triple carburetor motor. When she joined the family in 1974, she was covered with fiberglass and painted brown and white. She remained this way for a few years while the family waterskied almost daily. The challenge was to find the speed to create the largest wake to make the skiers fall. There was a time we had 7 skiers all at once. She was a huge part of our summertime fun for many years.
While the boat was being restored at Macatawa Bay Boat Works, my son Bill, rebuilt the motor to factory specifications. He did such a great job that Macatawa Bay Boat Works offered a mechanics job to him, but he declined. The refurbishing took over 3 years. They brought back the original mahogany finish and painted the bottom to the original color as listed on the build sheet.

Over the years Chrissy has won numerous awards. Hessel, Algonac, Traverse City and Port Sanilac are only a few of the shows in the past 15 years. While at Port Sanilac she takes a spin out on Lake Huron. I still love to hear the roar of the motor as it starts up and takes people for rides. Chrissy still gets a workout at family get together’ s and celebrations.
Chrissy will be busy August of 2020. She will be delivering Bill and his daughter to her wedding. What a spectacular entrance that will be!