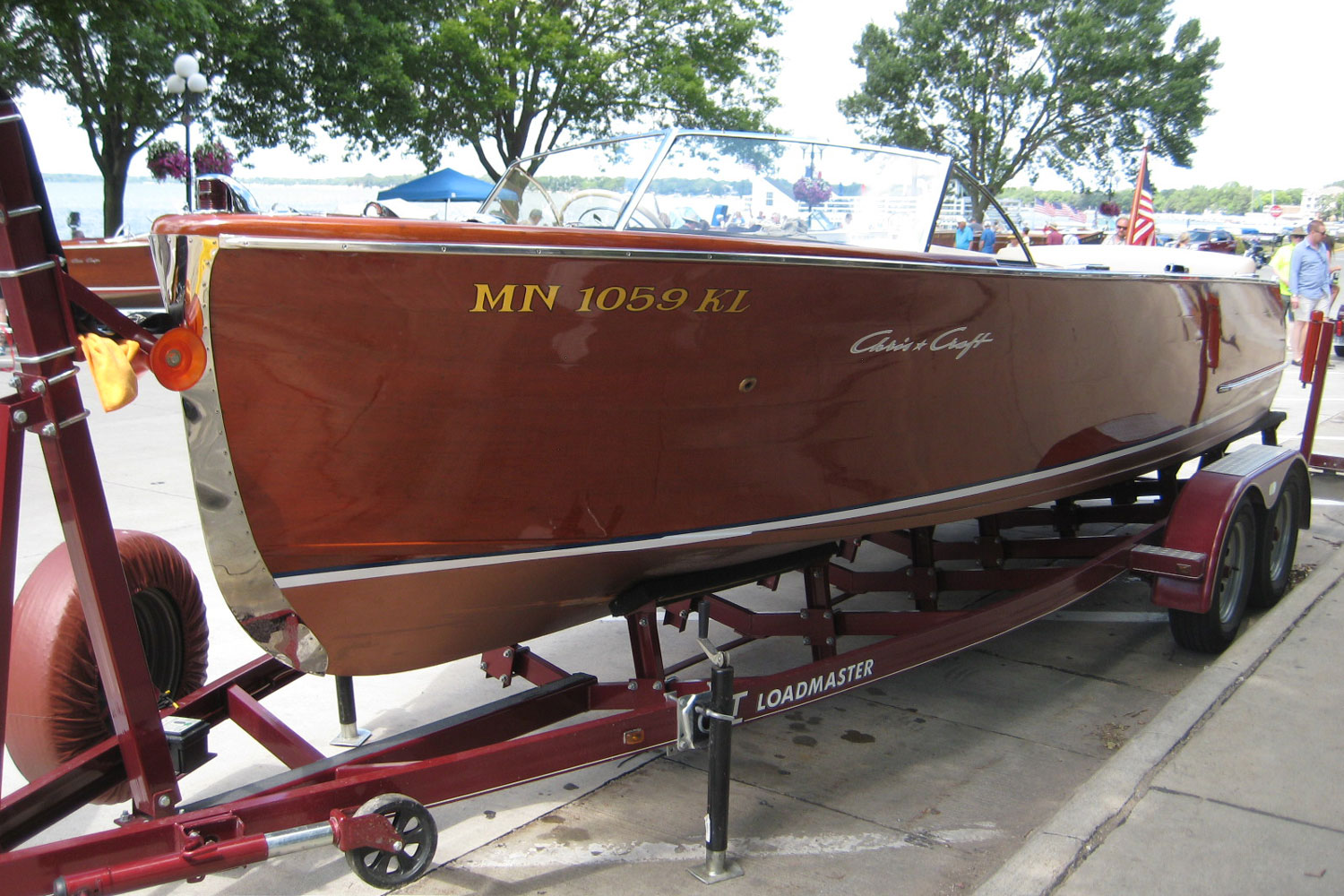 On a beautiful  Saturday in July, Clear Lake, Iowa, was showing off beautiful boats.

Although this show has a long tradition, this is the first year that the Clear Lake Chapter members were becoming part of the Bob Speltz Land-O-Lakes Chapter.  From now on, the Clear Lake Iowa Show will be part of the BSLOL annual calendar.  The blending of these two neighboring ACBS chapters became official this summer to form an even stronger regional organization.

Twenty classic boats were viewed by hundreds of  admirers. What a variety!  One of the three “Thayer IV” boats used in “On Golden Pond” was there from Minnesota.  “Miss Higgy”, newly restored 1960 Higgins Mandalay, drew lots of attention.  “Surprise”, once owned by Walter Merrill in the 1000 Islands, now calls Iowa home. It is a 1927 30 foot Hutchinson.

Enjoy a glimpse of the show through these pictures submitted by Scott Martin and Paul and Marge Morris.