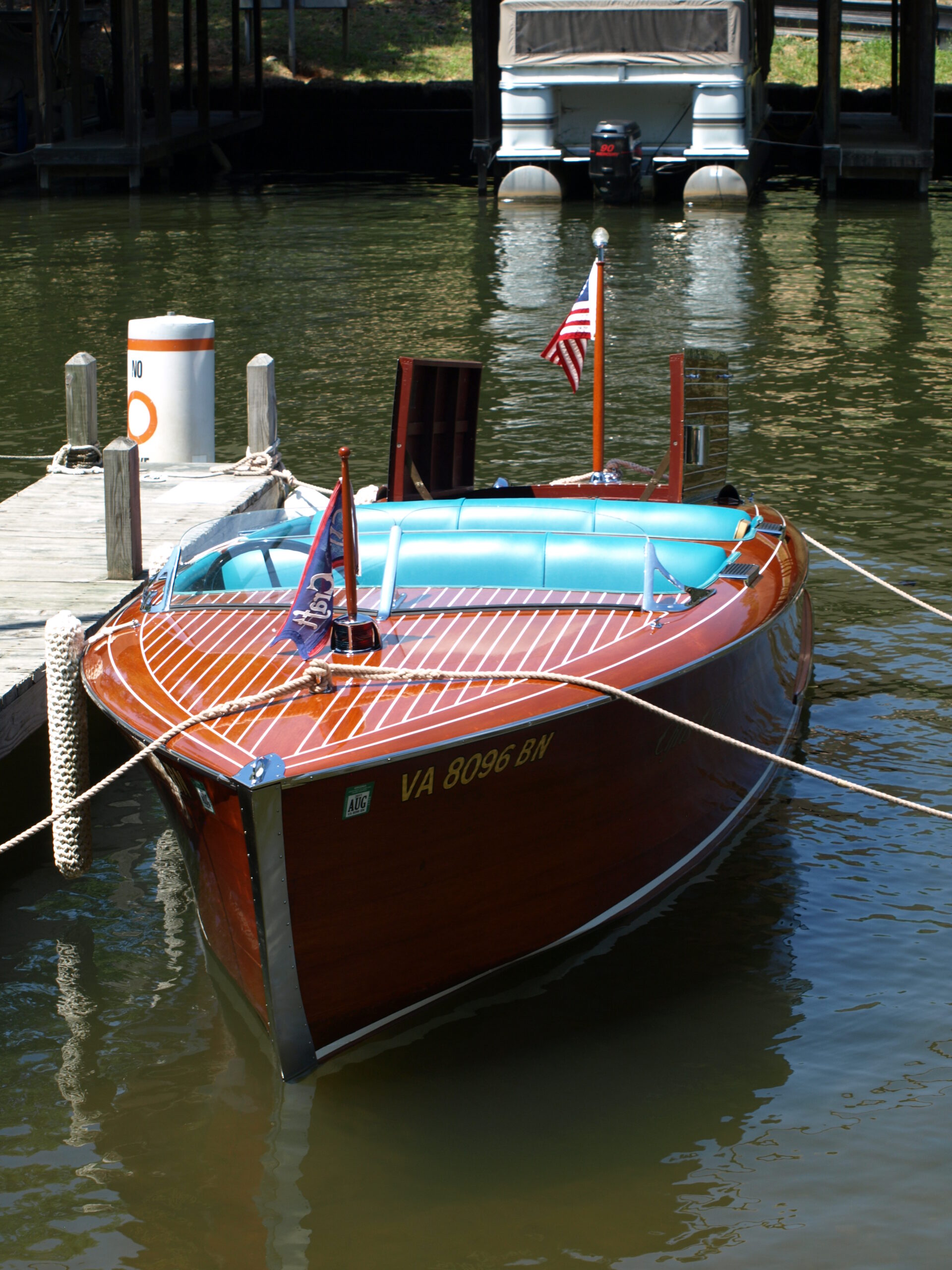 by Jim Alexander member of the NC Coastal & Piedmont chapter

As a kid growing up in NE Pennsylvania we had plenty of outdoor time and lots of swimming in local creeks. Not so much lake time, as the lakes were too far away for biking. However, my parents had two friends with lake houses and boats, so we were always so happy to be going to their places. Getting a boat ride in one of those beauties was such a thrill and we could only think of when they were going to “go fast!” – the same thing we hear kids ask for today.

One of these friends was Mr. Quinn at Lake Carey. A nice Chris-Craft utility, late 40’s. He later suffered the unfortunate mishap of having the tow rope break as he was towing his daughter skiing and being slashed across the eyes by the boat end of the rope and blinded.

I had always wanted to go back there, run the lake, look for their cottage and offer a ride to any relative still there in honor of their father/grandfather. A couple of years ago, I hauled the ‘41 Barrelback the 550 miles to Pennsylvania. My lifelong friend & I launched, crossed thru the low culvert to the upper lake (without regard to the rear flag pole’s height as we crept under a low bridge – just cleared, thank god) and rode the lake looking for Quinn’s cottage, as it had been, back in the day, snuggled in tall, thick pines. Neither of us could see it…the view we remembered just wasn’t there.

My friend remembered that there had been a tornado a few years prior that destroyed some property and many trees, hence the changed view. We finally gave up, having other commitments. We fought the boat back on the trailer overcoming the underwater gravel dam washed up by people gunning their outboards onto their trailers on the dirt ramp.

Backing the trailer & boat out onto the road to head back home, I heard a woman calling “I see you are from North Carolina!” having seen the home port on the transom. “I used to live in Raleigh and every summer, as soon as school was out, I would come up here to my grandfather’s lake house for the summer…he had a boat like that one.” After some boat related small talk, I asked if her name happened to be Quinn…”yes.” She was living in her grandfather’s cottage. So there it was, by coincidence my fantasy was half fulfilled – no ride, but at least, we met and reminisced about the good times, on the lake, in wooden boats.