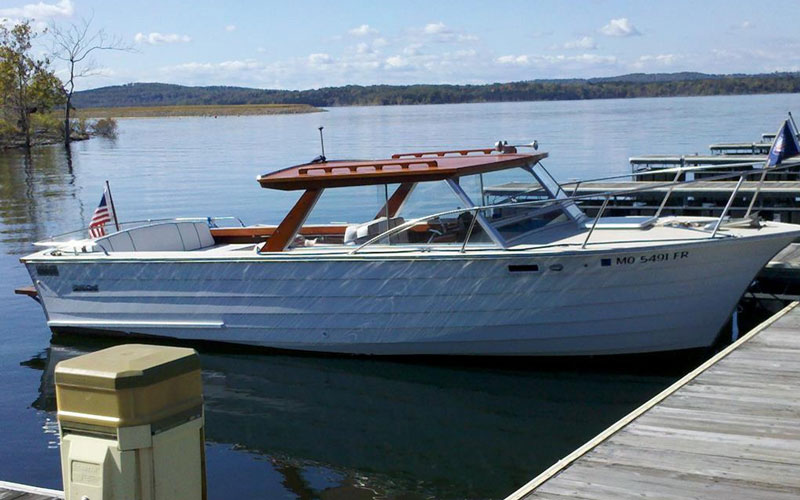 A Rarity in Antique & Classic Boating: Company that has Continuously Built & Restored Wood Boats for over 100 Years

Many ACBS members are gifted craftsman and mechanics, but others must, or just want, to rely on others to keep their boat or boats looking good and safely navigating on top of the water.  For those, it is comforting to be able to trust true professionals with years of experience.  This is a brief look at one such company. 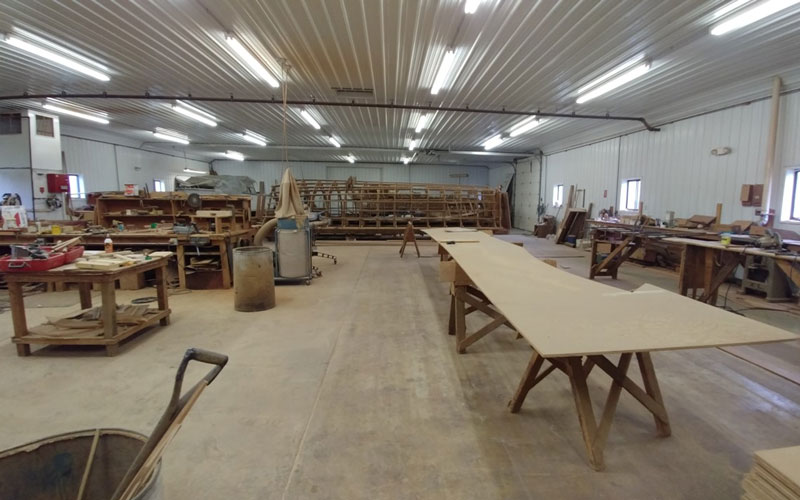 One of the original jigs, this one for the 31’ Skiff Craft hull In another of a building next to the main shop.

Skiff Craft Boats of Plain City, Ohio began as Henry Boats in 1904 in Peterborough, Ontario.  It moved to its current location in 1959 and changed its name to Skiff Craft.  Each boat was built one at a time by skilled Amish and Mennonite woodworkers.  The original jigs on which the hulls were built are still at the Ohio plant.

Skiff Crafts are lapstrake marine plywood built boats with high freeboards and are designed to get their crews safely back home even on the roughest Great Lakes (or other) waters. In the 1970’s and early 1980’s they would turn out as many as 150 vessels a year.  In 2011, they built their last new Skiff Craft boat, but they continue to restore Skiff Crafts from the nameplate up and even occasionally other brands of wood boats.   They currently are putting the finishing touches on a 31’ Skiff Craft that has a brand new hull, but cannot be listed as “new” since it is being powered with two preowned engines and a few other previously used parts.

Steven Frey, who now manages the operations in Plain City for Skiff Craft, has been with the company since the early 1970s.  That kind of hands-on knowledge allows for quick trouble shooting of problem areas. Coupled with ready access to original jigs and plank and interior structure templates for virtually every Skiff Craft boat built in the last fifty or sixty years, they can bring new life to neglected or hard used boats at a competitive cost. 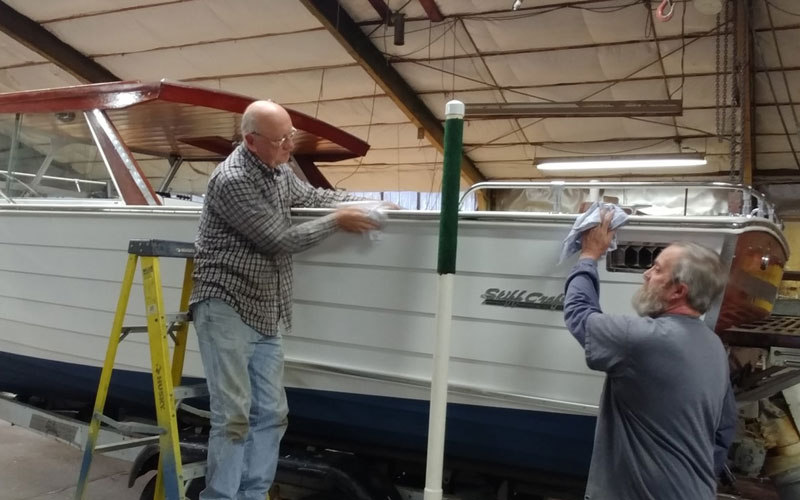 Steven Frey and Terry Moore stand by the refurbished 1984 Skiff Craft. Together these two woodworking master craftsmen have over 70 years of experience building and refurbishing Skiff Crafts.

They recently worked to make an ACBS couple’s 1984 24’ Skiff Craft Hardtop that had logged hundreds of hours in both fresh and salt water ready for years more use.  They did a complete assessment, and then replaced three sections of three bottom planks, and a portion of the shear strake at the bow, reattached some structural supports that had loosened through years of pounding seas, replaced several broken hull nails with bolts and screws, dropped and resealed the outer keel and cleaned and preserved the bilge.  Then they sanded and painted the bottom and sides of the boat and added new vinyl to the deck and a new rub rail all around with a couple of other smaller parts changed out that had become pitted or damaged over the decades of use. 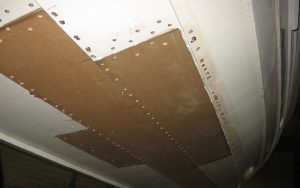 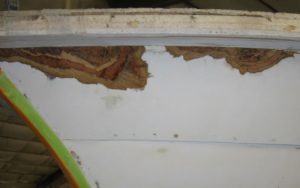 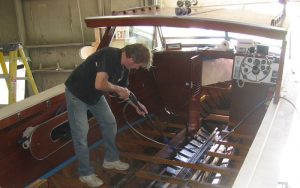 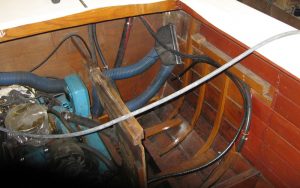 It is rare to see a boat company continuously operating since early last century, but it is the good fortune of the more than a dozen ACBS members (and an unknown number of non-ACBS members) who own a Skiff Craft that this wealth of experience and knowledge is still available to help them keep their boats in great water-ready shape for years to come. 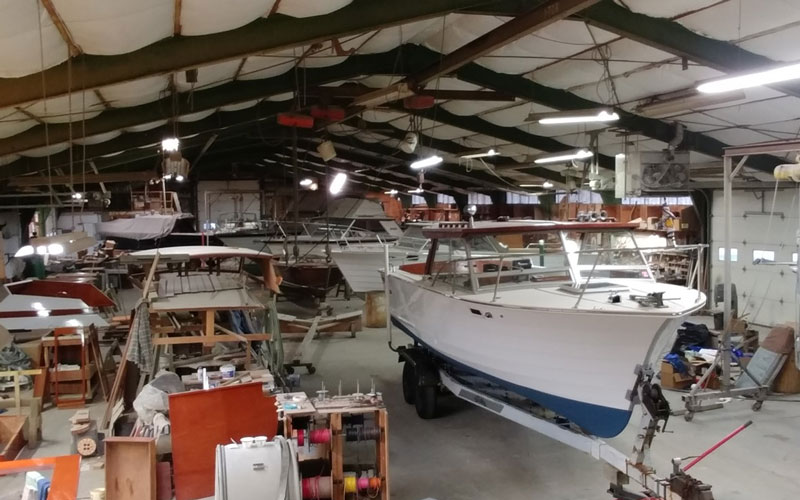 The floor of one of the Skiff Craft buildings in Plain City, just outside of Columbus, Ohio. Note the Chris Craft waiting for repairs with the several Skiff Crafts.

This article was prepared by John Thompson who with wife Carolynn have plied many lakes and rivers including most segments of the Great Loop in their 1984 Skiff Craft.  Thank you, John, for sharing this story and for preserving such a great boat.