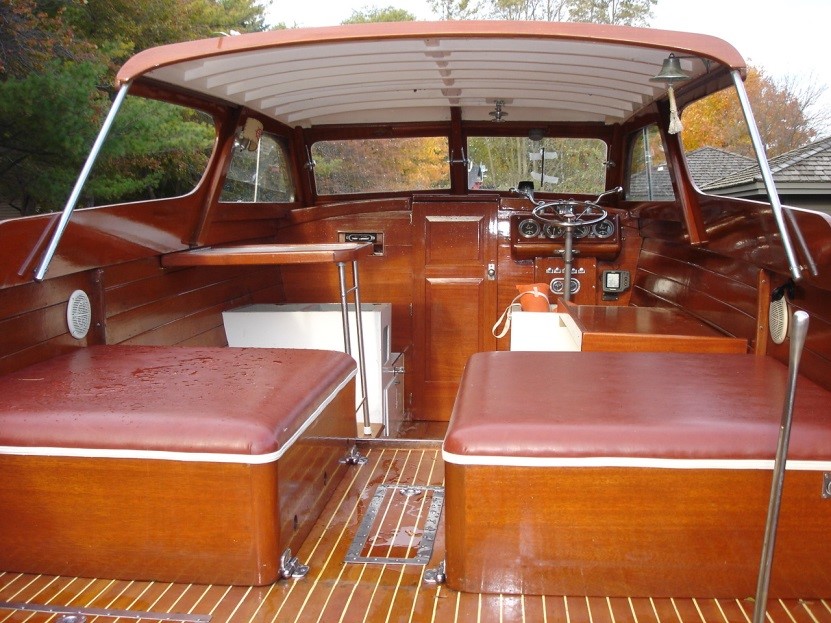 “Baby Grand” is a 28’ semi-enclosed Cruiser mfg. by Chris Craft in 1954 at their Holland Michigan plant.

“Baby Grand” is owned by Richard and Ann De Boer. She has twin KL’s (105 Hp each) and was originally delivered as a mail boat for Lake St. Claire and St. Claire River area near Detroit and as such has a steering control in the rear of the boat in addition to controls in the cabin area.  She is a user and we generally put her in the water around Memorial Day and she’s in the marina all summer on West Grand Traverse Bay.  It’s a wonderful boat for the bay and as we say she parties ten and sleeps two so they gotta go home sometime.  She is all pretty much original and is in the preserved class.  We love her classic lines and while she’s a good size we can still trailer her to shows in the area.  We just returned from the show in Hessell, MI in the Le Cheneau Islands in the UP.