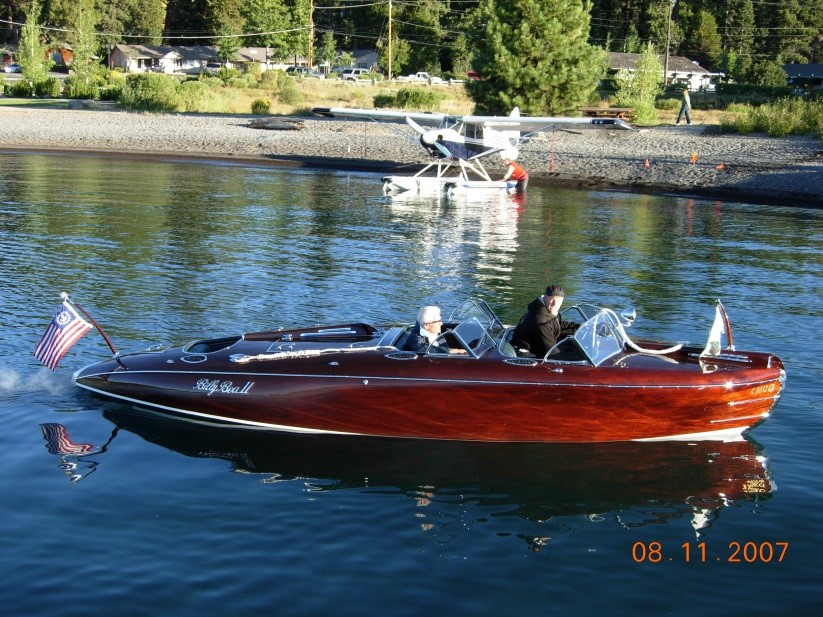 Vintage Boats are prepping for the ACBS International Boat Show at Lake Tahoe.

Boats begin arriving at Carnelian Bay in 11 days for the public show on Friday and Saturday, September 23 and 24.

A quick history about Earl Barns:  In 1935 Billie Bea II was built by Earl Barnes for a Dr. Charlton.  The boat took Earl Barnes one year to build; everything was done by hand including the castings which he carved out.  In his early teens, Earl Barnes did an apprenticeship with Bert Minnett.  In 1926 he started his own business, in a short time Earl Barnes became one of Muskoka’s respected boat builders.  Earl Barnes build about 25 boats and few have survived.   In the early nineties, the boat was brought out of hiding and underwent a ten-year restoration.  We bought the boat from a collector in Chicago in 2003.