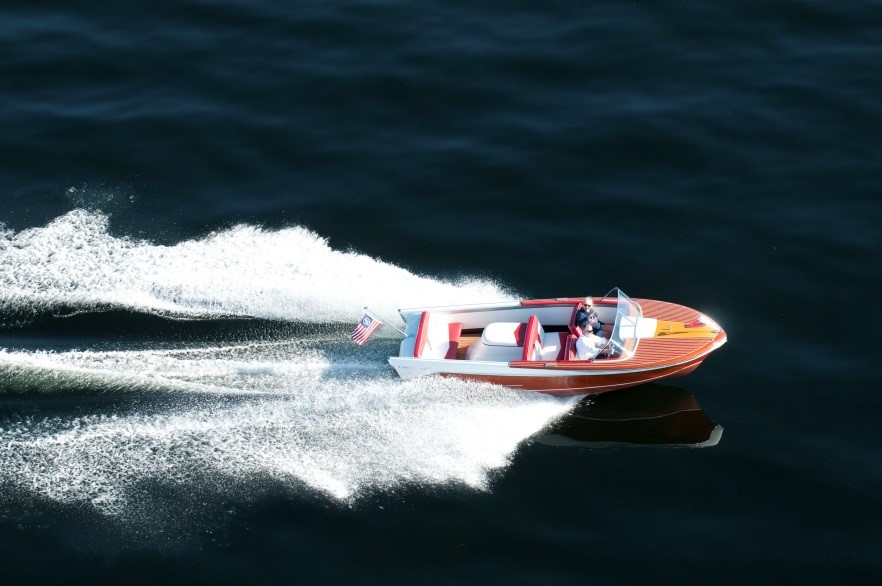 The excitement is building.  Will you be there to see the show?

The boat was originally sold through Green Valley Motors in Catskills, NY, and presumably was used in that area for many years. The boat returned to Indiana around 2000, and was purchased by the current owners (Jim and Cyndi Atkinson) in 2007. At that time the boat was in poor condition and underwent a complete restoration which was completed in 2010. This particular model is one of a series of three, in which Chris Craft attempted to use extreme automotive styling and power to retain market share for wooden boats as they competed against fiberglass manufacturing. The Cobra, built only in 1955, the finned Continental 1957-1959 and the later Continentals with flat fins in 1961-1962. All were produced in very limited numbers, cost more than the rest of the line, and did not sell very well. As a consequence, there are estimated to be less than 20 of the 185 models like the twin finn which remain.  This boat has received a large number of awards at local, regional and international shows including the 2013 ACBS International, and the 2010 Tahoe Concours D’ Elegance.