Cruising the Lewis and Clark 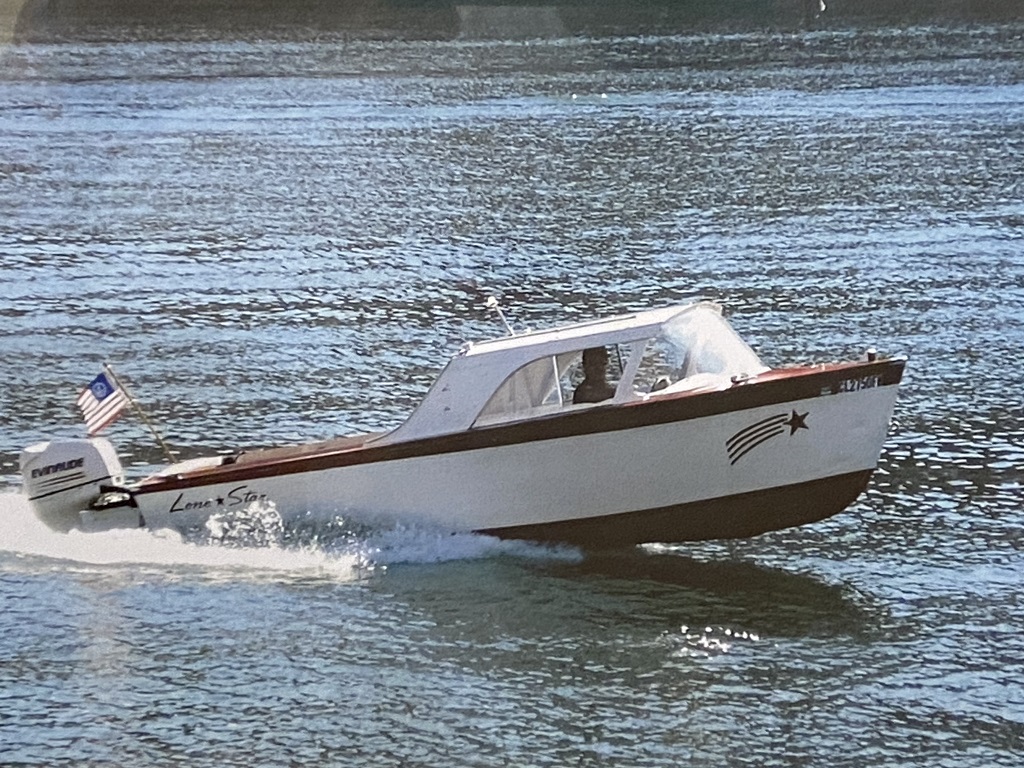 By Rick Peebles member of the Rocky Mountain Classics chapter

As far back as I can remember we were always going to “the lake”! Lewis & Clark Lake was created when the US Army Corps of Engineers built Gavins Point Dam as part of the Flood Control Act of 1944. Recreation on the lake opened in 1957, at which time my father and grandfather became some of the first to enjoy all the fun that Lewis & Clark had to offer. They bought a 1957 Lone Star Eldorado – the first post-World War II aluminum boat to compete with the “woodies”! It was big enough to carry the whole family to most any beach loaded with food, towels and gear. It was soon realized revisions to the boat would have to be made if we wanted to use the Lone Star to ski, so it was repowered with a 1965 75hp Johnson Seahorse.

Grandfather and grandmother loved to go out with the grand kids to fish, hang out and eat sardine sandwiches. In 1970, my grandfather passed away followed by my dad in 1973. Mom kept the spirit alive for a while, but eventually discontinued the annual slip at Weigand Marina. It was the last of the original boats that had started the marina in 1957. My brother, who lived in the area, agreed to take the Eldorado but found it was not the best riverboat, so it was dry docked for years. In 1991 I brought the boat to Colorado for restoration which was completed in 1993.

Structurally the boat was in great shape. The hull seams had to be sealed, and it needed new decking and side walls. A mahogany dashboard was added to snazz up the interior, and custom cushions were fabricated to match the original style. We then repowered the Lone Star with a 115hp Johnson, hanging it on a mahogany motor mount which is part of the “fisherman’s well” as my grandfather called it. As it turned out the 115hp Johnson was a lemon, having been rebuilt three times before realizing OMC was on its way out. Currently, the Eldorado is powered by a 115hp Evinrude.

Our Lone Star Eldorado has seen a host of lakes in Colorado, it’s been back to the waters of Lewis & Clark, and we’ve enjoyed multiple trips to Lake Powell. The 1957 Lone Star Eldorado is a wonderful cruising craft and I love to hit marinas and show it off!