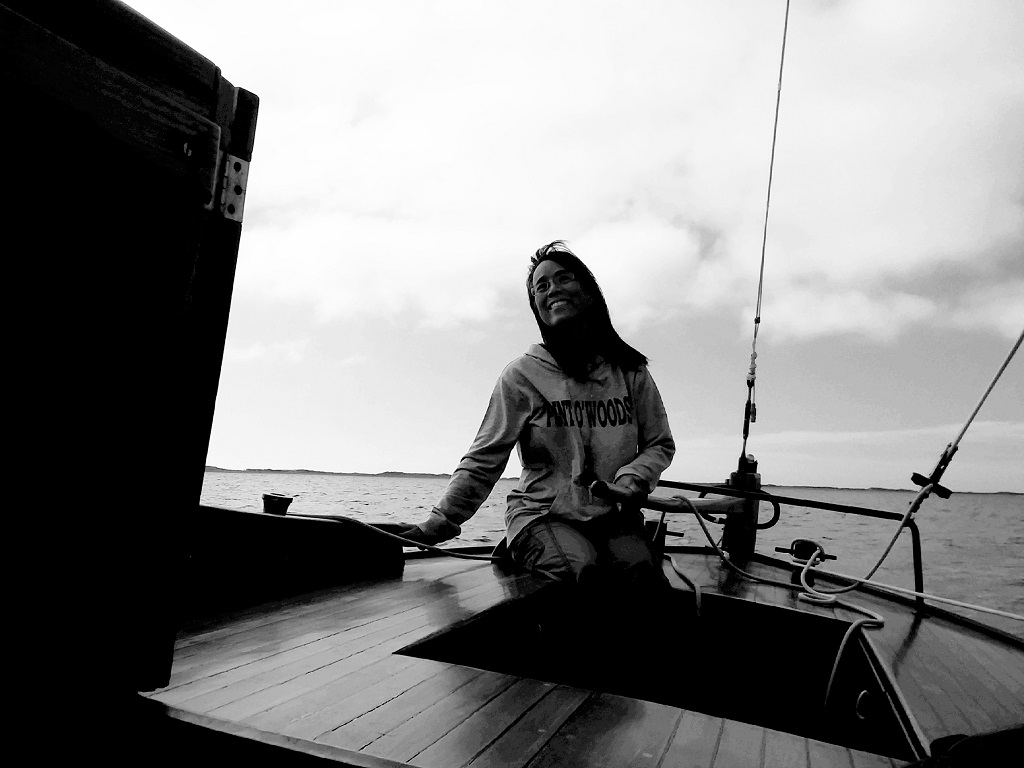 by Matt Kleisler member of the Long Island chapter

Having grown up on the south shore of Long Island in NY, we spent a great deal of time on the Great South Bay. My father had a wooden boat and I loved it. Summer vacations, weekends and father/son time was sent on it. She was sold when I was 15 years old. As life allowed, I started my search for the boat of my youth. I spent months searching the web for her. Nothing came up and I was feeling discouraged until I came across “Cuttlefish”. She was not a match but something about her struck a tone that was familiar to the boat of my past. I pursued.

After several trips to see her I purchased it. She needed work but I felt up to the challenge. My first year was spent dealing with a seized engine that fostered several dozen panic attacks. After getting past that I worked on what I thought I knew better. Wood working. The rudder was remade as well as the tiller. Her cabin was splitting and I did an ad-hoc job of fixing that. Learned how to calk her bottom also.

Her first season in was short lived as my initial motor out into the Patchogue river shook her enough to expose a rotten stern. She was out and I learned to rebuild that. The following spring I sistered up some of her ribs and made a new aft deck. That season was her first full summer in the water. It was everything I hoped it would be and then some. Short daily trips when weather allowed got my skill set up to par for bigger adventures in the years to come.

During my research of Cuttlefish, I found her sister in CT. The owner was gracious enough to allow me to spend the day with them going over her. Chequita was well taken care of by a master carpenter who completely disassembled her and restored it completely. She is everything I wanted Cuttlefish to be. I expressed my desire to know that if and when it was going to be sold I would want to know about it to at least track her. Less than a year later he sent me an e-mail stating it was for sale and that he wanted me to have it.

At a great price, I now own her! She serves as an excellent model for my Cuttlefish restore. This past season was great on her. The Volvo Penta MD1 never fails. This season I have stripped all varnish and re-doing it. Next season I will replace cabin top and pull engine for a clean up. Outside of this, she perfect.