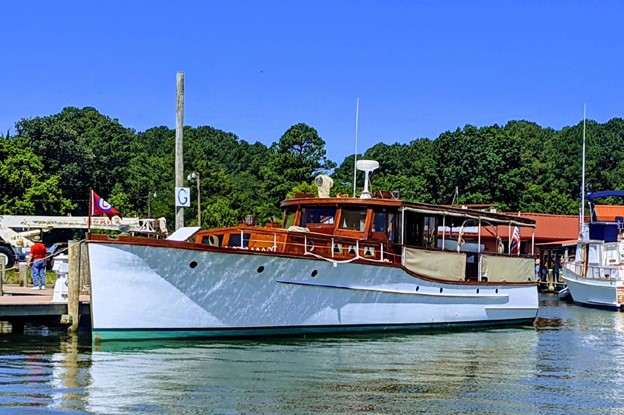 Photo above – Cygnus II at dock in St. Michaels, MD, where she attracted countless visitors throughout the three-day event.

The People’s Choice Award is the only award show guests can vote on to select their favorite vessel of the many, many stunning classic yachts and runabouts that gather for this annual event. The award is presented to the yacht that best exemplifies the spirit of classic yachting.

Cygnus II, whose owners are members of both the 1000 Islands and Chesapeake Bay chapters, is now based on Kent Island, just east of the Annapolis Bay Bridge. Formerly she was berthed in Alexandria Bay at Bonnie Castle, where she served as a charter yacht taking area residents for private cruises and weddings at the castles.

“We’ve won the gamut of awards from judges, but this award means more to us because that’s what we’re all about,” Reynolds explains. While many boat owners do not allow show visitors on their vessels, Cygnus II is a center of hospitality of every show. “People can’t see a boat like this from the dock. They have to come aboard and ‘feel it’,” says Reynolds. Wright, a longtime classic yacht surveyor and delivery captain, worries that “the number of classic vessels still in existence is shrinking, and if we don’t rebuild enthusiasm for these beautiful boats, there won’t be any left. These boats are part of America’s history,” he adds. 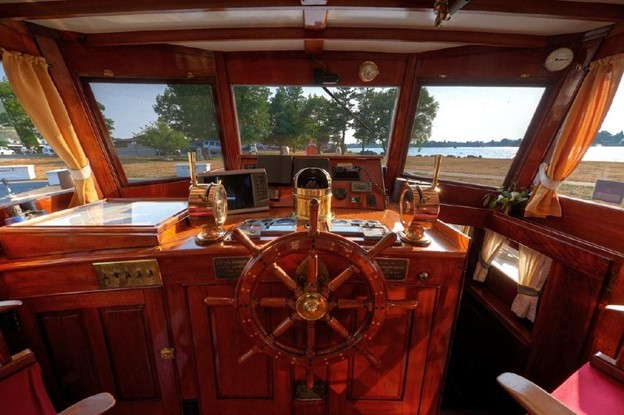 In previous years, Cygnus II has won awards at the Clayton Antique Boat Show (Best Cruiser); the Buffalo Boat show (Commodore’s Cup), Alexandria Bay Vintage Boat show, and other shows such as Mystic, CT, and Ocean Reef, FL. “To our knowledge, she has never left a show without a significant award,” says Reynolds.

The couple has owned Cygnus II since 2011, after their previous vessel – a 1925 motor yacht — was lost in a tragic marina fire in Washington, NC. Cygnus II became a popular charter vessel in the 1000 Islands, but she required a years’ long rebuild to keep her afloat.

“Sadly, our beloved Cygnus II is on the market,” states Reynolds, who along with Mike is a 100-ton master captain.

“Actually, she was lucky to be built at all,” Wright explains. She was designed for a NY industrialist by a famous naval architect, Louis Kromholz, and built just as the depression kicked in in 1930. She is truly a NY built boat. While she retains the look, feel and detailing of an antique vessel, Cygnus II is equipped with two Yanmar diesel engines, GPS, air conditioning, heat and other amenities added over the years.

The couple met 16 years ago delivering a Trumpy motor yacht from Palm Beach to Annapolis and have been together ever since. 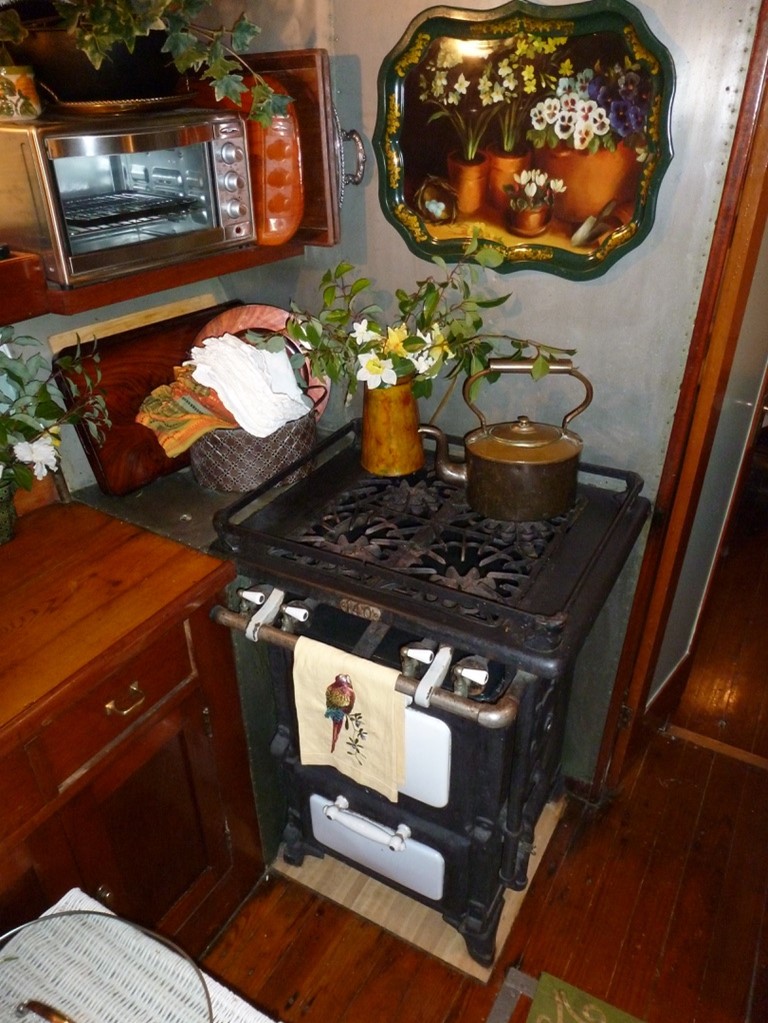 One of the most frequently asked questions at boat shows: how old is your stove? This is the original 1930 shipmate stove. It’s propane, And it works great.

Cygnus II waiting for wedding couple at Boldt Castle a few years ago. 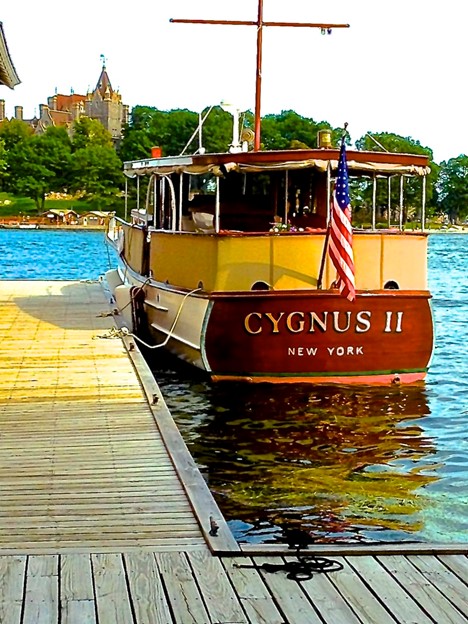 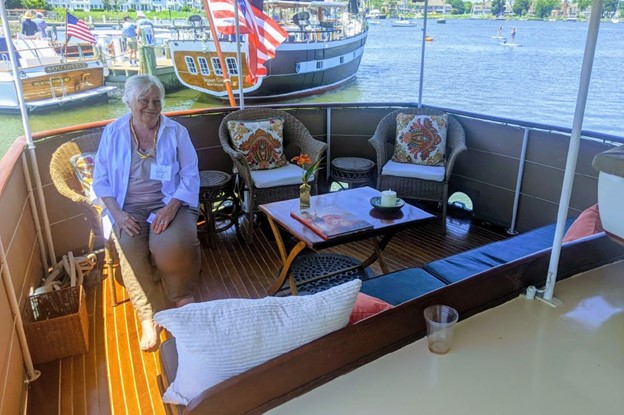