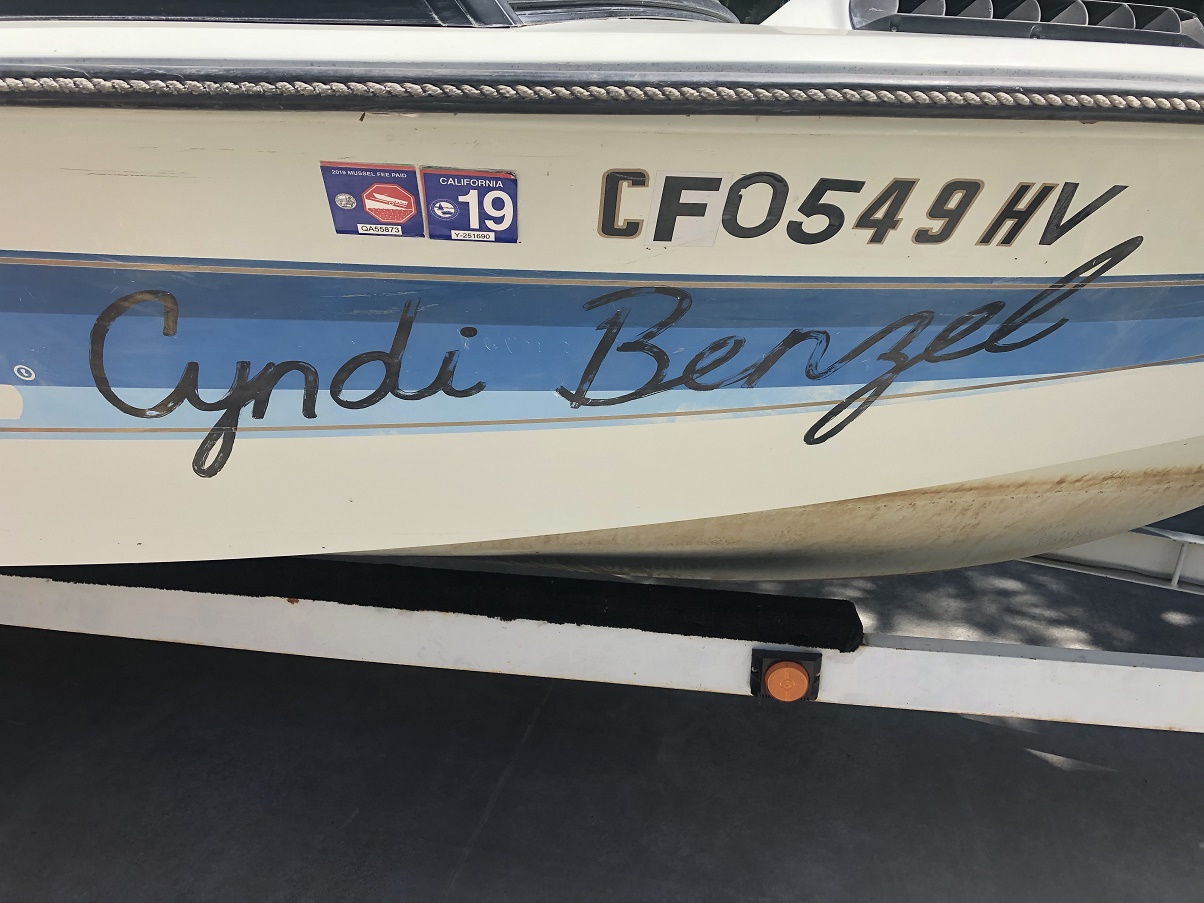 by Brian Ferrin member of the Northern California/Lake Tahoe chapter

I wasn’t looking for another boat, much less a 1982 Ski Nautique. I’d had 7 tournament ski boats, including 6 Nautiques but when I saw it sitting on its trailer on the dealer’s lot in Rocklin, Ca I was curious. The salesman told me that it ran great and had an impeccable service history. Right.

We peeled back the cover and,what a mess! The gel coat was horribly oxidized, most of the stripes faded and rubbed off, and the emblems were illegible. The hull was badly water-stained. It was filthy inside. When I opened the motor cover, it got worse. Oil everywhere. The originally silver PCM Ford engine was mostly black. Curiously, the name Cyndi Benzel was hand-painted on the hull sides, and I recognized this as Cyndi Benzel, world champion water skier from the 80’s. We started it and it ran very smoothly, evidence of good recent service work. The carpet and upholstery had been recently replaced, and the boat was actually very solid. I balked at the $4200 asking price, but $2500 later I was towing it home.

I pulled the engine/trans and went to work cleaning the hull, bilge, and interior, and it cleaned up very well. The engine got a thorough power wash, some new gaskets and a fresh coat of paint. I fixed wiring for the fuel gauge sender, stern light, and blower, and built a new composite helm seat base. I stripped the deck of windshield and hardware, and began a 5-step gelcoat rejuvenation. Satisfied with the results, I reassembled everything, declared it seaworthy, and we headed to the lake. It performed beyond my hope. After 20 years, we even managed to get up on slalom skis again. (oh my, sore Tuesday!).

I posted some questions and photos on a Correct Craft forum, and received all the help I asked for, including an email address for Cyndi Benzel. She cordially responded and told us she had been given the boat by Correct Craft for winning the 1982 women’s slalom championship. It was a ‘trophy’ of sorts. She told us she still skis competitively behind a Ski Nautique.

I told her that if she ever wanted this one back to let us know. Until then, my wife Maggie and I will be skiing and cruising every summer, just like it was still 1982. 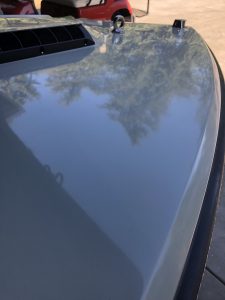