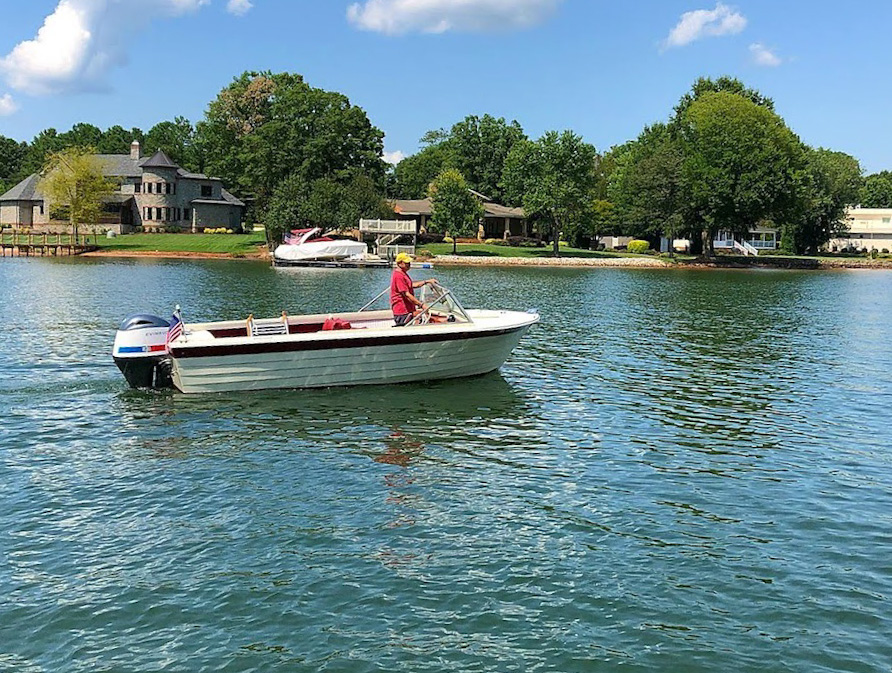 by Tom Dunn member of the Blue Ridge chapter

The new fiberglass 1968 19′ Penn Yan was bought by my father after a barn burnt down along with our 1960 wooden Thompson. Penn Yan had only started making fiberglass boats a few years before that and they looked almost exactly like their wood boats. It was used extensively in Ocean City, NJ. My father had been in the Coast Guard and he was looking for a boat that handled the rougher waters of the inlets, but he also forbade us, as college students, from going out into the ocean. He had seen too many people in trouble during his years in the service. I don’t have to tell you where the boat went many times! Never a problem! 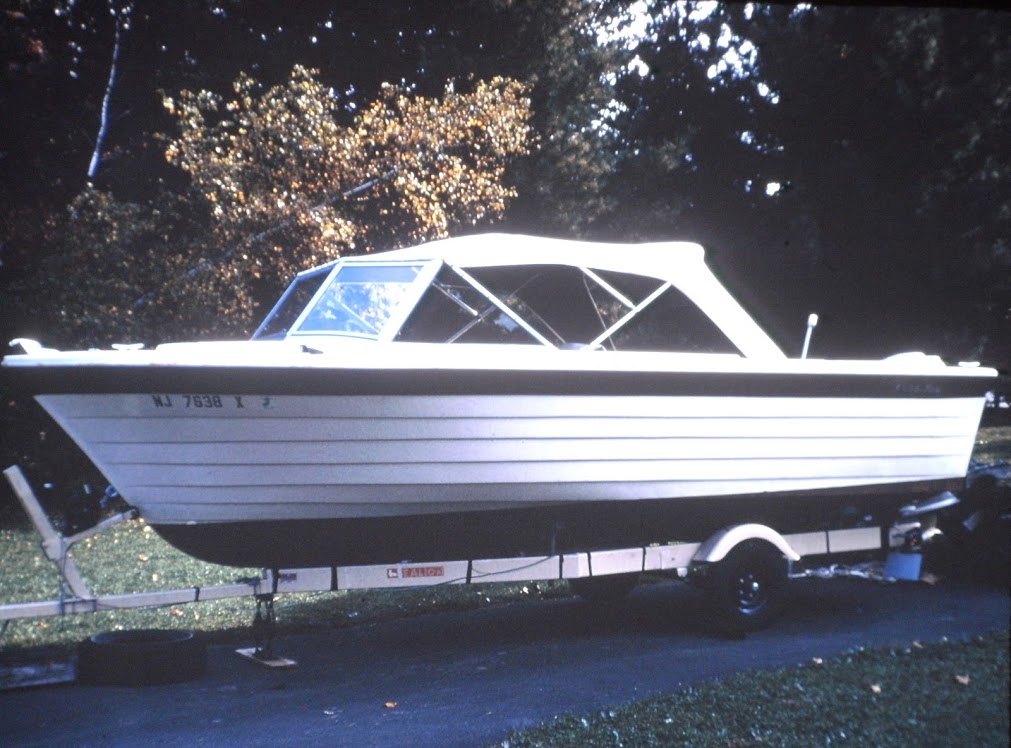 In 1969, I was commissioned in the USAF and my wife and I traveled to the West Coast for the beginning of a 4 year commitment. My father was going to sell the boat, but after significant “negotiation” he agreed to give the boat to us if, “he never saw another bill from it!” We bought a trailer and stored the boat for 4 years. After separating from the military in 1973, the boat was used in both fresh and salt water. When our son became a teenager we kept the boat in our garage and made numerous trips to the Schuylkill River, outside Philadelphia, with his friends after work and skied until dark. The boat never seemed to mind how many people we put in it. With a 115hp Mercury (original motor was a 100hp Evenrude) it would attain enough speed for barefoot runs and the wake was soft enough to permit complete runs through a slalom ski course. 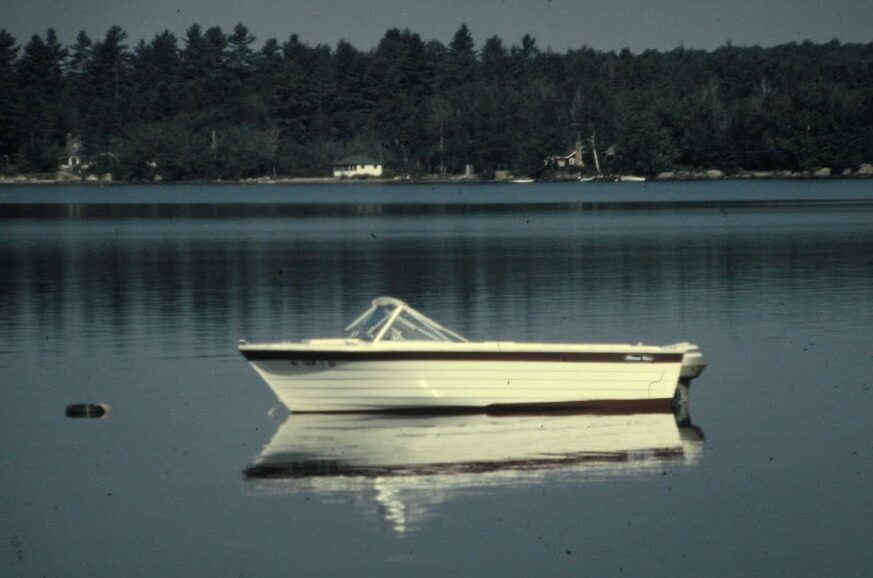 In 1996, our family moved to Indiana, bought an inboard ski-boat and once again stored the Penn Yan, for almost 20 years. In 2015 we gave the Penn Yan to our nephew in Annapolis where he used it for 3 years, in and around the Naval Academy. The Midshipmen became the third generation of skiers to take advantage of the boat’s versatile wake and roomy interior. Concurrently, we moved to Lake Norman (Mooresville, NC) and found our ski-boat unacceptable for the rougher waters of this large lake. I worked a swap with my nephew and brought the Penn Yan to Mooresville and turned it over to Pat Crusse, at Crusse’n Classics, for a restoration. It desperately needed a new transom, a lot of sanding and refinishing, as well as replacement of some wood in the interior. The paint was done to an “as new” standard. I could not have been happier with the final product. We replaced the Mercury engine with a 115hp Yamaha, and Pat creatively suggested having the motor stretch wrapped to look like the original 100hp Evenrude, to preserve some of the original appearance.

The restored boat was launched late in the summer of 2019 and we managed to put 25 hours on it before the leaves fell and it went to storage. I had forgotten how nice it was to drive and how well it took the chop. I keep thinking how happy my dad would be if he were here. Each spring, we look forward taking the “wood looking” fiberglass boat out  and displaying it at shows complete with a sign that shows the original handwritten invoice and my dad’s cancelled check from 1968.

I also want to pay tribute to Pat and his son, Ryan. Ryan did much of the rough work at the beginning of the process and then tragically passed away suddenly due to a health issue at the age of 30. Besides my dad, Ryan’s memory is the second person that rides with us on every trip.