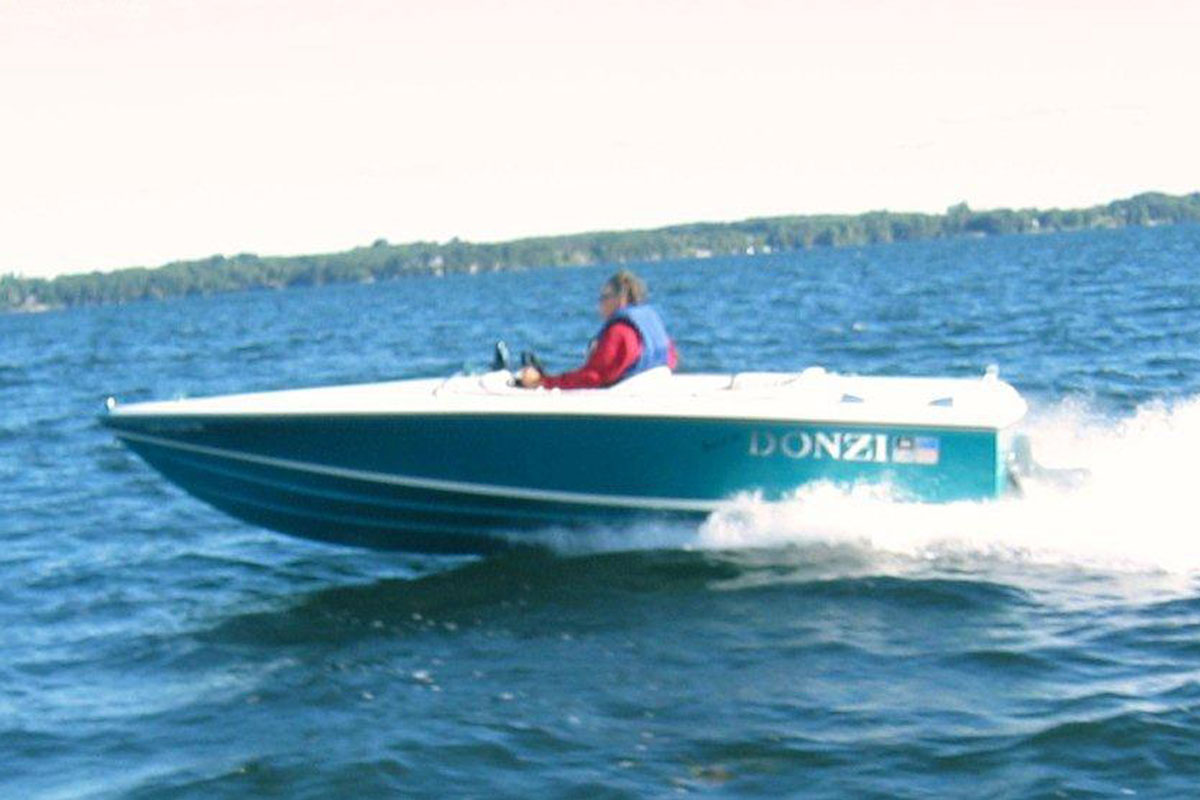 Watch for this Donzi Sweet 16 this summer near Cape Vincent, across from the “silos” on Carleton Island.

John Crociante bought the Donzi late in 2010 from a dealer in Mooresville, NC (FYI, where many NASCAR drivers live).  Like any boat this old it needed some repairs (leaky gaskets, bellows, cracked exhaust manifold, faulty gauges, etc).  He also modified it by adding thru hull exhausts, tuned prop, 270 degree gauges, fume detection system, new bilge pump and hoses, new blower and hoses, Bennett hydraulic tabs, cockpit cover).  For miscellaneous reasons, the Donzi was lightly used, or not at all, thru 2015.  In 2016 she was ready for a full season when the engine blew up on her very first run.  (Don’t ask 😩).

So today, after many inquiries to several suppliers, there is a replacement long block on order and John has made several performance upgrades (aft 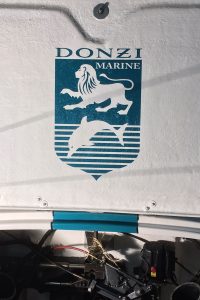 John is anxious to get back in the water this summer.  He will be entering his Sweet 16 in the show at the ABM this year as it’s finally qualified per the ACBS refs (Late Classic).

Oh, his previous top speed (GPS) was 59.8 MPH.  I’m hoping for close to 70 this year with the upgrades ……and with no windshield it feels faster.

Here is my bilge waiting for the new engine after I cleaned and painted it, and a decal (made locally) underneath the engine hatch.

John, his wife, and two dogs live in Pennsylvania and summer near Cape Vincent, NY. 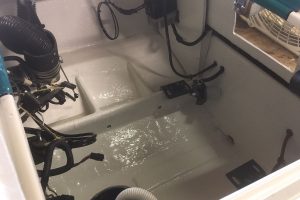 just waiting for the new engine