Double Down – a Gentleman’s Racer 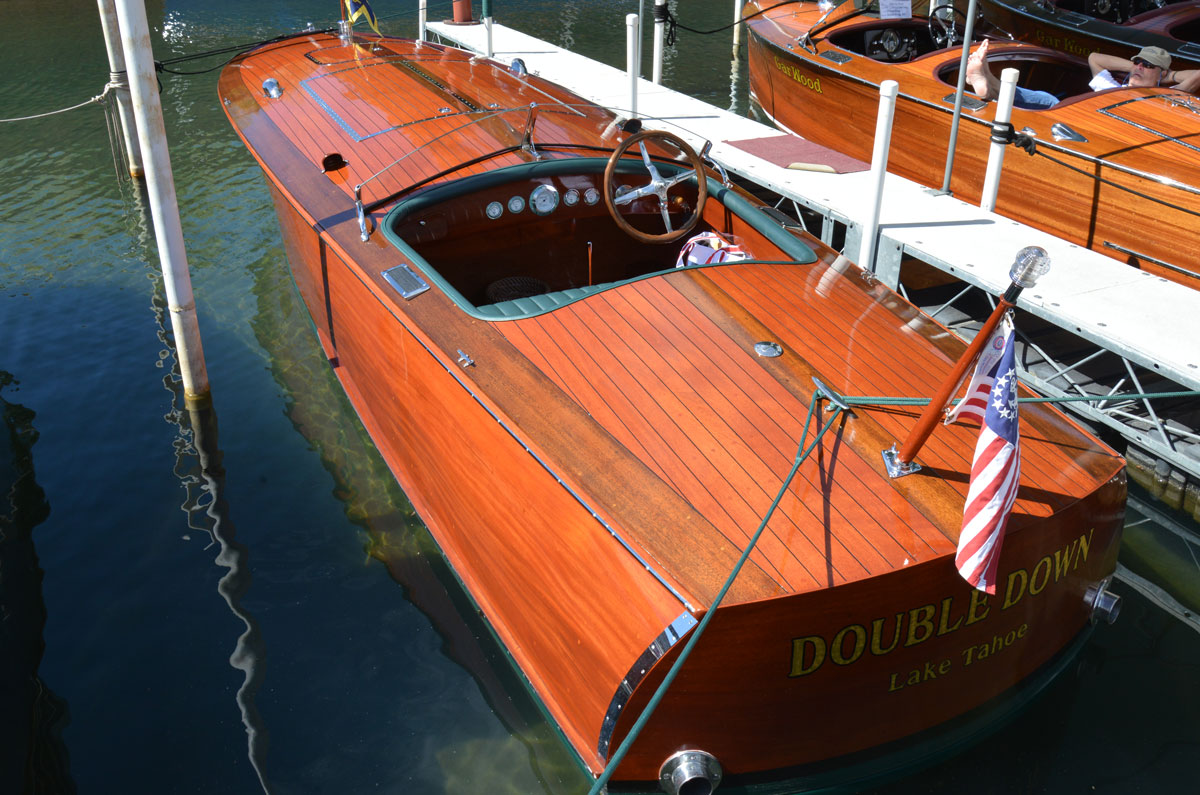 Double Down was a 2016 Platinum Award Winner at the Annual ACBS International Boat Show.

Double Down is a 22′ Hacker Craft Replica built by Bruce Hutchinson in 2015 using the style of a Gentleman’s Racer.  She is powered by a General Motors V-8 engine with 350 hp. She is owned by Jay Gudebski who is a member of the Northern California/Lake Tahoe Chapter of ACBS.

John L. Hacker (1877–1961) was a naval architect and American motorboat designer. His major design and engineering accomplishments include the invention of the “V”-hull design and the floating biplane for the Wright brothers. Hacker’s success in the design and building of speed craft surpassed all others of the time.

His theory was that if his boats were going to go fast, they would have to “plane” rather than plow through the water, but the tendency to plane was considered a highly dangerous mode that was to be avoided. Nonetheless, he built a test craft to prove his new theories—a 30-foot (9.1 m) runabout. The boat’s propeller and rudder were mounted under the transom and a strut was used to position the propeller shaft. The boat also featured Hacker’s revolutionary “V”-hull design, which produced stunning speed and efficiency at low horsepower.

In 1959, William Morgan of Lake George, NY, bought the company.  While maintaining the designs by John Hacker, Morgan used more modern materials and methods to reproduce these antique and classic replicas. Today, the company continues boat production in Ticonderoga, NY.

A Hacker Craft Marque Club has not registered with ACBS.  There must be many very proud owners of Hacker Crafts built in all power boating eras.  Let us know if you have an organization or you are sponsoring gatherings.

Double Down is a great example of a Contemporary Boat that will always be considered a vintage boat because of her styling and craftsmanship. The ACBS age classifications are as follows:

More descriptions of judging classes can be found under the About tab in the menu on this website.

Photographs from the 2016 ACBS International Boat Show are provided by Forrest D. Bryant, a member of the Heartland Classics Chapter of ACBS.