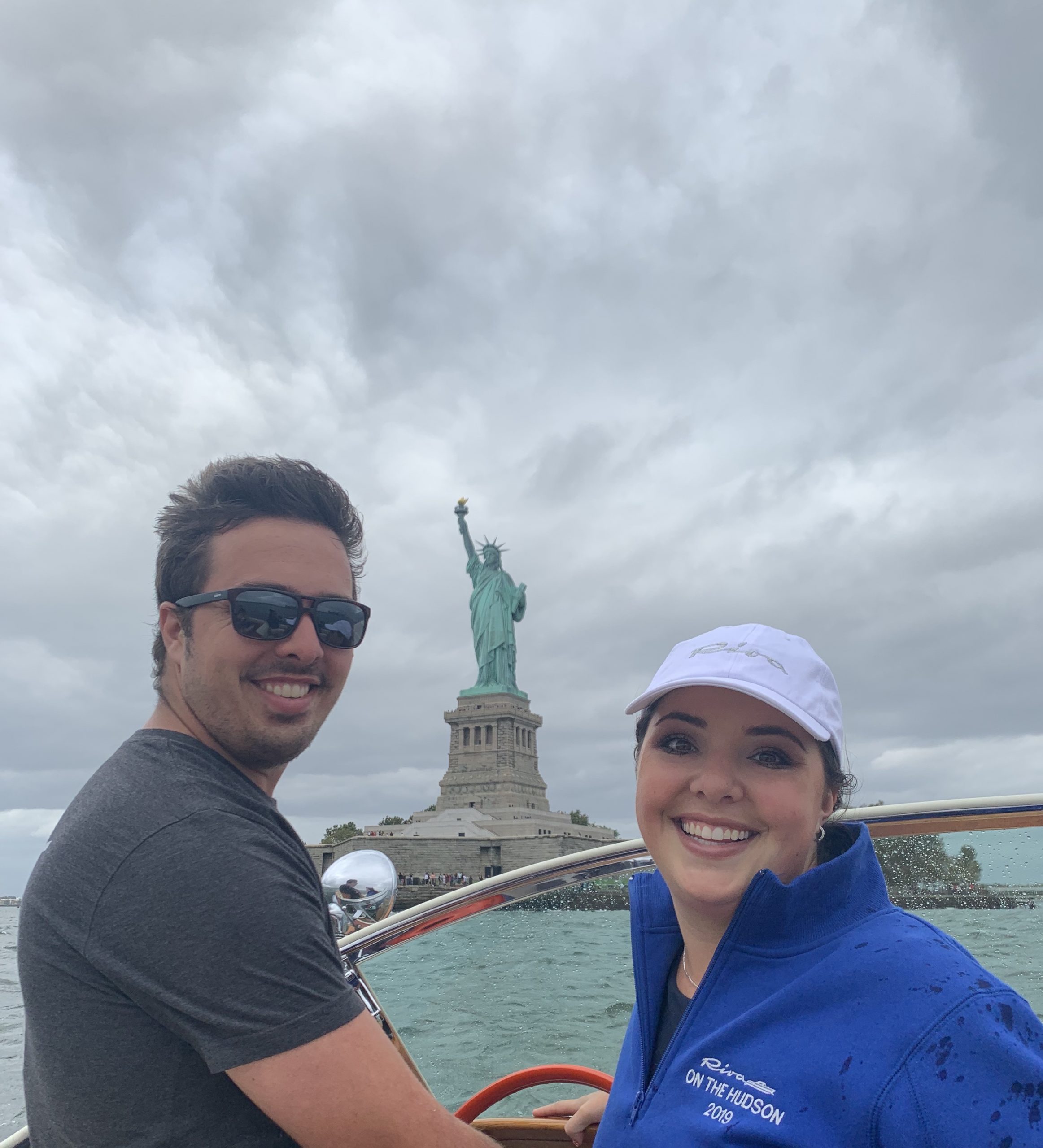 Riva Aquarama Hull #313 was originally delivered in 1969 to Colin Will in the city of Lausanne Switzerland on Lake Geneva and was given the name Erue. In early 1969, Riva was transitioning the Aquarama model from a Series II to a Series III, but Portofino was extremely rare since her hull retained the highly desired lower sloping stern as a Series II while her bottom was fitted with the smother riding Series III.

In the mid 1970’s the boat was used extensively in the Mediterranean while it lived in Monaco. In 1982 this piece of Italian art was one of the early Riva’s brought over to the United States to Lake Tahoe by Dick Clark of Sierra Boat Company. At the special request of Nancy Mueller and her husband, Dick Clark located this very special Riva for the Mueller’s. The boat was shipped over and was restored and renamed Nancy and spent the past thirty plus years on Lake Tahoe. Mrs. Mueller in 2015 decided to part with Nancy due to her interest in other areas and asked her long-time boat restorer Tony Brown to find her a good home, hopeful on Lake Tahoe. Tony was aware that I had an interest in acquiring a Riva and he contacted me, a longtime friend and fellow Minnesotan. After a very brief discussion over the phone and a follow up call to Mrs. Mueller, Tony was invaluable in helping me complete the sale.

Now the hard part, I needed to tell my wife Linda that we are the proud owners of a Riva Aquarama. Not our 1st classic wood boat our 3rd! Here is where the creative thinking came in! It was late spring, and I went shopping for two bathing suits, one that was turquoise and white, and one that was orange and white. Both color combinations were popular among the Riva’s in the late 60’s. Placed them is separate boxes with a photo of an Aquarama inside on the bottom along with a Riva key fob gently placed in the box. There was no special occasion for the gifts, but she was excited to open them. I told her she could open them both up but could only keep one. She opened each box, looked up at me and asked, “do we own a Riva”? I said yes and she immediately said “Orange”!

Prior to acquiring AQ #313, our children grew up on EMMA II our 1949 22′ Chris-Craft Sportsman that we have owned since 1992 and our 1929 26f’ Hacker Craft that was extensively restored and won Best of Show and many other awards at Tahoe in 2002. I was not shy about another project, but I knew I needed to retain the services and the special talents of a great boat restoration team. We commissioned Northwest Classic Boat to fully restore Portofino. Her new name was the easy part, Linda and I had recently completed a trip to Monaco and Portofino to celebrate thieir 25th Wedding Anniversary. Given the boats history on the Mediterranean along with the majestic beauty of Portofino, her new name was born.

After her extensive restoration, in 2016, Portofino was awarded 1st in Class, Best Riva of Show and Best of Show over 23′ at the prestigious Lake Tahoe Concours d’ Elegance. With handful of summers on Tahoe behind us, we decided to ask another longtime friend and expert engine rebuilder John Allen to pull her motors and rebuild her twin 220hp Riva Crusader’s. We had committed to host a Riva event in New York and participate in the 2019 ACBS International Show in Alexandria Bay on the St. Lawrence River. I wanted the motors to be fresh and bullet proof!

As I reflect on my boating experience, I have too especially thank F. Todd Warner. While growing up in Minnesota, Todd dated my older sister Deb. On more than one occasion, Todd took me out on Lake Minnetonka on one of his family wood boats and I fell in love with them immediately. For my birthday that summer, Todd gave me one of the very 1st printed editions of The Real Runabouts by Bob Speltz. On the cover, is late 60’s Riva Aquarama in orange and white upholstery. Dreams do come true!