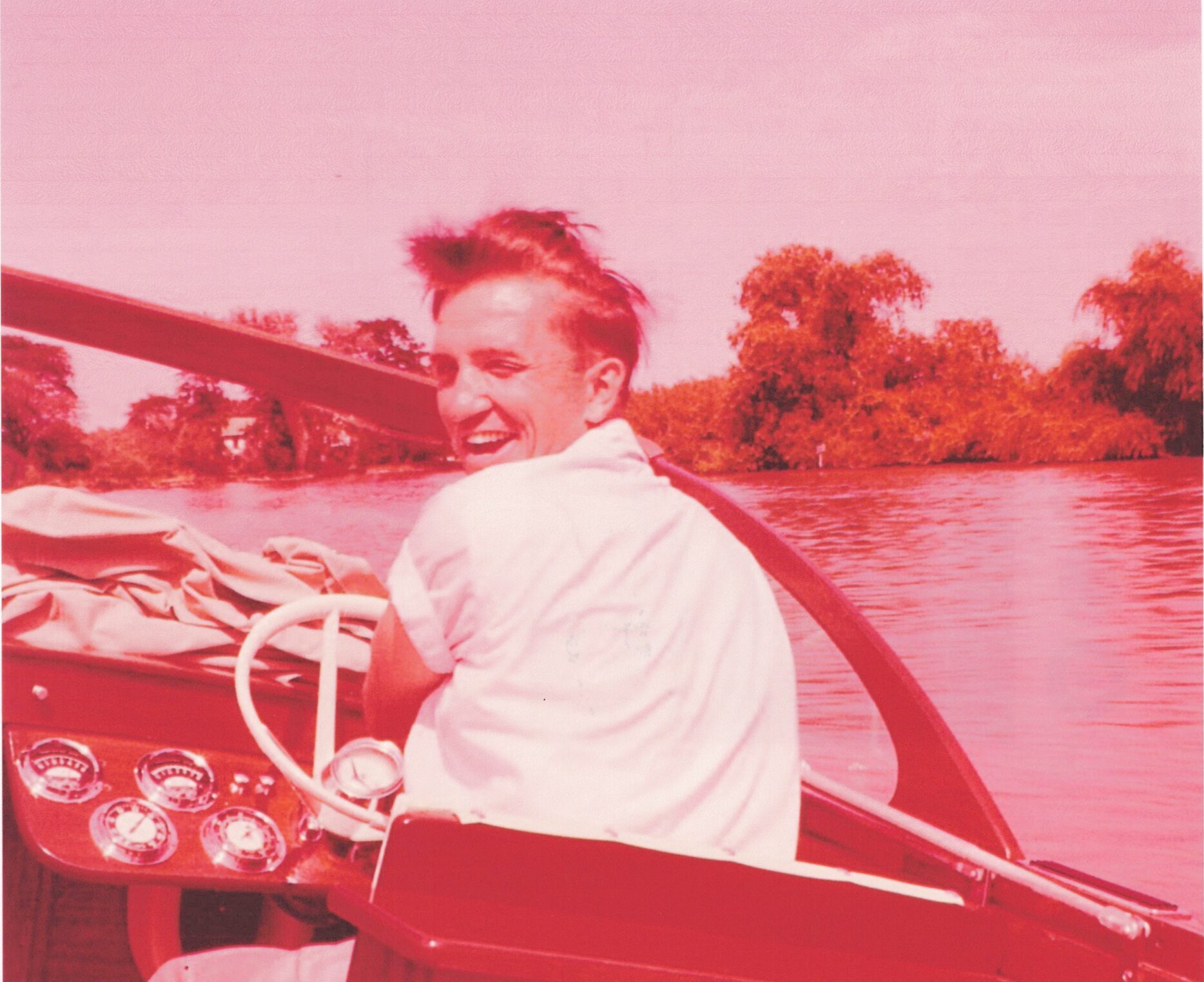 Duces Wild is a one-family owned boat since new and is one of about six twin outboard 18-foot Lymans known to still exist. Lyman’s records are unclear on how many twin outboards were built through the years but it was pretty minimal compared to the high volume output of some of its other models. My father, Bob Kucko, ordered it from the factory sometime in 1959, and at the time he purchased two new 1958 Evinrude Lark 35-hp engines that have only one serial number between them. The 18-foot outboard was ordered with most upgrade items that were available at the time. These include the heavy duty twin outboard transom, vented windshield, special seating package with complete cushion set and full camping and mooring covers. Dad wanted the twin setup for both pulling water skiers and for the redundancy factor, given that much of his boating was done on unpredictable Lake Erie. 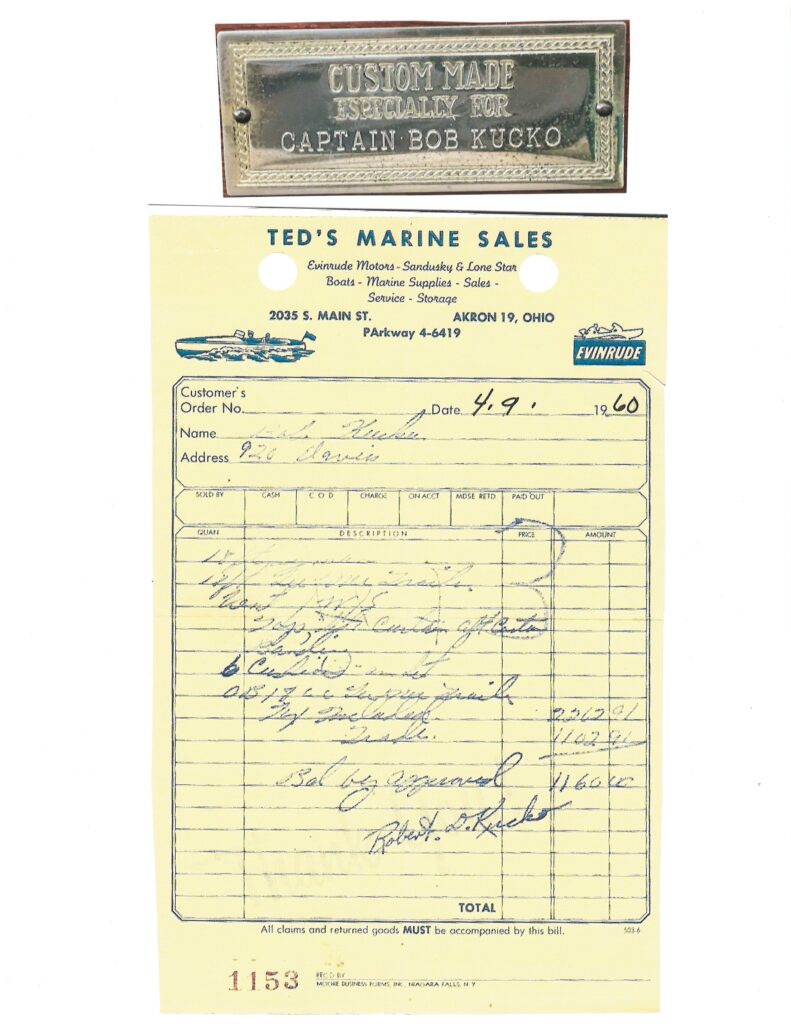 Duces Wild is 100% original, never having any wood replaced. All the original canvas and cushions are still in the boat and in excellent condition for being 60 plus years old. It has been repainted several times and the typical brightwork has been done twice in its life. While the engines had a cosmetic rebuild (new paint on lower units and some new seals) the powerheads have never been disassembled and they both still run as if brand-new. The unique ’58 Lark cowlings are 100% original! 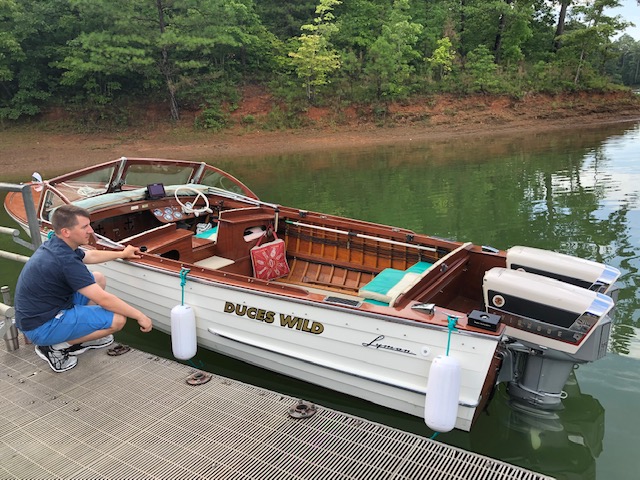 In 2019, while attending the Lyman Boat Owners Association All Classics Festival in Huron, Ohio, Duces Wild earned the Participants Choice award and also had four generations of the Kucko family onboard at one time. I have kept all the boat’s original paperwork through the years, including the original bill of sale and photos throughout its lifetime. Duces Wild has always been stored indoors (currently in Atlanta) for its entire life and continues to live in a climate controlled environment on its original TeeNee trailer until it can be passed onto the next generation of the family for further caretaking as the Kucko family heirloom.