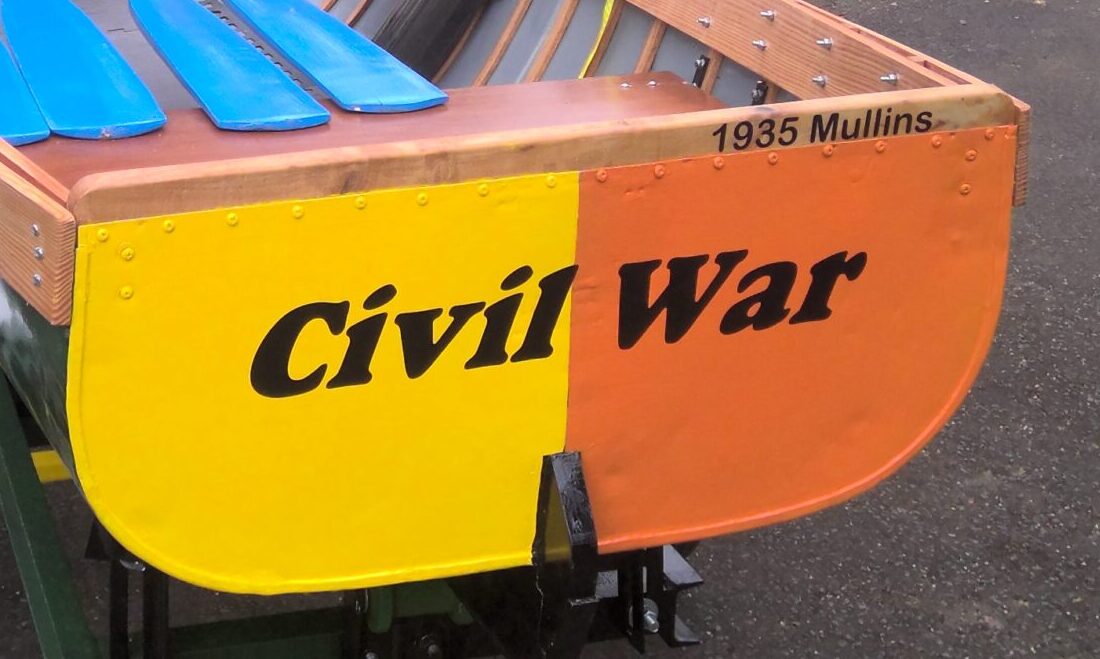 I’ve recently finished ‘remodeling’ a 1935 Mullins rowboat. This boat has been all over the Northwest. The story I have heard is that it belonged to Paul Harrison in Canada, was passed around to Dave Jerome (RIP), Mike Meyer, and finally to Dick Werner. Dick asked if someone in our club (the Columbia Willamette Chapter) could ‘store’ her while Dick and Louise sold the family farm and moved to town. I said I could do that. 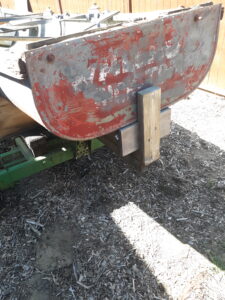 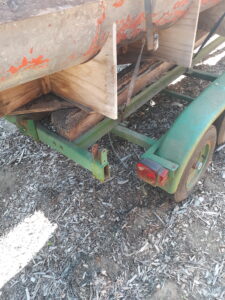 Well, we know that Dick passed to the marina in the sky a few years ago. I called Louise a year or so later to ask about the boat since it was in my storage. She effectively said “that piece of $*&^), do whatever you want with it”. And Mike Meyer called the Mullins a ‘bad penny’. 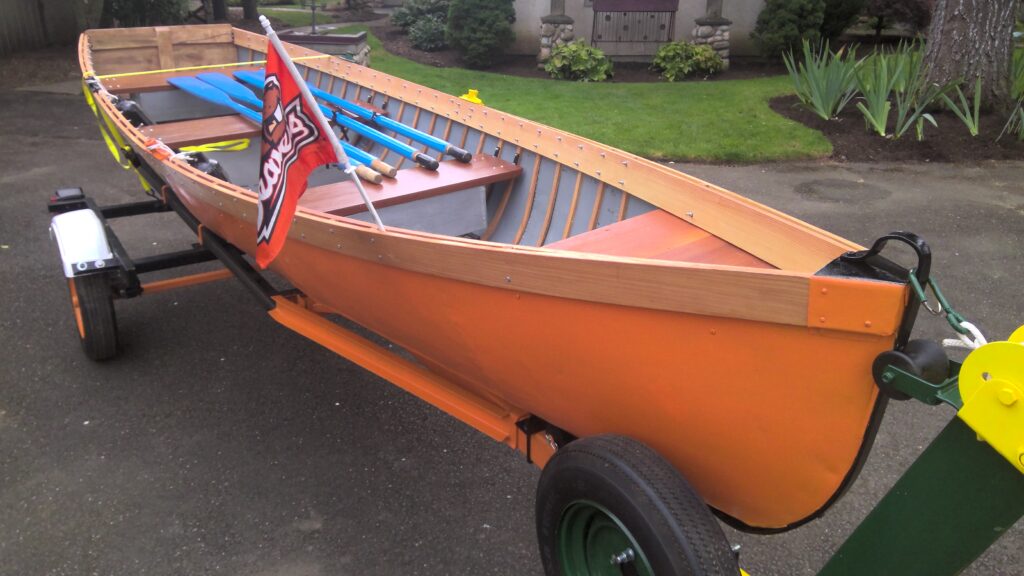 Since I had a lot of materials left over from my construction business, there were very few items I needed to purchase to reconstruct her. The few photos attached show the beginning and end result.   Some may scoff at what I’ve done to her, but she just might last another 87 years! 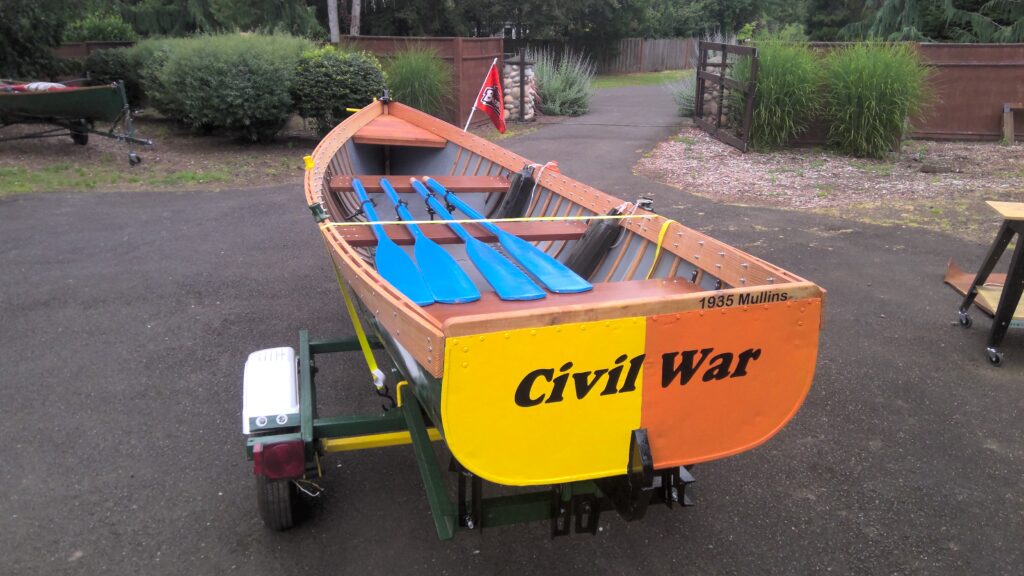 When asked about the name and paint scheme… Mike responded…I do have a degree from Oregon State and my former business partner Robert MacEwan (who lost a battle with cancer) went to Oregon. We always had a friendly rivalry!  However the story is easier than that, it was just one of those weird 2AM things our brains process and figure out. A former neighbor gave me some primer, green and yellow paint, and rough sawn wood. I had the black paint left over from a machine project and the oak for the ribs was in my father’s junk pile. It just became a logical decision. By-the-way, the Oregon/Oregon State rivalry is one of the oldest in the country, having started in 1894!