Dust It Off And Go Fishing 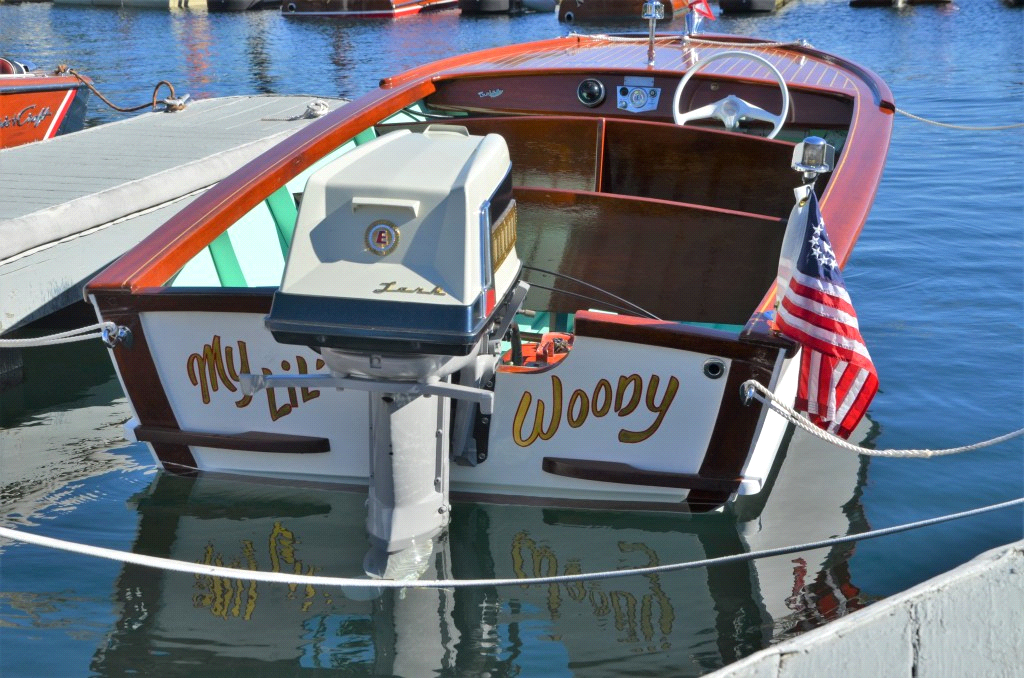 By Kenneth Barton member of the Southern California chapter

In the early 50’s my Mom & Dad, Earl and Velma Barton, got interested in boating. They purchased a used 18′ Owens cabin cruiser from a private party. They ended up buying a 22′ Trojan cruiser from a Trojan dealership in Lakewood California. In late 1957 they were looking again to step up to a larger Trojan cruiser. At that time, the same dealer asked if they would like to look at a 15′ Trojan Seaqueen as a dingy for the bigger cruiser. This is when the little boat started its life on the water, along with a 25′ Trojan cruiser becoming a member of the Barton family. In 1959 my Dad rigged it up with steering & engine controls for the new Evinrude 35hp Golden Jubilee Lark outboard motor.

So, it was a shore boat and mostly a freshwater fishing boat. All the kids, including Grandkids learned to water ski behind it. Most of its life it fished Lake Mead, Arizona. Their last Trojan cabin cruiser was a 28′ twin screw with a salon and a flying bridge. The end came to the big cruisers and started the begining of the land cruisers (motorhomes)- but the little 15′ Seaqueen remained. It was allways kept in its original state. All the bright work- chrome, paint, and engine are in its original state. No wood has ever been replaced. It was given it to me in 1987.It was kept under wrap in a garage until 2016 when my brother-in-law said, why don’t we dust it off and go fishing.

Instead I decided that it was time for it to become a showboat. I then got on the internet and found the ACBS and at this time my wife Peggy and I became members. I talked to a few ACBS members on what we should do to enter it in a show. It’s first show was the 2016 International show at Lake Tahoe California. In its class preserved outboard w/steering. It won a first place platinum trophy and thats how we got where we are now. In 2017 we joined the Southern California chapter and every year we attend the Bass Lake, Lake Arrowhead, and Big Bear Lake Boat Shows.