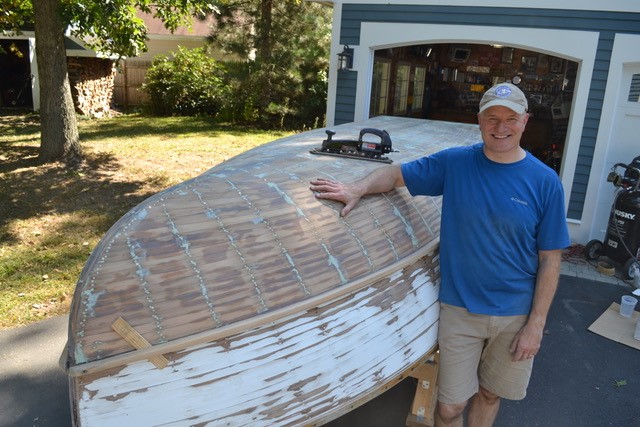 We were on the way North to Acadia National Park for a family camping trip, and my father-in-law Don spotted the boat on the side of Route 1 with a ‘For Sale’ sign taped to the windshield. “That’s the kind of boat I grew up water skiing behind” he exclaimed, so we stopped to look at it. It was a 16.5’ Penn Yan SeaLiner.

One thing led to another, and a week later we had purchased it and I was driving it home, not knowing what we had gotten ourselves into, but very excited nonetheless! It needed a full restoration, but the ‘bones were good!’ I believe the boat is a 1959, but still working on final determination of that. 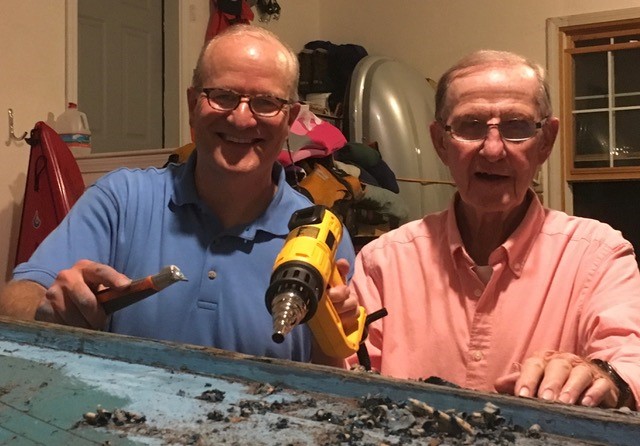 My Father-in-Law Don Lynch and I, as we worked on removing decades of bottom paint!

I’ve been working on the restoration now for five years as I have time on weekends and evenings. And I’ve learned how to steam-bend oak, and a host of other things I wouldn’t have learned had we not embarked on this project. My family and friends have all pitched in on the project with me. 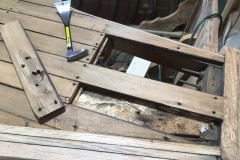 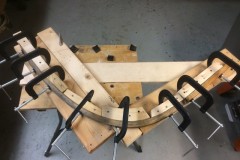 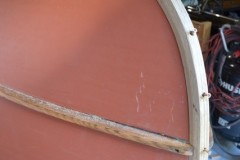 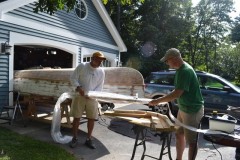 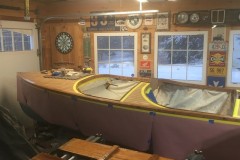 [Show slideshow]
We’ve managed to save 99% of the wood; the biggest pieces we’ve had to replace have been the stem and keel, which were badly beaten up from 60 years of use! My pals came and helped out to flip the boat and place it on a new dolly after I had finished restoring the hull. 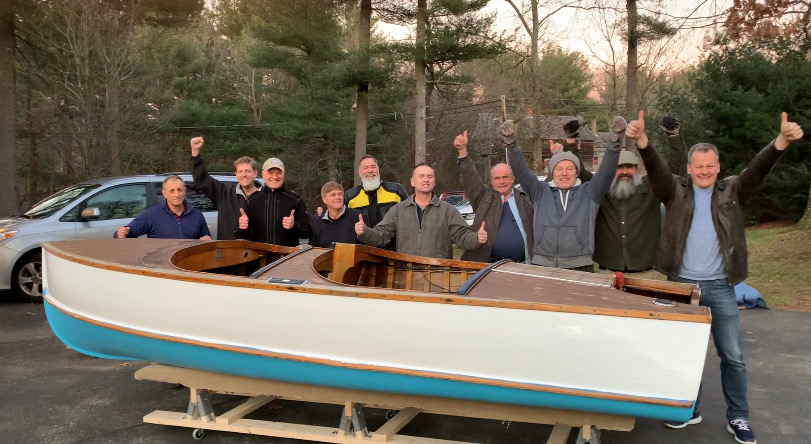 It also has its original motor, a 1960 Evinrude Lark II, so I have been going through that as well. 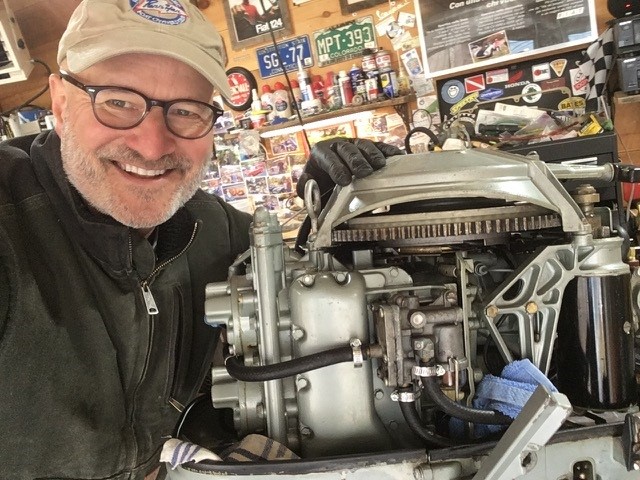 I think I may finish it up to launch her this summer at some point!  I hope so! It has been a grand adventure and I have learned a lot about boat building!

We’ve named her ‘ECHO’ after our favorite lake in Acadia, and perhaps a nod to times past, and good times to come!