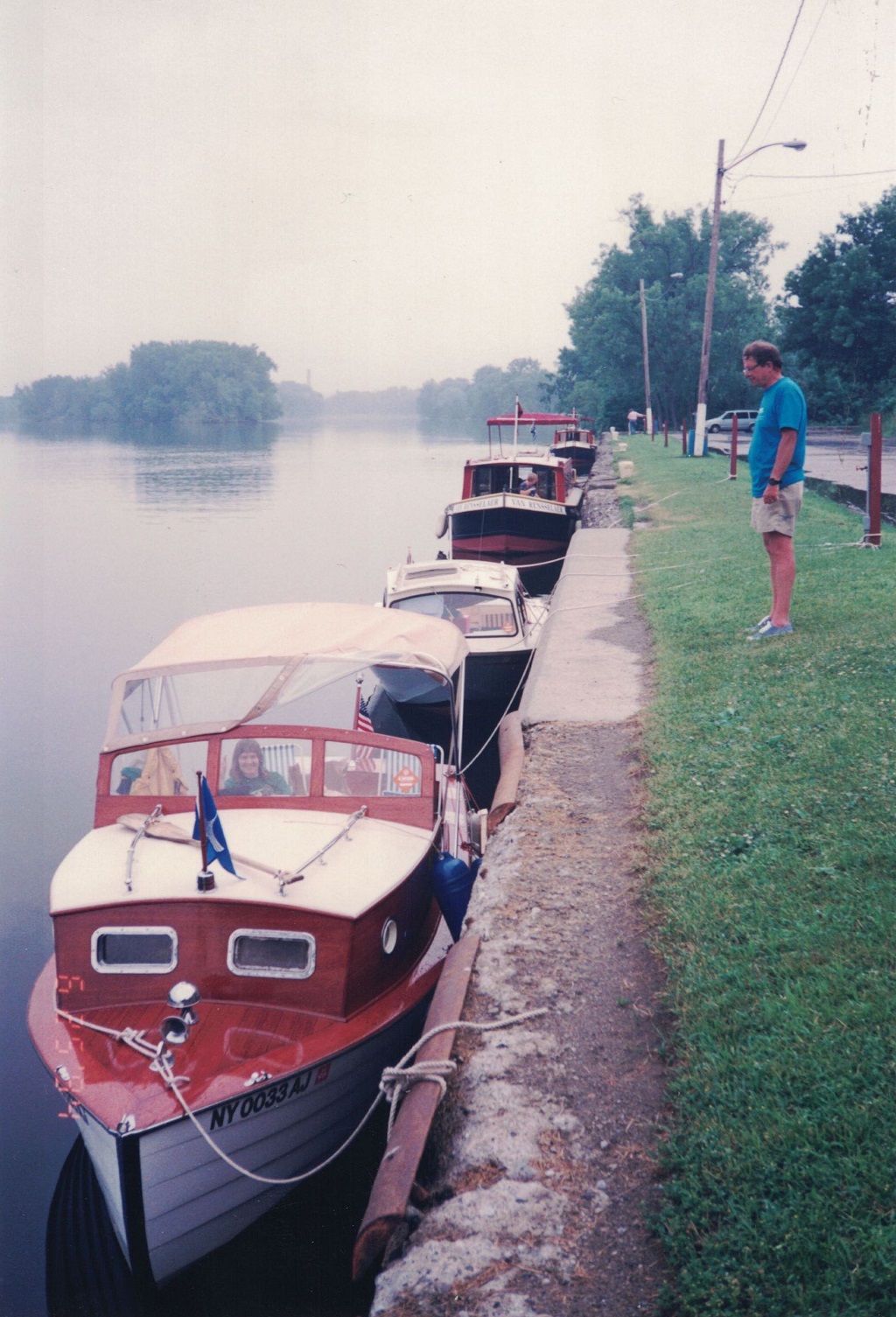 The Elkin has been in my family since 1930. Since then, four generations have enjoyed many hours aboard. Elkin has spent the majority of her time cruising the waters of Upper Chateaugay Lake. Upon having her restored, my husband Bill and I have taken several lengthy cruises aboard the Elkin.

In 1994 we Launched from the Peru Dock on Lake Champlain and entered the Champlain Canal at Whitehall, NY. We went through the flight locks at Troy, NY and into the Barge Canal. Then we took the Oswego Canal into Lake Ontario and crossed to Kingston, Ontario. We entered the Rideau Canal. We continued on the Ottawa River and traveled downstream to enter the St. Lawrence River above Montreal. Bill and I spent several nights in Montreal, then we headed downstream to Sorel, Quebec, to the Chambly Canal, and returned to Lake Champlain. We ended trip at Peru Dock. This was a three week cruise.

In 1995 we launched from Waddington, NY into the St. Lawrence River. Followed the St. Lawrence River upstream to Lake Ontario and Kingston, Ontario. Remained on Lake Ontario to Trenton, Ontario where we entered the Trent-Severn Canal. This canal has several unique locking systems. There are two large “lift locks” and one marine railway. The marine railway prevents nonnative fish from entering the canal system. At the western end of the canal we entered Georgian Bay, a section of Lake Huron. We traveled as far as Parry Sound and reversed our course.

In 2008 Elkin was launched into the Barge Canal at Syracuse, NY in order to attend our grandson’s wedding in Buffalo. This was a round trip which completed our tour of the barge canal.

The Elkin has received the Best of Launch Class at the 1993 ACBS Show in Basin Harbor, VT as well as the Best of Class for Launch at the 2003 Boat Show in Burlington, VT.