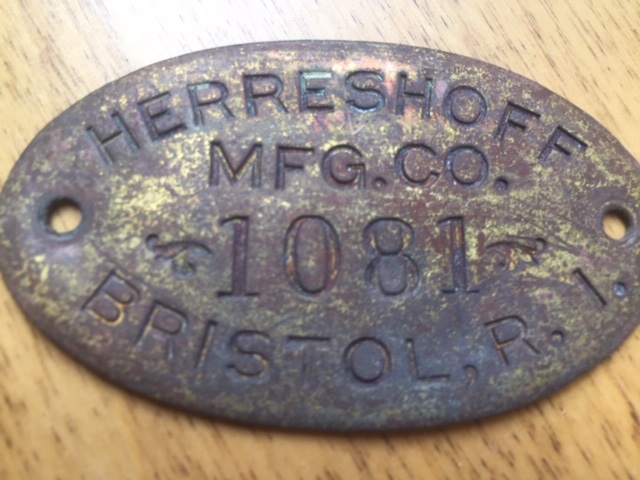 by Bruce Collemer member of the Southern New England chapter

This is a about a magical career in boating and a magical boat. I started in boats at the age of 8 yrs old living on Narragansett Bay in Rhode Island. My first few years were mostly spent keeping my boats afloat. After high school, I had the opportunity to go to work for a company called Pearson Yachts in Bristol, RI. My career at Pearson I went from a draftsman through many other management positions over the 25 years I was there. Yes, Bristol, RI as in the birthplace of “Bristol Fashion” and even more “magical” was Pearson’s location in the former Herreshoff Manufacturing Co. My offices were in Cap’n Nat’s original offices.

During my tenure at Pearson, we produced over 17,000 boats. After leaving Pearson, I started my own software consulting firm. Immediately, I missed being closely involved in boats. So, I built boats from 4’ to a 28’ Pearson Triton over the next few years. 4’ boat was a 4’ clinker-built pram baby cradle for a client.

Upon selling my company and retiring, I started going up to Wooden Boat School in ME. While there I had a chance to sail a Herreshoff 12 ½ and knew this was magic! I started looking for a H 12 ½ .
I didn’t have to look very far. Now that the Herreshoff Marine Museum was located in Bristol RI in the former Pearson Yachts factory everything came together. As they say “what goes around comes around”.

With the help of Bill Lynn, President & Executive Director of HMM, I purchased a Herreshoff 12 ½. She was commissioned 6/2/1928 to Mrs. Murray S Danforth of Bristol and was named Empress. With only one subsequent owner, Empress is still within a few miles of the HMM. Her rich Bristol heritage continues from 1928 to the present.

Restoration will include replacing both garboard planks, 2 side planks, and a few cracked frames.
One of the first things buyers look for when inspecting a Herreshoff yacht, is does it have the original hull number oval. In and of itself, this can add considerable value to any Herreshoff yacht. I do.

DIY restoration has been slow. Hopefully were going to see acceleration this year. My goal is certainly to have her complete for her centennial 2028! 100 years old.

I have had a truly magical life in boats!