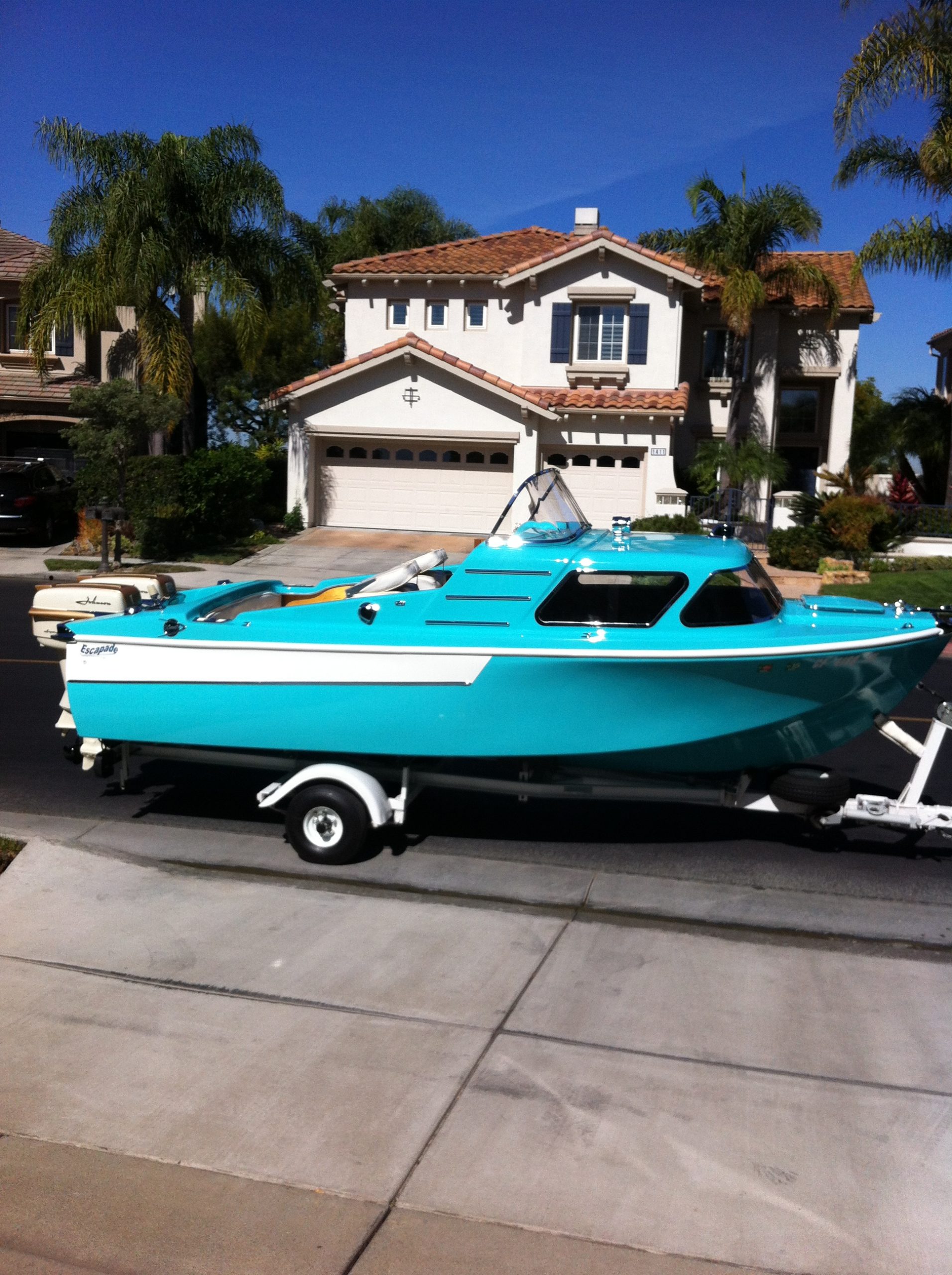 by Bob & Janet Kircher members of the Southern California chapter

Escapade is a 1959 Dorsett Catalina, she was found in a parking lot of an office we were renting in Las Vegas, NV. Janet thought it would make a great bay boat and did not mind if I put it in our garage to restore.

Despite the fact it had been totally neglected for some time, it was cute. It had all the original equipment right down to the 1959 EZ-loader trailer. There were no engines but, being an outboard, finding those would not be too big a challenge. The landlord was going to have it towed to the dump, so I said why not let me do that, to which he agreed. After putting on two new tires and temporary lights, I towed it home to Newport Beach, CA to start restoration.

I performed the entire restoration, which took 3 years, 7 months. The wood floors, stringers and transom were renewed. New saddle gas tanks (9 gallons each) were made and located amidships. New cable steering, electrical wiring and gauges were installed in the new starboard helm. Lucite was used to make the new windshield and cabin windows. There was one piece of non-oxidized fiberglass which was used to get the original “Indian Turquoise” color in a linear polyurethane paint. All hardware was triple chrome plated. Both 35hp Johnson Super Seahorse engines were found leaning against a tree, one in Bakersfield, CA and the other in Lake Elsinore, CA. Major repairs were done to each with parts easily available through OMC or aftermarket suppliers.

Since launching Escapade in April, 2009, we have enjoyed running her on waters from the Sacramento Delta to San Diego, CA. While we are very pleased how she has performed we are equally thrilled by how many good friends we have met and the fun times had through our membership in ACBS. It has truly been an extrodinary “Escapade”.