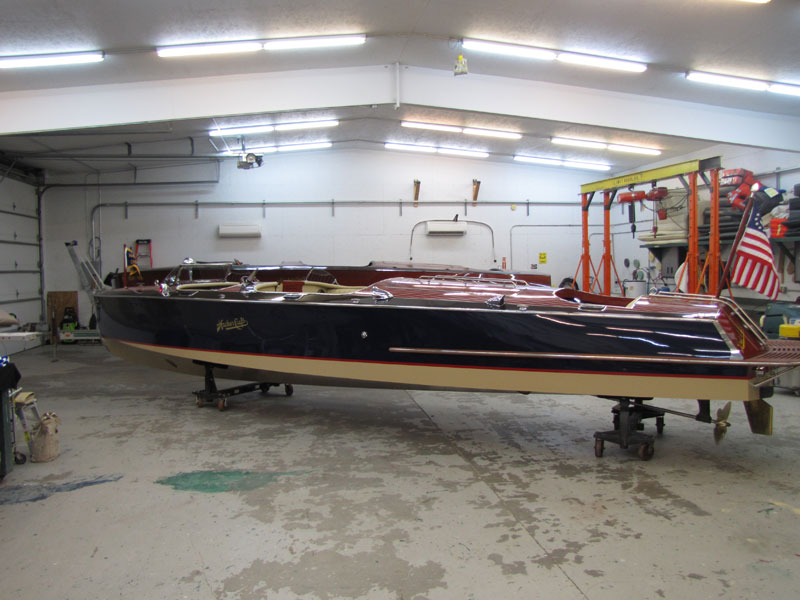 Join us at the Hacker Craft Boats production facility for a tour of the shop and discussion about the boats being built and restored. John Skinner will lead us and he is a wealth of knowledge.

The legacy is that of John L. Hacker (1877-1961), the preeminent naval architect of mahogany pleasure crafts of the last century, whose designs included some of the greatest mahogany boats ever built, with exotic names such as Pardon Me, Thunderbird, El Lagarto, Bootlegger, Peerless, Dolphin, Kitty Hawk, Belle Isle Bear Cats, My Sweetie, among others.

In the 1930’s, our celebrated boats were named “The Steinway of Runabouts,” and have exhilarated people around the world: Gold Cup racers, celebrities, royalty, captains of industry… and those who simply want the very best.