Everyday can be a new adventure 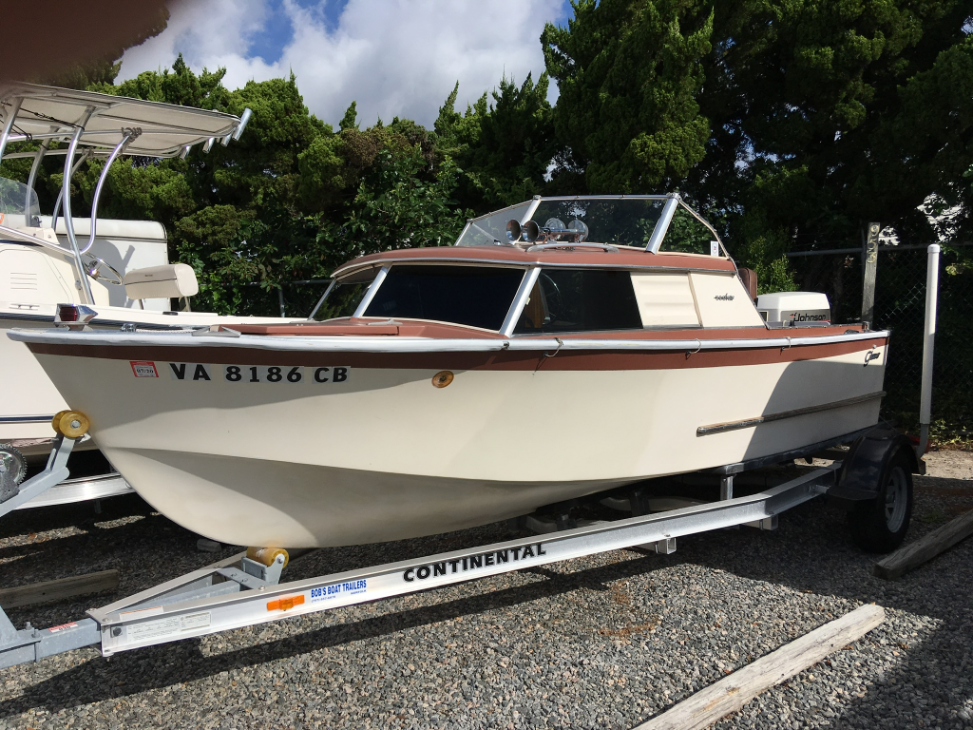 By Roger Richman member of the Tidwater chapter

My boat is a 1967 Glasspar Seafair Sedan. Glasspar in the 1950’s was among the most widely known makers of fiberglass boats and today there’s an active group of collectors and restorers of these classic small cruisers. You can see from her hull form these are fast boats, powered with up to 140hp engines. We have a lot fun with her.

A Little About Glasspars
Bill Tritt began designing and building fiberglass boats and cars in the late 1940’s and by the late 50’s his company, Glasspar, with plants in Tennessee, Texas, Washington and Virginia, was building between 15-20% of all fiberglass boats in the U.S. Because Glasspars ably represent sleek 1950’s style, sixty years later they continually attract collectors. They were designed for speed, and in the larger models, for reasonable overnight comfort. They ranged from the 14’ G-3 to the 22 ft. Newporter. Collectors restore classic Glasspars and a club, http://floridaglassparclub.proboards.com/, offers wonderful access to those interested in chatting about their boats, and those doing restoration, or interested in get together and cruises. The company was sold to Larsen Boats in 1968, and though the Glasspar name was retained till the mid 1970’s, design changes were made and today’s collectors focus on the classic designs by the original Glasspar company, boats built from the late 1950’s thru 1967.

The Seafair Sedan, my boat, remains the most popular of the larger Glasspars. She’s 17’6” and comes with a well-designed cabin and a cruising cockpit holding four adults. She trailers with a small SUV and is easy to launch and retrieve single handed as I often do. I bought her in 1997 in Naples, Fla. from an estate and since then been slowly replacing parts and needed items. Last year I replaced her steering with a new rack and pinon system and added a marine radio. This spring I opted for a new 90 hp Mercury 4 stroke, able to take the boat faster than I ever want to go. I’ve hardly yet begun restoring her beautiful looks; right now, she looks a little worn but still is eye-catching. Most times as I’m getting ready to launch, people approach saying how much they like her classic looks, or how some relative had one and don’t they wish they’d held on to it. Living in Norfolk, Va. on the Chesapeake Bay there are endless places to explore. Quite apart from the bay itself, tailoring within an hour or two I can reach new waters, like the Intercoastal Waterway (ICW) on the Dismal Swamp Canal leading to Albermarle Sound in North Carolina, or, Chincoteague Bay leading to Chincoteague Island off the coast of the DelMarVa (Delaware, Maryland, Virginia) peninsula. It is wonderfully refreshing to find new waters to explore on day trips by trailering an easily launched classic boat with room enough to overnight if called for.