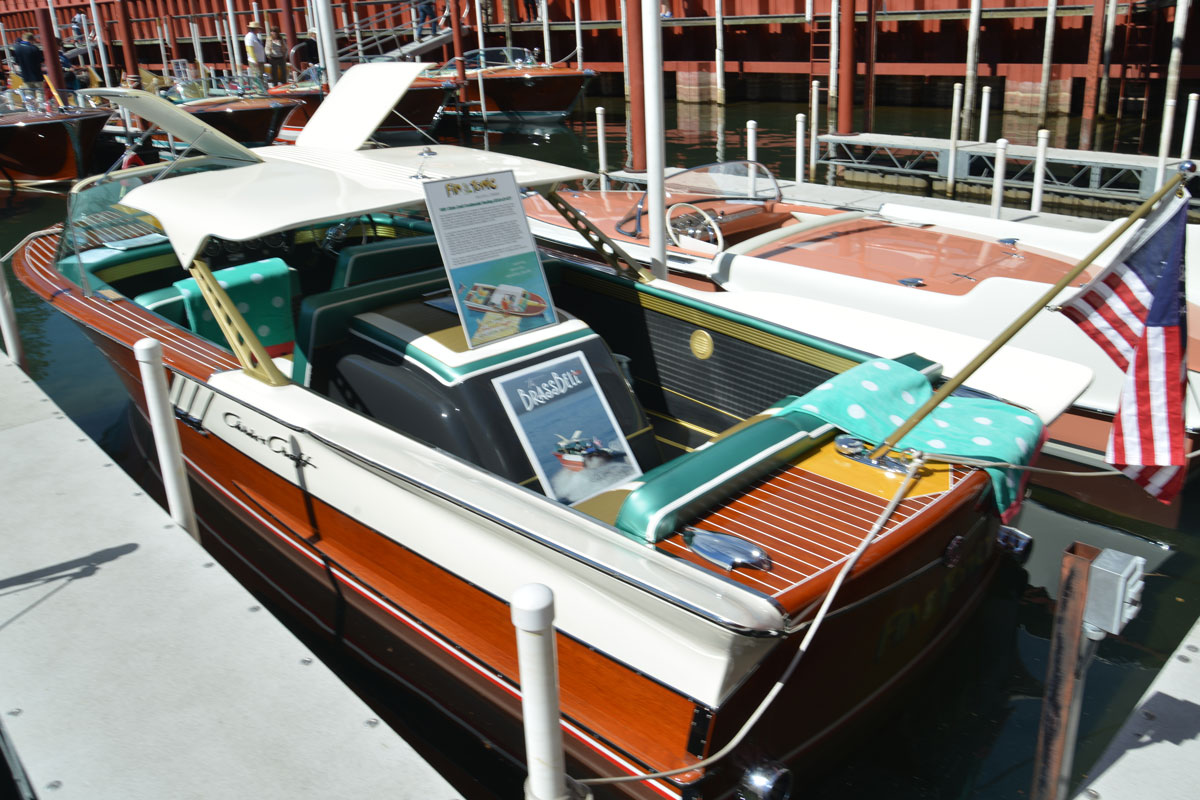 Fin & Tonic is a platinum winner AND Best of Show – Preserved at the 2016 ACBS International Boat Show.

She is powered by a 1961 Lincoln 430 eight cylinder with 275 hp.  Fin & Tonic also won a platinum award at the 2015 ACBS International Boat Show at Gull Lake, Minnesota.

This description of  Fin & Tonic  was submitted when she was registered with Brill’s membership in ACBS:

Having spent her early years in Northern California with two owners, Fin & Tonic was retired to warehouse storage after an unattended swelling in 1972 filled her with water for a number of days. After being drained, the entire interior (seats, covers, side panels and flooring) were stowed in a storage container, and she remained in warehouse storage for over 40 years until the owner’s son sold her to Donald Hardy of McCall Boat Works (MBW) in 2013.

In mid-2014 Derk Brill and Pat Boomer commenced her preservation with Don and MBW. She was stripped, cataloged, and fully dissembled. A new 5200 bottom was added, and the topsides and topdecks were reassembled using all original wood. All of the original parts, including brightwork, fiberglass fins and hardtop, dash gauges, and trim were refinished. The interior, including flooring, ceiling panels and seats, with original upholstery, along with all running gear are original to the boat, as is all wood excluding the bottom. The windshield and wiring harness were replaced.

Fin & Tonic’s meticulous preservation was completed on July 31st, 2015 in McCall Idaho, and she was launched for the first time in 44 years, just in time for the Payette Lakes ACBS chapter’s annual show.