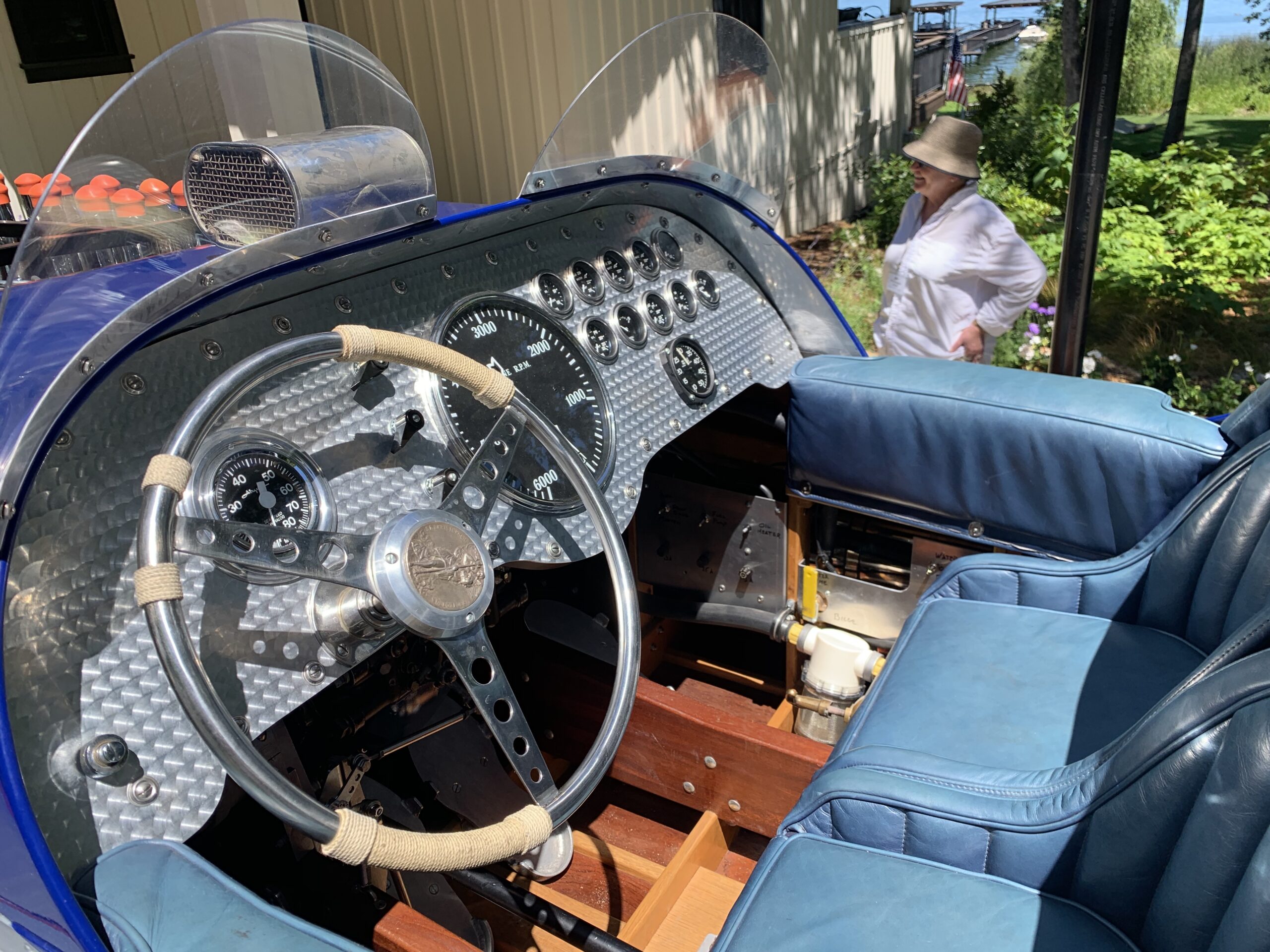 Several years ago, I was visiting ACBS member Neal Gapoff’s car collection/workshop and I noticed in the back, on a trailer, a Gar Wood Speedster. The name really got me, Hi Yo Silver and the hook was set. I said to Neal if you ever want to sell it, call me. He laughed and said, “never”. Then two years ago I was looking in the San Francisco Craigslist and I saw a Gar Wood Speedster for sale in Healdsburg, California. I took Neal and told my wife Neal was interested in a second one (sure) and off we went on a road trip. 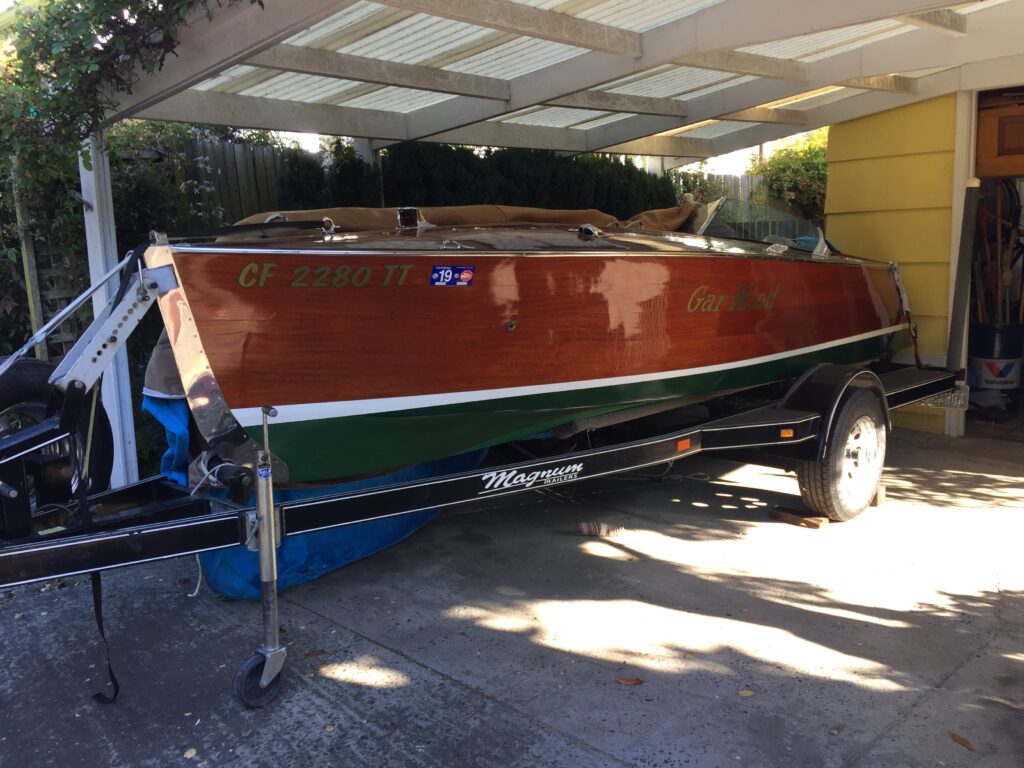 What we found was “Varoom” built in 1985 for William Dodd, rarely used, and kept in Lake Tahoe for 30 years. Three years before Mike Romo had bought it, never used/started it, rather “just loved to look at it”. Research showed that Wellington had pulled a plug off an original” Nostalgia” and built 9 production boats. The first five had 1/16 veneer and the last group had ¼ veneer from the waterline up over the fiberglass hull with traditional wood frame, decking, and hardware. Also, the first seven had 165hp Crusaders, #8 a Chrysler Crown, and # 9 a 220hp V6 Crusader. 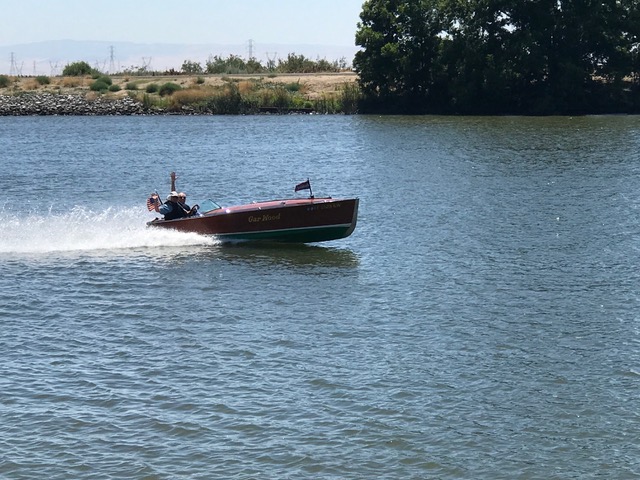 Neal started to lurch forward and I knew if I didn’t buy it, Mike was going to sell it to Neal. So, I bought it as sometimes it’s easier to apologize then to ask permission. Upon getting my prize home I found it had not been started in many, many years, never had a correct trailer, I remembered I was getting a new knee, and my wife was less than happy with another boat. I had the trailer customized for this application, changed all fluids, filters, fuel lines, pumps, installed battery box and hold down, electric shut off, hour gauge, spare tire, fire extinguisher, anchor, lots of varnish, and more. After the surgery I sat in it, sewing a leather steering wheel cover. Then we changed the name to the family boat name “Firefly.”

Finally fired it up in the driveway and all the neighbors then commented “what a loud boat”. Neal, I, and ACBS member Dan Arena of Norte Dame fame then took it up to Clearlake for a shakedown trial. Wow is she fast and Dan Arena is fearless. My wife and I used and showed “Firefly” at the 2019 Wood and Glory and the Delta Run and now have 9 hours on it and ran out of gas only one time. I also found on EBAY an original Wellington Dealer brochure and Crusader service manual. 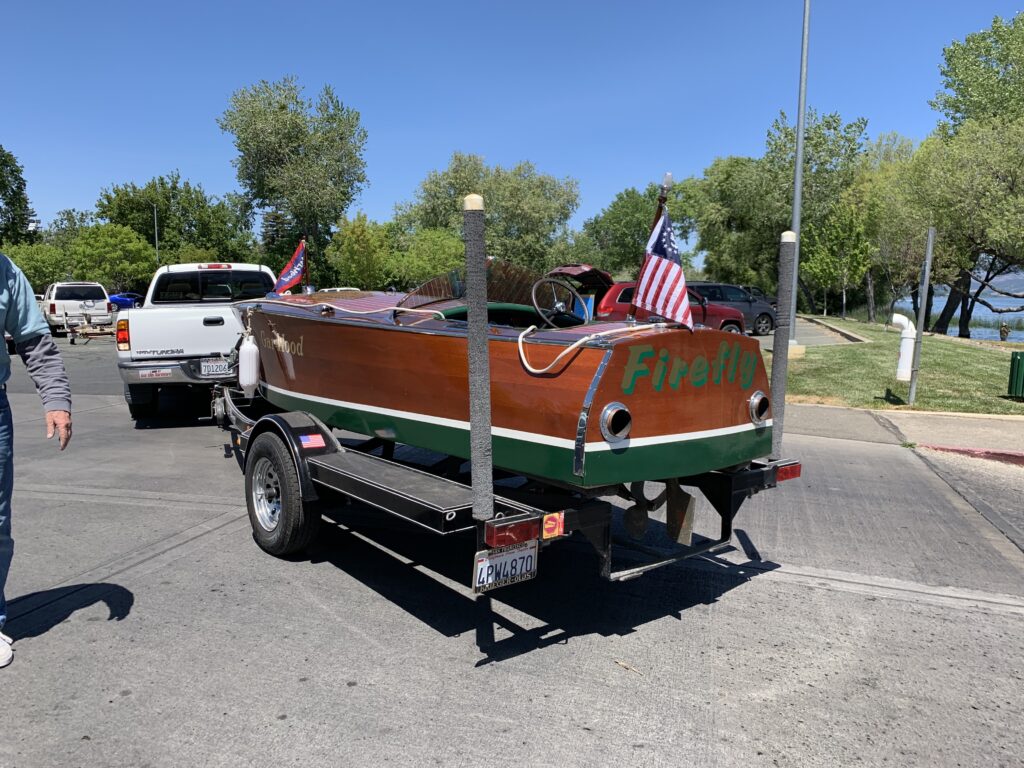