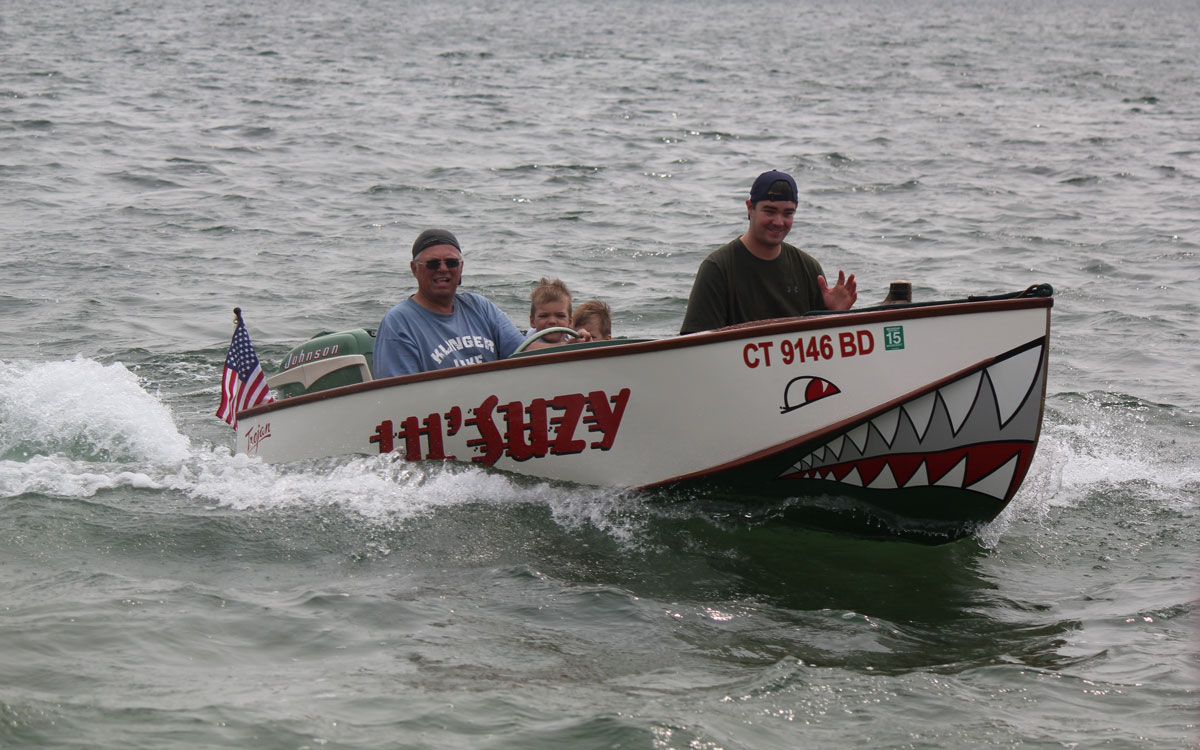 She is owned by the Cartwrights who are members of the Blackhawk Chapter, Michigan Chapter, and Sunnyland Chapter. 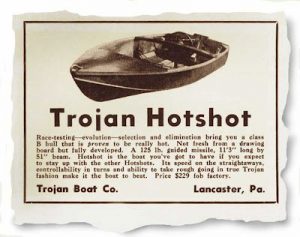 Right after WW II, a Captain Smith, a p-40 fighter pilot in the South Pacific, needed something fun to do at the family lake house in upstate New York.  He bought this boat from the Trojan Boat Company in Troy, NY.

It promised to be the perfect little racer, a classification of boats that could be used as a family boat and then raced.  You can remove the seats and strip her down and race your brains out.

Captain Smith became well known for winning races, but even more infamous for dive bombing his competitors.  In one famous event, Captain Steve Smith took out 3 competitors with his “wake of death”.  After that event, Lil’ Suzy, named for his plane, was permanently banned from racing on the lake.

Fifty years later, she was found tucked away in a barn.  The boat was fully restored 3 years ago, and now Lil’ Suzy has been unleashed on the poor souls of Klinger Lake in Michigan.  Lil’ Suzy is believed to be the only hot shot cottage racer left…. 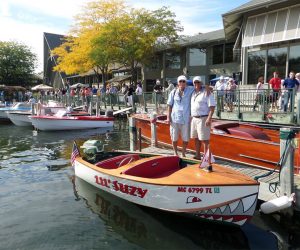 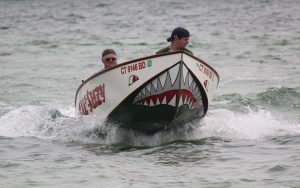 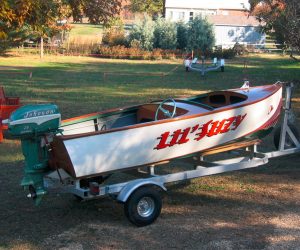 Being manufactured in 1947 places Lil Suzy early in the Classic age classification with boats made 1943 through 1975.  These are the ACBS Age Classifications:

The description of judging classes may also be found under the About Us tab in “ACBS Age Classifications and Judging Classes“.

Share with us a picture, or pictures, of your boat and tells us the story that makes her unique. It’s easy to submit the information right here.