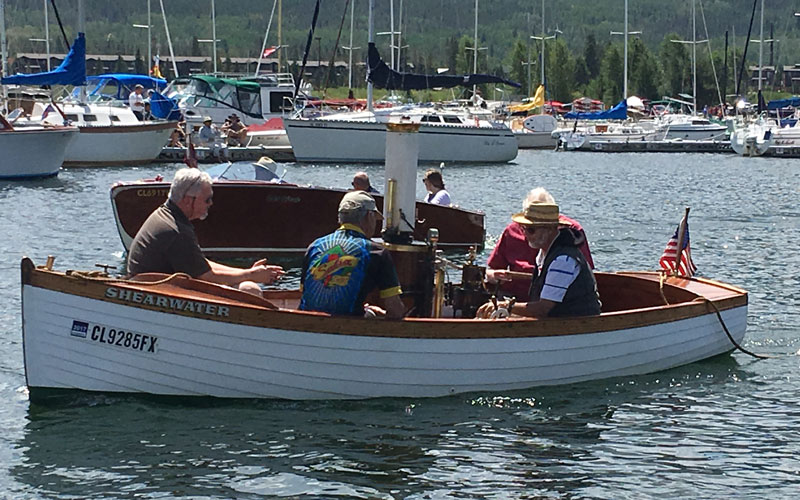 Report and pictures of the Rocky Mountain Classics Chapter Show were submitted by Vicki Rutkowski.

Every year, Rocky Mountain Classics holds a boat show on the public dock at the Frisco Marina on Lake Dillon in Frisco, CO.

This is one of our most popular events with our members because the Frisco Marina is very supportive of our club.  They make their dock available to us for the show at no charge, they advertise the show on the town webpage, and they give our members a discount on overnight dockage.  We have quite a following in the town of Frisco too, with many folks coming out year after year to see our classic boats. 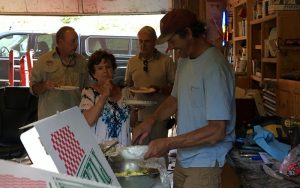 Show Coordinator Wayne Spaulding serves up pizza the night before the show.

This year club activities started Friday evening, August 18.  Show coordinator, Wayne Spaulding, hosted a pizza party for the club at his boat restoration workshop in Frisco.  Wayne’s current project is the deconstruction and restoration of a 1926 26’ Chris Craft. 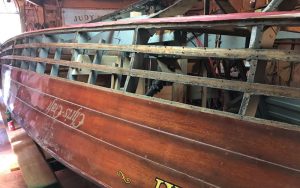 Saturday morning, August 19, about 20 club boats were at the dock for the show which ran from 9:00 am until 12:30 pm.  Just after 12:30 pm, the captains started their engines and that throaty roar filled the marina, drawing onlookers to the gas docks to see our classic boats parade through the marina.   After two turns around the Frisco Marina, the parade sped across Lake Dillon to the Dillon Marina on the other side.  After making a couple of passes by the docks at that Marina, members sped off to enjoy the rest of the afternoon on the lake.

Pictured as the headline today is a 1900 British Harbor-tender Shearwater, piloted by Bob Phillips. Here are more pictures from the parade on beautiful Dillon Lake: 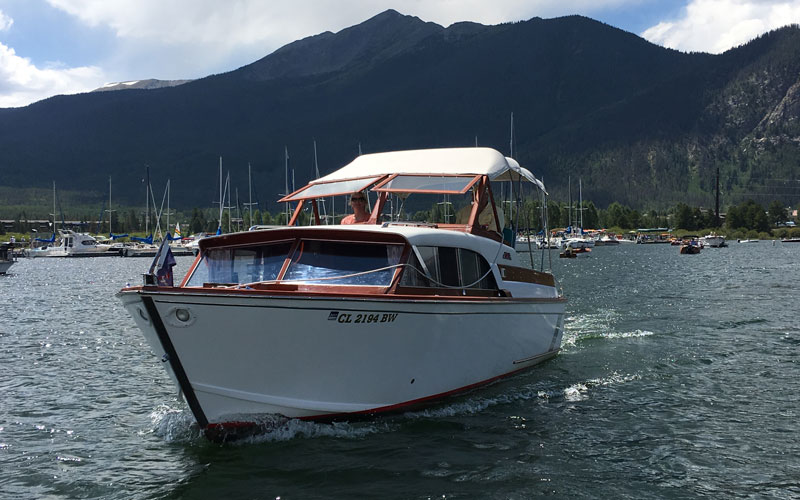 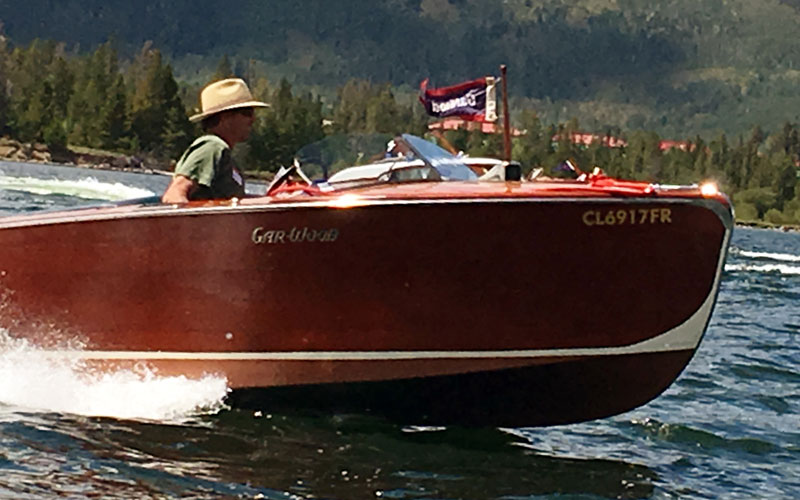 Saturday evening members enjoyed dinner at The Uptown On Main in Frisco.  This very popular bistro is owned Wayne and his wife Cindy.  Every year at our Frisco post-show dinner, we present two awards.  During the show, we ask attendees to vote for their favorite in the People’s Choice Award contest.  We also ask our Captain’s to vote for their favorite to receive the Captain’s Choice Award.

The winner of the People’s Choice Award receives a plaque with a brass plate engraved with the year and the winning boat name/owner information.  The winner proudly displays this plaque until the next Frisco show when a new winner is announced.  This year 255 people cast ballots for People’s Choice, and the winner was – for the 2nd year in a row – “Ain’t She Sweet”, the 1949 19’ Century Sea Maid owned by Michael and Diane Vannier.  In the parade, “Ain’t She Sweet” was piloted by their son, Jack.

The 2017 Captain’s Choice Award went to a visitor from the Heartland Classics Chapter.  Bruce Hurst took the prize with his 1995 Packard reproduction of the Hacker Gentlemen’s Racer, Pub Decision. 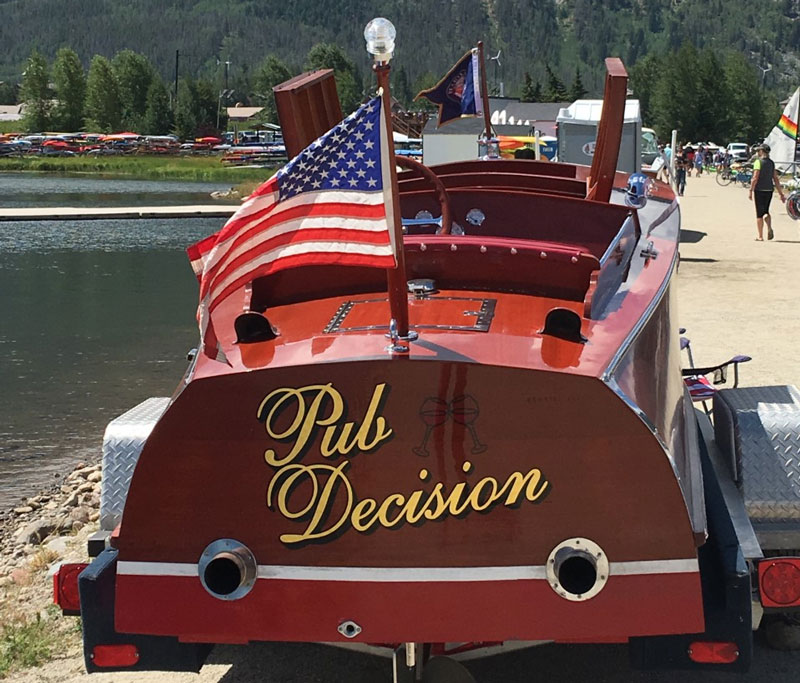 While official show activities wrapped up with the Saturday night dinner, several members stayed over to Sunday for another beautiful day of Colorado Boating.

Thank you, Vicki Rutkowski, for sharing this event.