From Light Restoration to Complete Reconstruction 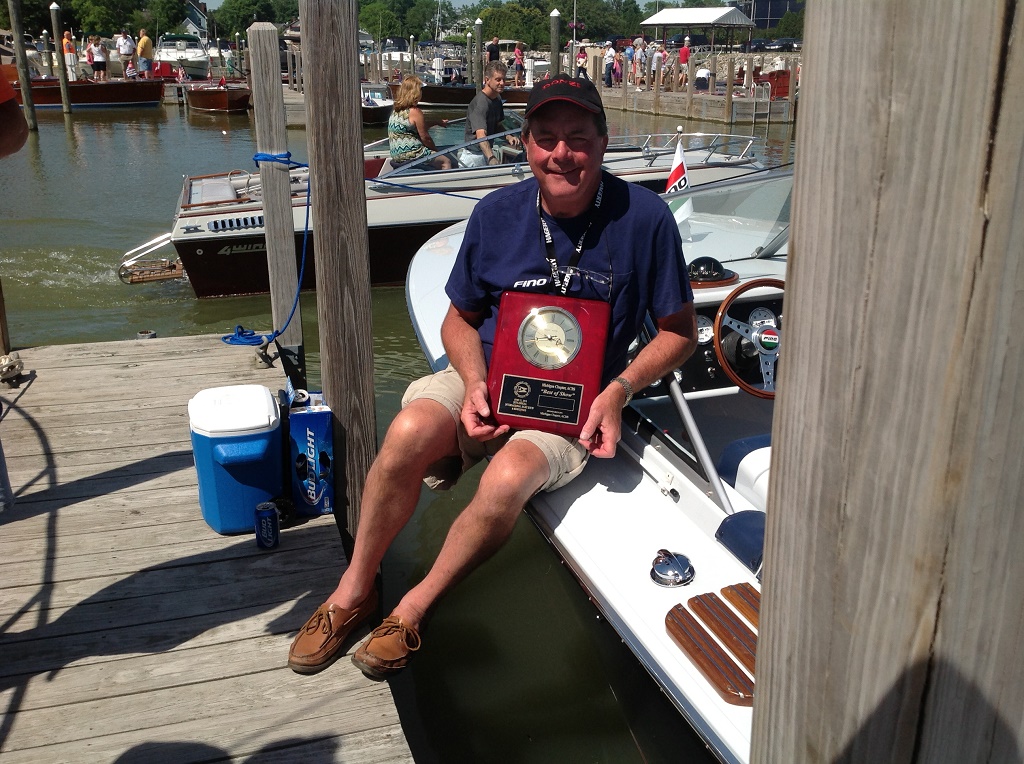 by Bill & Jan Stephenson members of the Michigan chapter

A long time ago in the early 70’s I worked for a brief time in sales at Donzi Marine in North Miami Florida. The Donzi factory was next door to the Magnum factory which at the time was owned by Bobby Rautbord (a well known ocean racer). Along with Magnums, Bobby wanted to build an American made boat that would not only challenge but be better than a Riva Aquarama. He hired Walt Walters, one of the all time best marine designers in the world, to design what would become the Fino 30.

As a 24 year old, wet behind the ears kid I watched the workers at Magnum building and rigging Finos when ever I had a chance. I felt that a Fino was the absolute height of boating design. I also knew that Finos were for millionaires, something that at the age of 24 I thought I would never attain.

For years after my time at Donzi I owned several of those revered boats, but rarely thought about Finos as I still felt they were way above my pay grade. Around 2008 I began seeing a few Finos pop up for sale for very reasonable figures and that recharged my interest. I followed up on a few of the only 30 Finos built from 1969 thru 1974 and finally came across one in Florida in 2010 that both fit my budget and seemed to be in fair condition. I purchased it and had it shipped to my home in Michigan. After three years of use we decided to do a light restoration and change the hull color from red to navy blue. Of course, that light restoration grew from light to complete and consumed two years of reconstruction.

Renamed Blue Chip our Fino was 1st shown in St.Clair Michigan at the annual Michigan Chapter meet and to my utter surprise won Best of Show! As Blue Chip is a fiberglass boat I felt that we might have been considered for best Fiberglass boat, but truly never considered myself in the running for best of show with so many other beautiful mahogany boats in attendance. What a thrill ! Thanks go to all the great members of the Michigan Chapter of ACBS for what was one of the best days of my life.

Since that show we have enjoyed Blue Chip every summer and hope to continue for many more years.