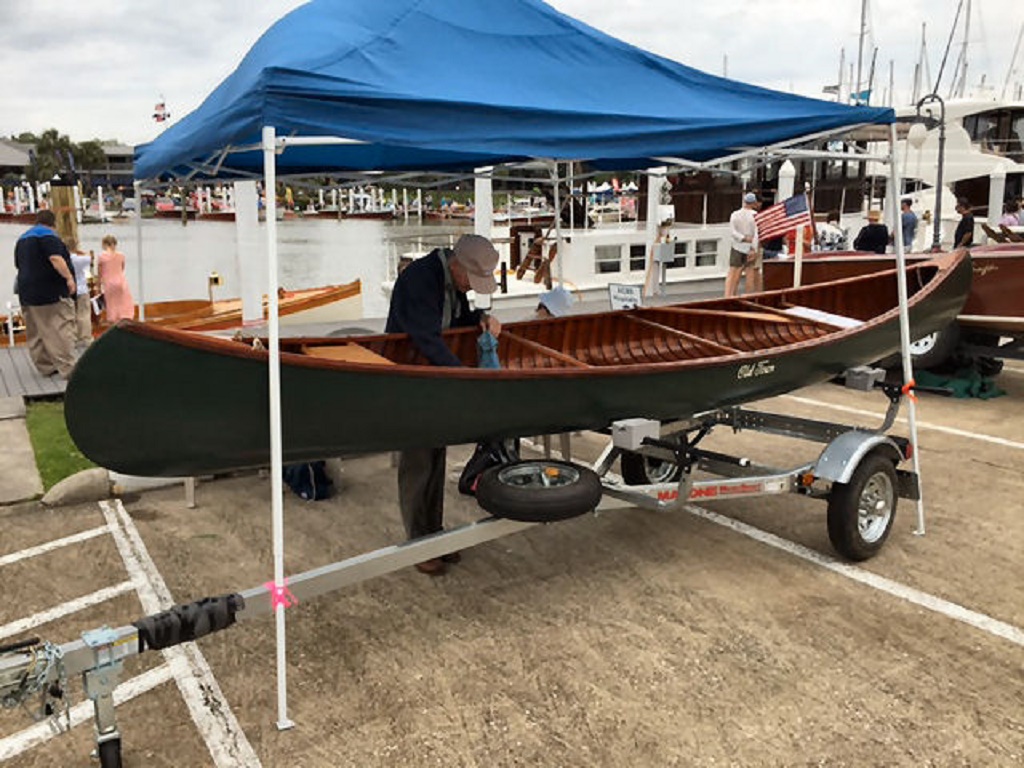 By Irm Martin member of ACBS

In 1972 my husband heard that the Girl Scouts of  Quincy IL, our home town, had received a large bequest and were replacing their wood canoes with lighter weight aluminum canoes.We bought one of the wood canoes for $75 and learned that the canoe had originally been purchased by the Red Cross in Macomb, IL (see attached) and subsequently given to the Girl Scouts. We replaced the wicker seats and touched up the paint and varnish as needed. The canoe has survived intact while adding quite a bit of expense to our various household moves plus years in storage and has seen very little use. I suggested hanging it over the fireplace a couple of times.

In 2010 we showed our 1962 28’ single-engine Chris Craft Constellation at ACBS Keels ‘n Wheels, an annual charity event on Clear Lake, Texas after a harrowing 65-mile trip from Freeport TX up the Intracoastal Waterway in gale force winds to Galveston and then through dense fog in the Galveston Bay Ship Channel to Clear Lake. Never again! We decided to buy a trailer for the canoe and showed it in 2016. And now it sits in our garage for my husband to admire every day. Whereas our Chris Craft, which had been in the family since its construction and had endured years on the Mississippi and Lake Texoma, did not take kindly to the Gulf Coast and was retired in 2014.