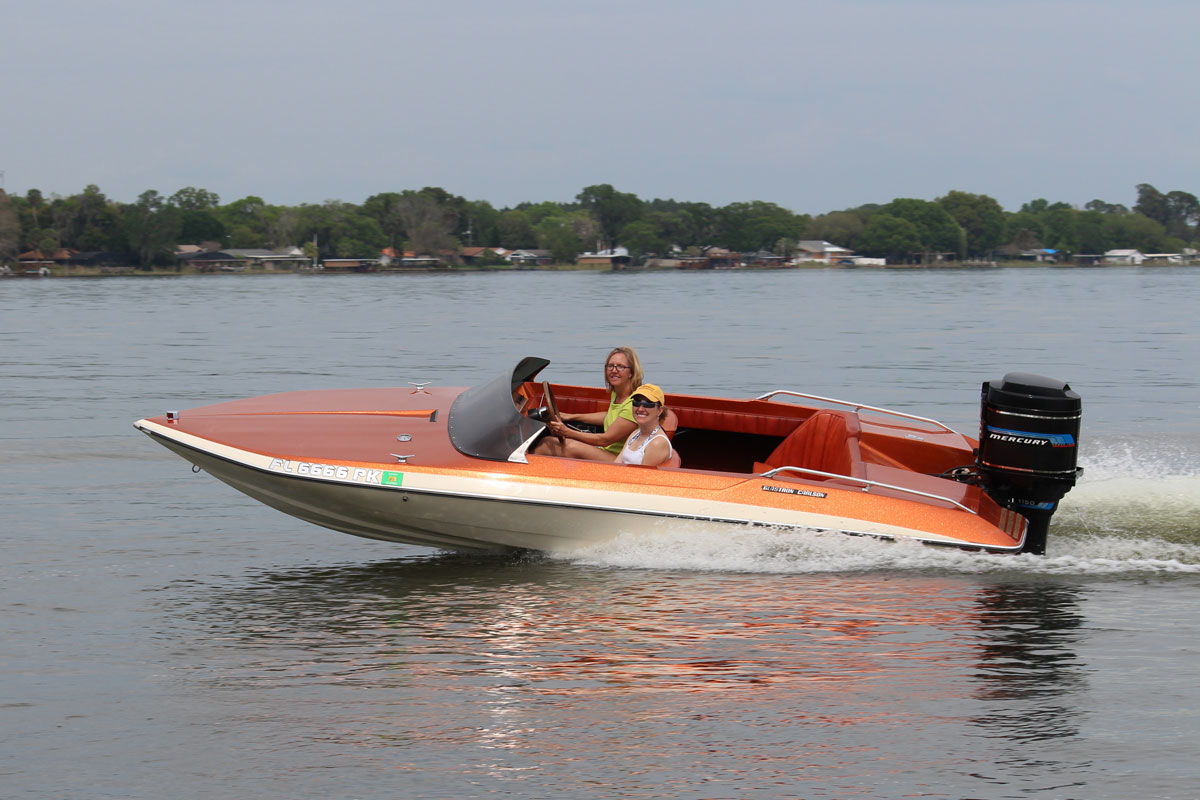 Crush is owned by Shannon and Scott Knight who are members of the Michigan Chapter of ACBS.  The featured picture on this post is taken on Lake Dora with friend Karen Harrison at the helm.  The story of how Crush became a Michigan boat is below: 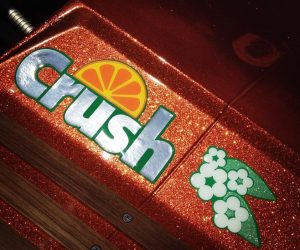 We purchased this boat during the 2016 Sunnyland Chapter boat show in Tavares, FL.  It was being auctioned to support the SCAMPY youth program that is run by the Sunnyland Chapter.  The boat was purchased about 2 years prior by a Sunnyland chapter member who rebuilt the engine and then donated the boat to the program. The trailer and engine are all part of the original package, and the boat seems to be in 100% original excellent condition.  We intend to use the boat on our small inland lake in Michigan and show it as a late classic, drawing interest of potential new members and to the wonderful SCAMPY program.

Glastrons seem to attract friends which lead to a party. 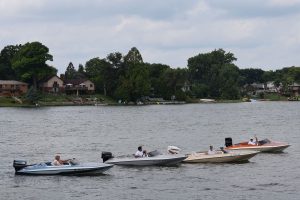 The Knights are members of the Michigan Chapter of ACBS and also the Bob Speltz Land-o-Lakes Chapter.

A boat built in 1977 is officially classified as a Late Classic.  The Late Classic age designation applies to boats manufactured beginning in 1976 through the year 25 years prior to the current year.  That means that in 2017, the Late Classic age range begins in 1976 and continues through 1992. All of the ACBS age classifications are listed under the About tab on this website.

According to Wikipedia, Glastron is a boat manufacturing company and was one of the first manufacturers of fiberglass boats. Bob Hammond, Bill Gaston, Bob Shoop, and Guy Woodard founded this company on October 14, 1956 in Austin, Texas. It was sold to Genmar Holdings in the 1990s and manufacturing was moved to Minnesota.

Is there an organization for Glastron Boat Owners out there?  We’d love to share more about these eye catching boats.