Gone on Business and Came Home with a Boat 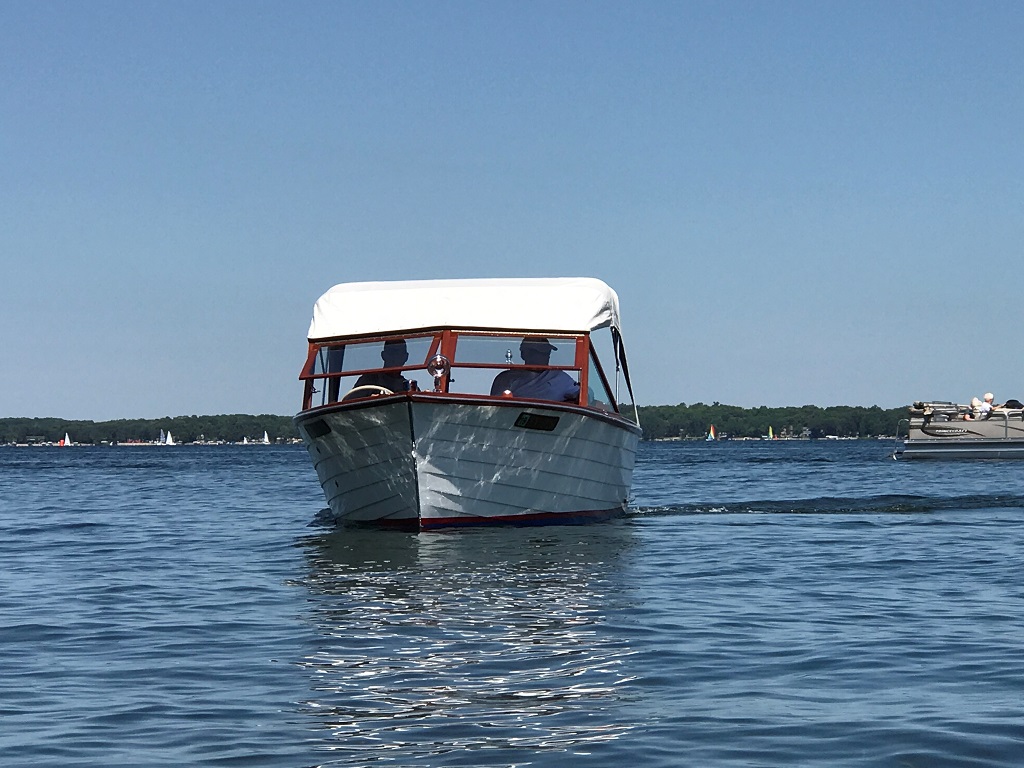 I believe I found it in the late 80’s while on a business trip north of Grand Forks ND. Sitting in a shelterbelt with a for sale sign on it. It was in rather rough shape from sitting outside and some rough treatment as a fishing boat in the Lake of the Woods country in northern Minnesota. Also, it was on a roller trailer which was not doing the bottom any good and obvious repairs were going to have to be made because of that.

After contact with the owner the purchase was made, and I retrieved the trailer and boat on a flatbed trailer as the boat could not be transported on a trailer that was trash.

I got the boat back to Fargo ND where I lived at the time and removed all hardware, the windshield, the original 283 and anything else I could to make turning easier. Which was accomplished with several beers and many good buddies. Then lightning struck as I found a 1955 Cobra in SE North Dakota. With the help of noted professional restorer Tom Juul we were able to successfully recover that treasure but it would have to wait at least a year while the Seaskiff was finished. Being a weekend warrior, I knew that things were going to take time but the thought of starting on the Cobra was exciting. Regardless the bottom was repaired, resealed, painted and turned back over where the inside restoration started. I made some modifications which included replacing the canvas deck with mahogany and covering the inside with mahogany panels which covered the exposed ribs. Not original but the boat is not that special that a couple of modifications couldn’t be made. The motor actually started so I knew I was going to be in good shape. But a complete rebuild was still made including an alternator. Generator was kept of course as it turns the water pump.

Seaskiffs are great utilities giving lots of room for friends’ family and of course entertaining. The engine house makes a perfect table for appetizers and cocktails! We have had many good years now with “Aquaholic” and it has spent its last years on Pelican Lake in western Minnesota. It has led the forth of July parade for about the past 15 years and has no intention of giving up that wonderful position.