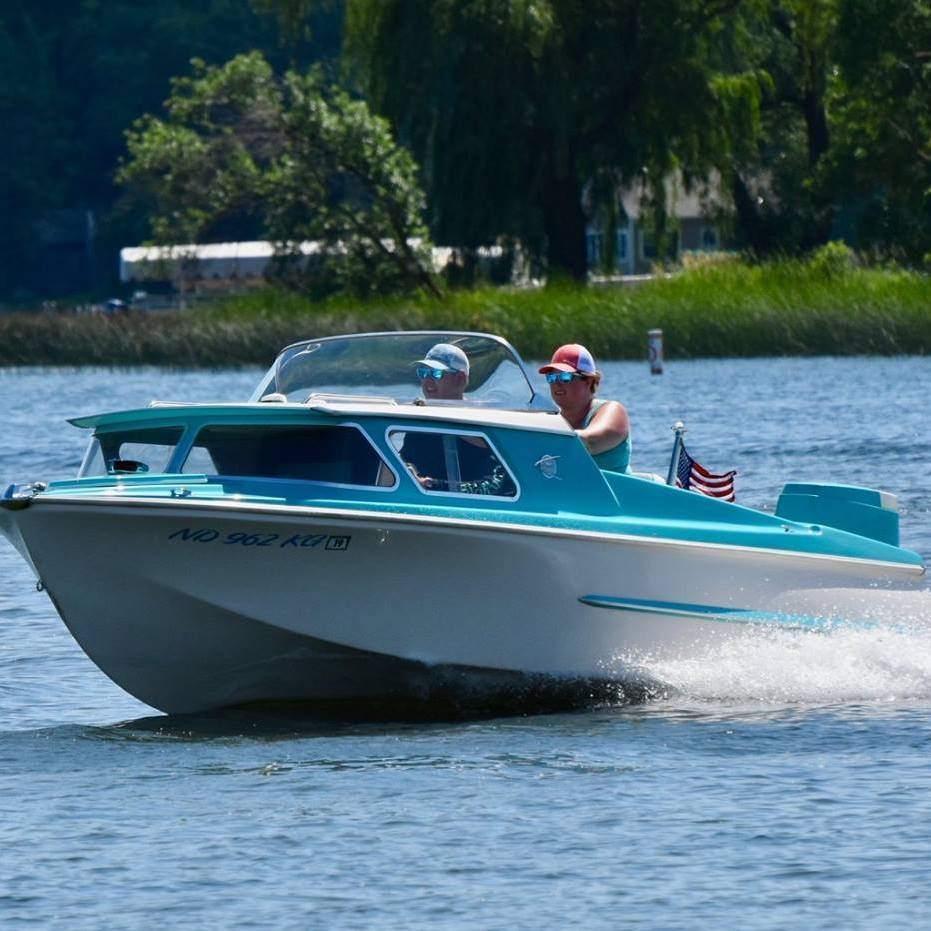 1962 Dorsett is the second classic fiberglass boat that they have had and by far one, we will never let go of. The hunt for this specific make and model started when I learned that famed industrial designer Raymond Loewy was responsible for its styling. Having grown up with several Loewy designed Studebaker cars in his family I knew having a boat with the same looks would be extra cool, so I sold the families current boat and started searching the internet.

Thankfully, it only took me 6 months to locate the boat, but the tough part was it was in Sisters, Oregon, which is a long way from the plains of North Dakota. After a few calls to the seller it was agreed on that he would hold the boat for another few months until a road trip to Oregon could be completed for pick up.

Finally, on Memorial Day weekend, 2016 my father and I loaded up for 3000 miles in 4 days. The trip was truly blessed by the Boat Gods as the boat and trailer were successfully towed back to North Dakota without issue after having sat unused for over 5 years. Even more exciting is that it looked even better in person, as yes, I admit I broke the cardinal rule by buying the boat solely based on pictures. With that said, all it took was a good cleaning, a change of the spark plugs and some fresh gas to get the boat on the water which is where it is meant to be.

Since 2016 the we have attended as many shows as possible throughout Minnesota with our favorite events being: Legacy of the Lakes Museum- Alexandria, MN; Detroit Lakes, MN and of course the ACBS Land-O-Lakes Chapter shows. In addition to going to boat gatherings “Good Like This” has an even more important purpose now, as in 2018 the we welcomed our son Finn to the world and he loves to swim so every weekend possible we can be seen cruising to the sandbar of Pelican Lake to enjoy the short summers they get in the northern plains.