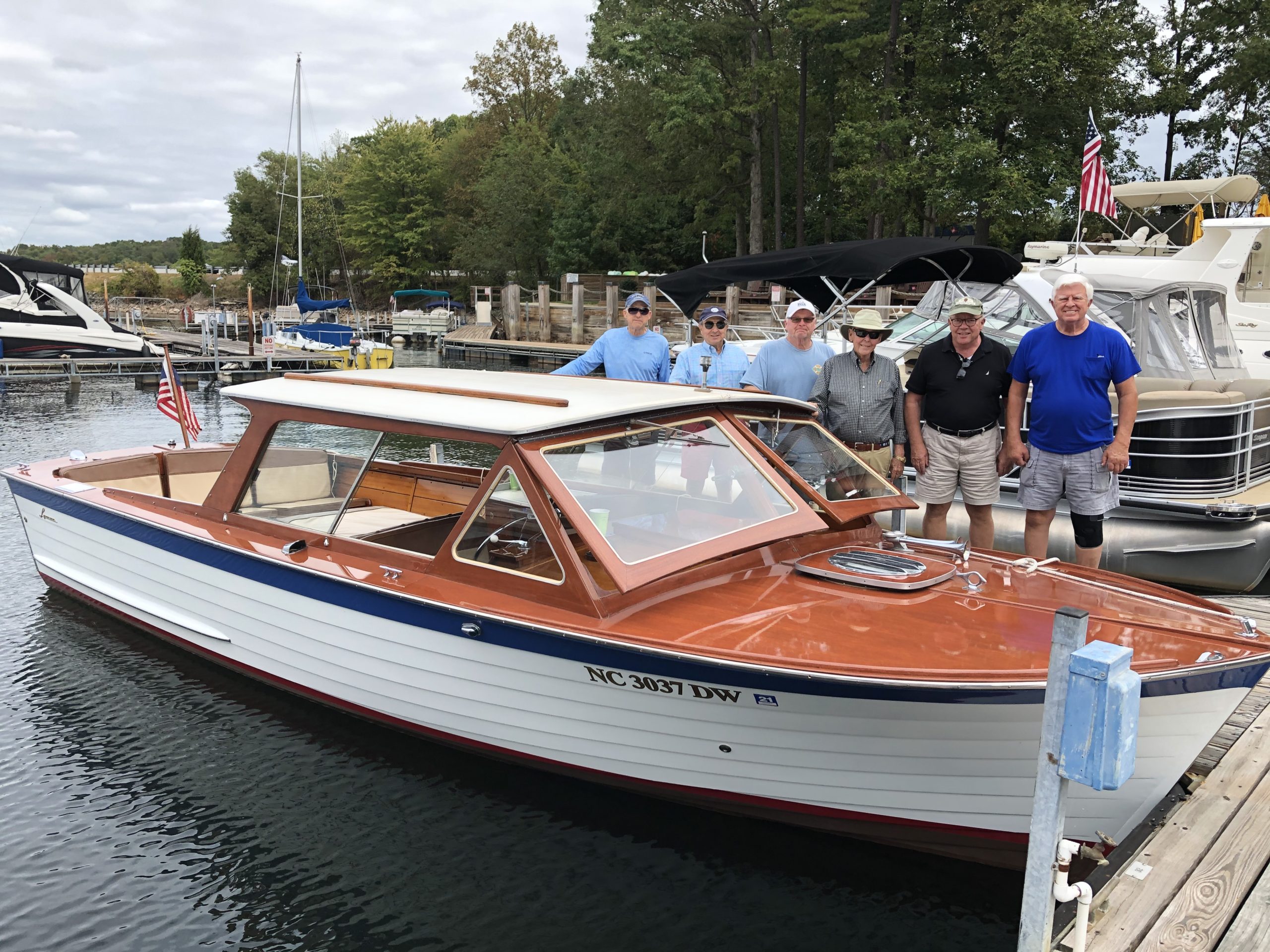 By Mike Sabbagh member of the Blue Ridge chapter

Growing up in the Cleveland area on the shores of Lake Erie we got into boating and all sorts of water sports in our teens. My older brother bought the first boat in the family, a 14’ Chris-Craft runabout with a 35hp outboard. We’ve owned several wood, aluminum and fiberglass boats We did a lot of walleye fishing around the Bass Islands in western Lake Erie and plenty of water skiing and cruising.

While we always felt safe on the Lake, we didn’t have the most comfortable boat on the water. Anyone who’s boated on the Great Lakes knows how quick a calm sea can turn into a 3’ or 4’ or more chop with white caps whipping across the wave crests.

We often needed to slowdown and still took a beating. But those lap strake Lymans seemed to just glide through the waves. Manufactured for 100 years in Sandusky, Ohio right on Lake Erie, there were always plenty of Lymans to admire. They made a great boat but switched to fiberglass too late to retain their core business. They closed for good in the late 80’s.

In 1986 we moved to Mooresville, NC near Charlotte. I was fortunate enough to find a home on Lake Norman and the fun continued; especially for my four sons who water skied, knee boarded and played on this 35,000 acre lake.

Fast forward to 2010. I returned with some friends to Lake Erie for a few days of walleye fishing. The charter boat we took was docked on the Vermilion River. I was astounded to see all of the old Lymans along the River. That was it, I decided to finally get one of those great Lymans.

A year later two of my sons and I sold our two fiberglass boats and together bought our 25’ 1965 Lyman Sleeper. We found her in Cleveland, from the son of the original owner, Charles Fuller. Aptly named Chuck Full. She has a factory hard top and several upgrades. I especially like the finished interior mahogany planking.

Chuck Full had been used hard in her early years. So in 1986 the son, John Fuller, returned her to the factory for a 1 year rebuild. Since John was an Oldsmobile car dealer, he had the Grey Marine engine replaced with a 260 hp Oldsmobile 350 cubic inch marine engine.

When we bought the Lyman she was still in great shape. The buying process was almost like an adoption procedure. John had grown up with Chuck Full and he wanted to make sure she ended up in good hands. Along with the boat we got stacks of paperwork, including the original sales order and invoice, detailed pictures of factory visits during the rebuild, cancelled checks and a gazillion spare parts.

We’ve done some refinishing from time to time and she continues to be in fabulous condition. When the mahogany transom was sanded we changed the name to Grand Lady. She stays on Lake Norman and is a great boat for adult cruising. But when the grandchildren come, she gets her exercise pulling the kids on tubes and skis.

One of my favorite uses of Grand Lady are lunch cruises with my “Old” pals. A clam digger cocktail always sets the mood. A few years ago on a poker run one of my friends said he felt like royalty on the boat.
We are members of the Blue Ridge chapter of ACBS and have exhibited Grand Lady at several shows on Lake Norman. We were disappointed when this local boat show moved to Lake Lure last year, but we still plan to enjoy the friendship of this great boating community.