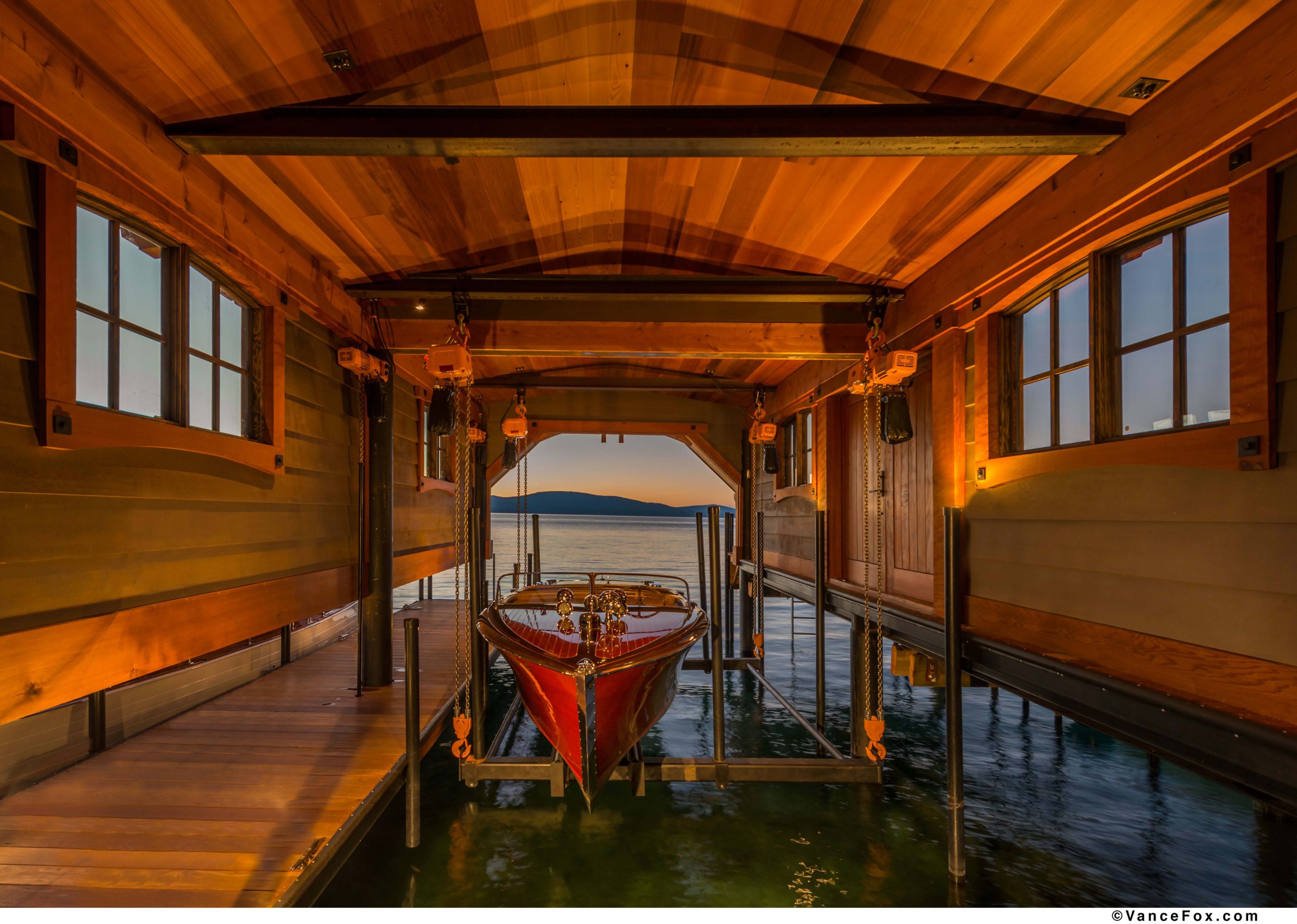 GUTH-A-WIN-GA II is a custom 23’ 1940 Chris-Craft Triple Cockpit powered by a 200hp engine. This boat, originally ordered with orange deck striping, left-hand steering and custom windshield, was delivered new to Lake Tahoe in June of 1940 for owner Hall C. Ross of Hillsborough, California, who named the boat after his Hurricane Bay estate. Only 32 of these boats were produced that year. This model boat sold for approximately $2,990 when new. The boat’s original engine was a Chris-Craft W; a 400+ cubic inch power plant producing 160hp. Its top speed was approximately 40mph. A custom detail required by Ross was her pigskin upholstery unique among Tahoe woodies. Several lucky families have owned this boat over the years, but today she is the cherished toy of ours, that we purchased in 1989. She was completely restored in 2005 and today is still enjoying life at Tahoe.

It is rumored that GUTH-A-WIN-GA is an Indian Washoe name meaning either ‘Peaceful waters and resting place’ or ‘Red Bird that flies backwards’.